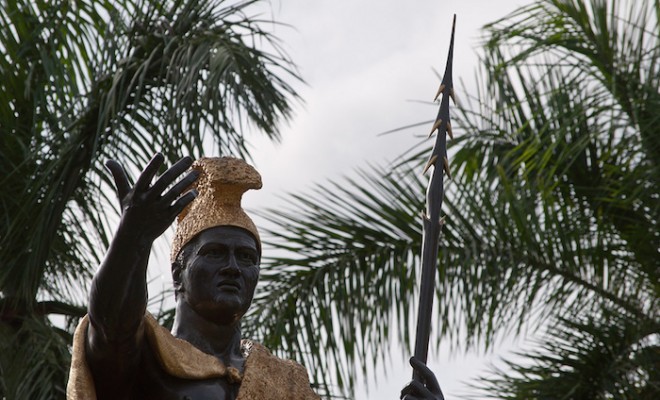 PENTAGON HAS NO PLANS OF LEAVING THE REGION, REPORTS SAY

HAWAII (INTELLIHUB) — China is making a push to arm independence activists on the islands to oust the U.S. military from the region after bitterness from 1898 annexation by the U.S. still exists within the Hawaiian Nation.

Chinese Ying Pai are ready to arm several groups of Hawaiian independence activists after catching wind of recent U.S. arms deals made with Taiwan, and now the U.S. military sees this as a threat.

Another indicator of Chinese interest in fomenting unrest in Hawaii surfaced in 2012, when then-Secretary of State Hillary Clinton revealed Beijing had threatened to assert legal, territorial claims over Hawaii.

Clinton said U.S. ownership of Hawaii came up during talks with the Chinese after she pushed back against Beijing’s destabilizing territorial activities in the South China Sea.

“At one point in one of my long discussions about this, one of my Chinese interlocutors said, ‘Well, we could claim Hawaii,’” she said. “I said, ‘Well, go ahead, and we’ll go to arbitration and prove we own it. That’s what we want you to do.’”

The Hawaii sovereignty movement is made up at least 10 groups that are seeking some form of independence from the United States and the re-establishment of the monarchy ousted in 1893, with the support of the U.S. government and a company of U.S. Marines.

The movement is non-violent and its protests in recent years have been limited to temporary takeovers of government facilities.

Although while this push by activists may not be realistic as over 300,000 U.S. military personnel are stationed throughout the islands along with the National Security Agency (NSA) who also has its hand in the mix with its “Kunia” operation, which is essentially a spin-off of Echelon, making a pissing match tough.

It has also been reported that the Native Hawaiian people are upset, bitter, about being lumped in as an “American Indian tribe” by the U.S. government’s definition, causing further tensions as they strive to be weaned from the tit.

However, if the Hawaiian Kingdom succeeded with their plans for independence it reports conclude that it would be up to Kingdom officials to decide whether the U.S. military would stay or go possibly opening the door to communist China, who may be funding the new endeavor, to step foot onto the islands.

However the Pentagon has no plans to willingly withdraw from the region even if independence is achieved, further fueling the fire for conflict.

Unified in 1810 by King Kamehameha I, Hawai‘i was recognized internationally as an independent country in 1843. Fifty years later, the Kingdom of Hawai‘i had treaties with nearly all the sovereign states in existence, including five with the United States. In 1893, Queen Lili‘uokalani was overthrown by sugar businessmen backed by a company of US Marines. President Grover Cleveland called this unauthorized intervention an “act of war,” withdrew the proposed annexation treaty and agreed to reinstate Lili‘uokalani. A standoff between the president and Congress over the question of annexation prevented any action for five years. When William McKinley took office in 1897, he attempted to pass a second treaty but failed. A year later, he and the annexationists in Congress decided, in the words of Congressman Thomas Ball of Texas, “to do unlawfully that which can not be done lawfully.” In 1898 they annexed Hawai‘i via joint resolution.

Nearly 100 years later, in 1993, Congress issued a formal apology to the Hawaiian people for the overthrow. But it is the subsequent annexation by resolution that lies at the heart of the current drama. Acceptance led to support for a semi-autonomous nation within a nation; non-acceptance spurred efforts to restore an independent government., reported The Nation.