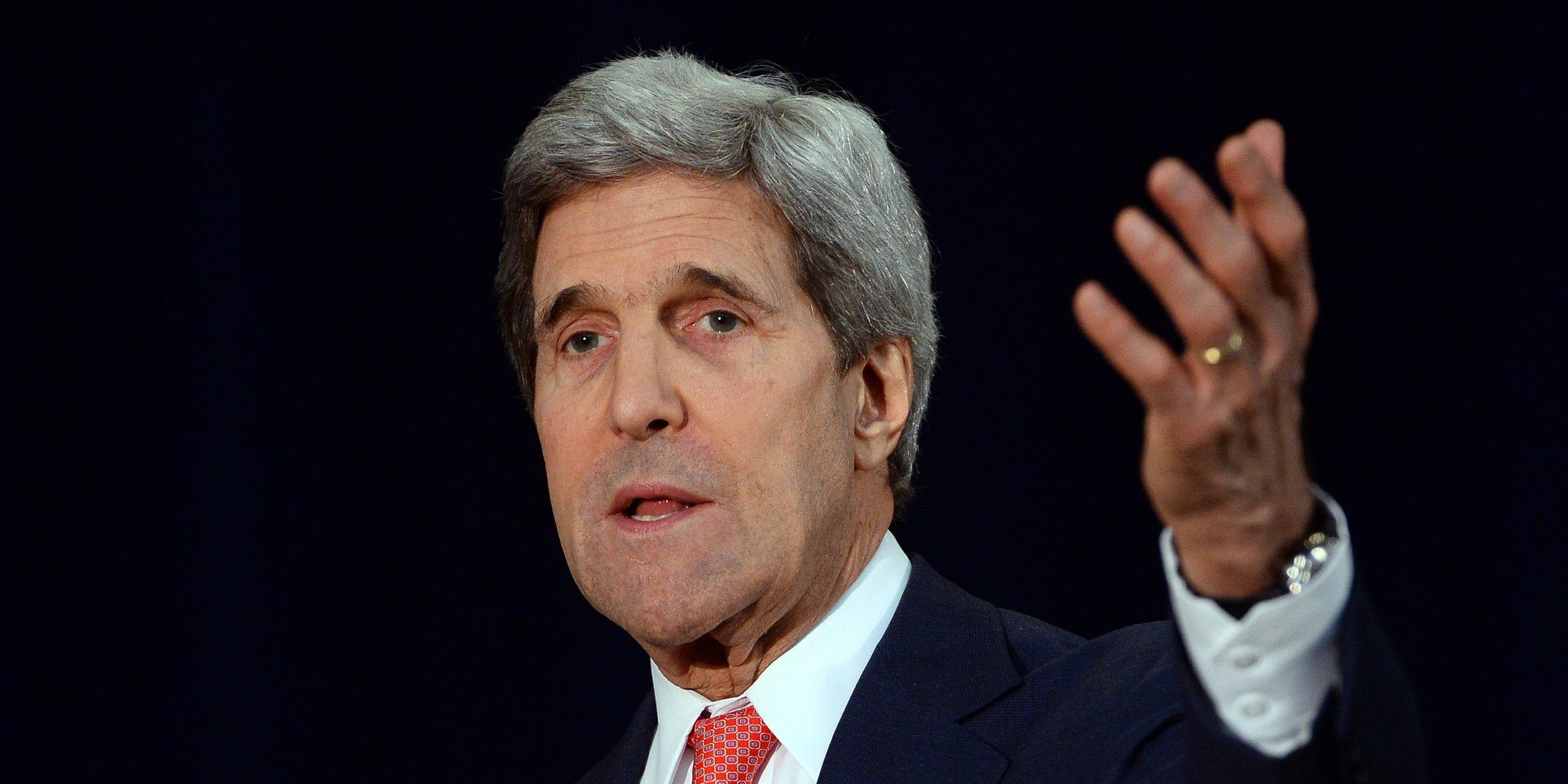 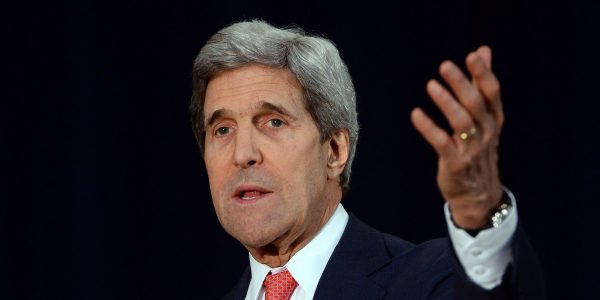 The Obama administration becomes more bizarre at every turn. Leading the pack in the bizarre this week is none other than Secretary of State, John “Lurch” Kerry. According to the Daily News, Kerry will select an open sodomite diplomat to “oversee international human rights advocacy for LGBT people.” Kerry will vet candidates for the “specialized” position with the final determination being made at the end of this month. The perfect candidate will be an open sodomite and an already trained diplomat. Of further interest, the position will not require Senate confirmation.

Naturally, this move was championed by the LGBT (Lesbian, Gay, Bi-Sexual and Transgender) advocacy group, the Human Rights Campaign, since homosexuality is a criminal offense in much of Africa and the Middle East. In Yemen, Iran, Saudi Arabia and Iraq, homosexuality is punishable by death while Belize, Barbados, Afghanistan, India and Pakistan punishes homosexuals with jail time. In looking at where these violations occur, one can see the majority of these countries are Islamic.

Chad Griffin, Human Rights Campaign president, said in a statement issued Thursday, “We look forward to working closely with whomever is elected for this new role, as we continue to push back against laws and attitudes that lead to human rights violations against LGBT people.”

First of all, human rights violations against all people occur in the majority of these countries because of the one thing our government refuses to acknowledge as the problem – Islam, an egregious, totalitarian, political, legal, justice system that masquerades as a religion. Practitioners of Islam enslave men, women and children, traffic women and girls as sex slaves, murder Christians, Yazidis and other non-believers while committing horrendous acts of violence and oppression that barely get an “aaah” from high ranking officials in our government. Yet, our government’s first concern is the treatment of LGBT individuals in those Islamic majority government countries.

Obama and his ilk care not that human rights violations occur against all non-Muslims and Muslim women and children in these countries, and neither does the LGBT advocacy group, Human Rights Campaign. They continually miss the mark that the problem is Islam, which breeds unreasonable bigoted hatred towards anyone who is a “non-believer,” promotes misogyny, condones pedophilia, sodomy and rape and eradicates unalienable individual rights for everyone in Islamic dominated countries. After all, they contend Islam is the “religion of peace,” exhibiting great tolerance and those perpetrating these violations are following some “bankrupt ideology,” have hijacked what Islam is and engages in extremism. According to these individuals, these “extremists” are not following the Qu’ran or the teachings of Muhammed; but have “misinterpreted” passages or taken passages “out of context” to suit their actions. It is a whitewashing of Islam for a purpose.

Being non-Muslim is a crime punishable by death in some of these Islamic countries because that is what Islam teaches, unless the non-Muslim pays a jizya, converts or is taken as a slave. It is part of Shariah law. Failure to be able to pay the jizya ultimately results in death.

While the Muslim Obama lavishes extravagances upon Muslim leadership at the White House, he advocates for the LGBT community. He fills key sensitive government positions with members of the Muslim Brotherhood, converts to Islam and other Muslim organizations. His right hand “man,” Valerie Jarrett, is from Iran and surely a Muslim. Remember, Islam is Islam and the leaders of Islam advocate for Shariah law, which includes killing all non-believers, homosexual or not. Obama cannot be for both and has even stated he would stand with Muslims should the winds blow that way. Is no one in the LGBT community paying attention to Muslim organizations establishing what they call “shariah tribunals” in Texas of all places? Has no one in the LGBT community been paying attention to the push for Shariah law by Muslims here in the United States that is supported by Obama and his ilk?

The goal of Islam is to conquer the world, bring everyone under its rule and institute Shariah law – law that supports human rights violations.

To put it bluntly, Obama supports anything that is anti-Christian, anti-Jewish and special interest to further his agenda. He is a Muslim and openly supports Islam, the Muslim Brotherhood and any Muslim organization that seeks to establish a caliphate and implement Shariah law; and, he will use anything, everything, anyone and everyone he can that will hasten the plan. The LGBT group is just the latest on the list of useful idiot tools. These “tools” have bought his fodder hook, line and sinker.

It has already been established that Obama is a mythomanic or fanatical, habitual liar. These groups that Obama panders to continually believe every word that he spits forth. Make no mistake, there is an agenda to appointing or creating a diplomatic position to “highlight” human rights violations against the international LGBT community while ignoring human rights violations against other groups. Whether it is further US backed coups against foreign governments to instill strict Islamic governments, increase the chance of the Islamic State taking over the entire Middle East, the destruction of Israel or the destruction of the United States, Obama is a user of special interest groups to hide a more devious plot.

Evidently, the LGBT community has forgotten that Obama supported the Muslim Brotherhood in Egypt, who committed gross human rights violations against all Egyptian citizens. They have also forgotten the US government helped overthrow the Gadhafi regime in Libya after Gadhafi agreed to cease his atrocities and work with the United States, which he did. It plunged Libya into a nightmare of Islamic terror and four Americans were killed in Benghazi, not to mention the number of Christians murdered, girls kidnapped, raped and enslaved, and the mass murder of entire villages. But, none of this is as important as the treatment of LGBT individuals abroad.

Islam and its followers do not recognize any other religion, which includes this farce called “human secularism” and the non-belief system of atheism. So, Mr. Chad Griffin needs to explain how the LGBT community is going to change these “attitudes and laws” that are an integral part of Islam as they are contained in the Qu’ran and Hadiths. It’s not going to happen. It does, however, identify a diplomat to be murdered at the hands of the head choppers of Islam while painting a target on LGBT individuals and their supporters in these countries.

If Obama and his administration were so concerned about human rights, the US would extend asylum to non-Muslims who are being violated, enslaved or systematically murdered by the followers of Islam. The administration would seek to support the protection of the children who are being used by Muslims in every unimaginable way possible. Instead, Obama supports and actively works to immigrate more followers of Islam to the US. While Obama remains silent on these atrocities, he promotes “doing anything to save just one child” when it comes to infringing on the Bill of Rights and classifies these atrocities as everything but steeped in Islam.

The problem is Islam and governments who seek to eradicate unalienable rights from the citizens of their countries, regardless of what group to which those citizens belong. The Obama administration, his ilk and many in the US government will not state that fact and identify that simple tenet, since it is Islam they support. They can’t even call these acts for what they are nor those who commit these acts as “Islamic terrorists.” Obama has now designated these terrorists as “armed insurgents.” It is just another way to whitewash and diminish the problem.

This appointment is only for show and comes from a hypocritical government that works day and night to eradicate the unalienable rights of its own citizenry, support an ideology antithetical to our founding and keep the people divided.