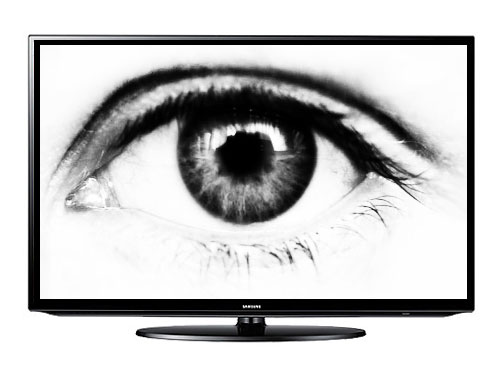 I think I was born in the wrong time period. Either that, or no matter what year it is, it’s really just 1984 over and over again.

You know things have gone just a bit south when the privacy policy customers receive when they purchase a new Samsung internet-connected smart TV warns them that anything they say near their television set will be RECORDED AND SENT TO A THIRD PARTY:

Careful what you say around your TV. It may be listening. And blabbing.

A single sentence buried in a dense “privacy policy” for Samsung’s Internet-connected SmartTV advises users that its nifty voice command feature might capture more than just your request to play the latest episode of Downton Abbey.

“Please be aware that if your spoken words include personal or other sensitive information, that information will be among the data captured and transmitted to a third party,” the policy reads. [emphasis added]

Voice recognition is supposed to be a selling point for people who are too lazy to use their remote, but if you are too lazy to pick up a remote in a first place (the remote itself was supposedly created because we were all too lazy to get up and press the buttons on the TV console), then you probably have other issues.

Still, you might want to be aware of the fact that if you talk about, well, anything near your television, your television is going to record your voice and send it to third parties.

What constitutes “near” the television? The privacy policy doesn’t specify. What constitutes a third party? I’m sure the government and its numerous spy agencies are on that list, right next to any number of corporations who want to sell you crap based on what you discuss in the privacy of your own home.

Oh and by the way, the television also comes complete with a camera that will facially recognize you in lieu of a manual password input. But I’m sure it only does that when you specifically ask it to, right? It also comes with “gesture control” which learns to recognize your gestures to control the television as well. I wonder what happens when you give it the middle finger? In Britain it’s probably an anti-social thought crime to flip off your own TV.

And remember! You consented to having this spy device in your home when you bought it… But how many people who buy it are even reading the fine print in the privacy policy anyway? Who wants to give away this much personal information every time they watch TV?

Oh wait, I guess the nonexistence of privacy is super trendy now.

It seems all those murmurings about how we’re living in an electronic concentration camp with invisible bars on the windows aren’t so crazy after all… and people are definitely learning to love their servitude.