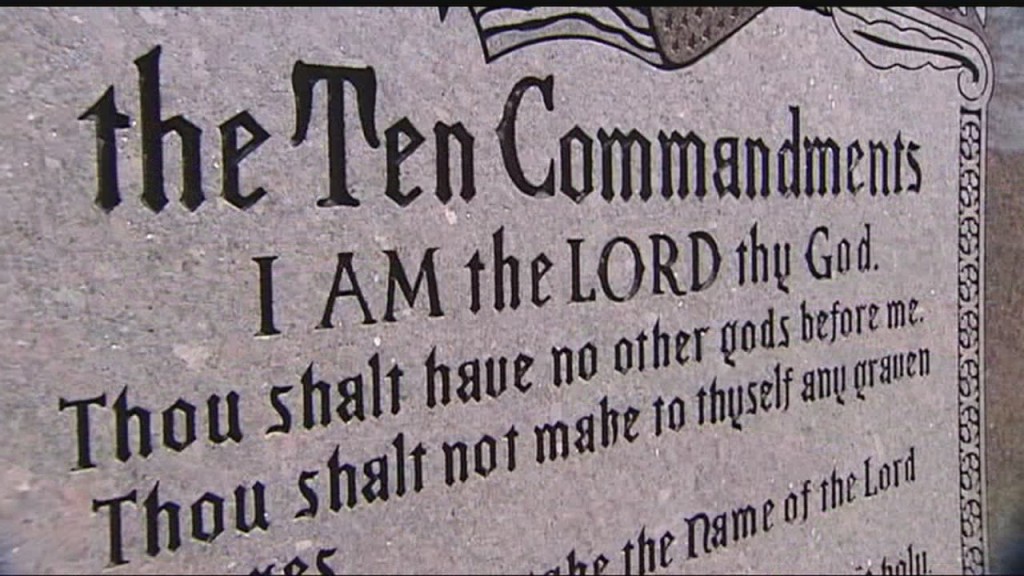 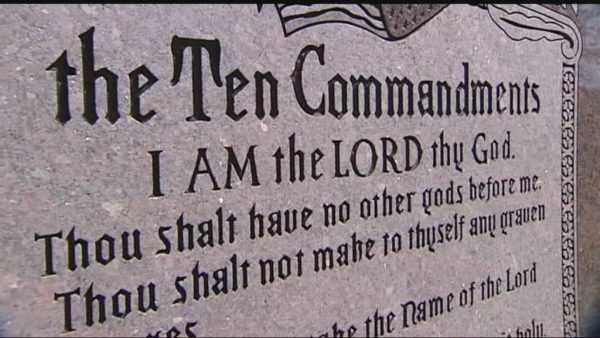 CNN, the Communist News Network, invited Alabama Chief Justice Roy Moore on to discuss the redefinition of marriage argument that is taking place across the country and specifically in the State of Alabama. However, I’m sure it came as a shock to Moore, as well as many other patriotic Americans when morning anchor Chris Cuomo claimed that our laws don’t come from our Creator.

During the course of the conversation, Justice Moore told Cuomo, “Everyone has a right to equal protection and equal application of the law. Every person in this country and in this state has a right to marry a person of the opposite sex according to the original definition of marriage.”

Cuomo asked why people of the same sex could not engage in marriage. “That’s clearly in the bounds of equal protection,” he said, completely oblivious to how America’s founders dealt with sodomites.

“Because that’s not in the historical definition of marriage, never has been,” Moore retorted. “It’s going to be created, if it is created. I do not believe it should be or would be.”

Cuomo then challenged that definitions should change and tried to equate black equality with deviant sodomite behavior.

But Moore pointed back to the issue that marriage is defined by law and that rights don’t come from the Constitution. They come from God and that is clearly stated in the Declaration of Independence.

“Our laws do not come from God, your honor, and you know that,” said Cuomo. “They come from man.”

However, Moore shot back, “Let me ask you Chris, is the Declaration of Independence law?”

“You would call it organic law as a basis for future laws off of it,” he answered.

“Our rights do not come from God,” Cuomo blurted out. “That’s your faith, that’s my faith, but that’s not our country. Our laws come from collective agreement and compromise.”

Moore then said that it wasn’t a matter of faith, but a matter of organic law. He then cited the Declaration of Independence.

“We hold these truths to be self-evident, that all men are created equal, that they are endowed by their Creator with certain unalienable Rights, that among these are Life, Liberty and the pursuit of Happiness.–That to secure these rights, Governments are instituted among Men, deriving their just powers from the consent of the governed…”

With a name like Cuomo, you have to think that he is a communist at heart. To be quite frank, the apple doesn’t fall far from the tree. Chris is the son of former New York Governor Mario Cuomo and the brother of the current Governor of New York Andrew Cuomo.

Apparently, Cuomo failed his civics lesson, because anyone can easily understand where our rights (liberties) comes from in our Declaration of Independence.

Look, the issue at stake was about redefining marriage into something it is not. I’ll break it down for anyone out there with an IQ of 5. Ready?

Marriage is simply defined as between two people of the opposite sex, a man and a woman for life (Matt. 19:4-6). (Don’t give me an argument about some of the patriarchs of the Bible either. Even in their sin of polygamy, their covenant was always between the man and a woman. The covenant was not between the man and the women nor the women with each other and the man. Polygamy was presented as a historical fact in the Scriptures, not something commanded to be engaged in and it always brought troubles to the household that engaged in it.) Anything else is not marriage. Marriage cannot take place between an inanimate object and a person. It doesn’t take place between animals, and it does not take place between two men or two women, period. That is called sodomy (crimes against nature, or more accurately “crimes against God”).

Once again friends, if we would deal with sodomy in the manner God prescribes in His law, we would never have the discussion of redefining marriage into something it is not.

I wonder how Mr. Cuomo would feel about us changing the definition of the press (something like what Senator Dianne Feinstein wants to do) to only those who are not paid and who are not part of a corporation? I wonder how he would feel about having his free speech squashed? Those things are part of the rights he has, but I’ll bet you would hear him sing a different song if this was applied to what he engages in.

When men like Mr. Cuomo think their rights come from other men (government), that is when they should not expect to be surprised that government will usurp the authority it does rightfully have and engage in tyranny, which is exactly what we see now.

I’ll bet Cuomo would think that we are a democracy too, but we’re not.