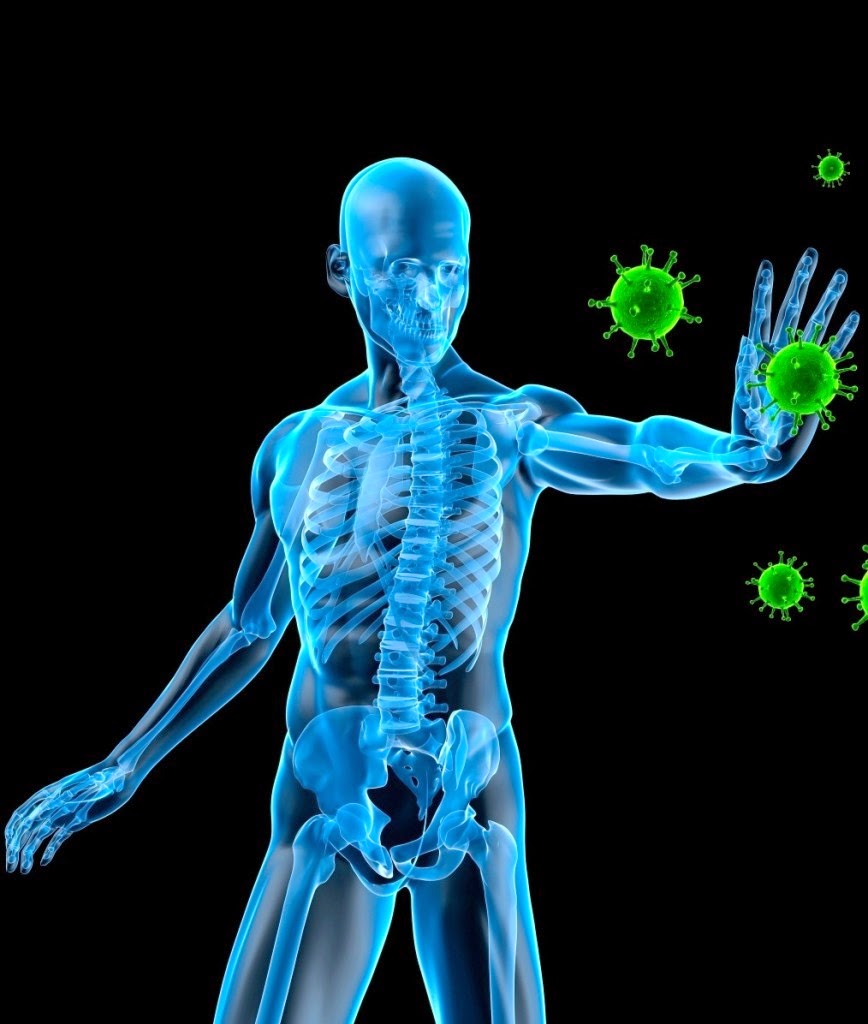 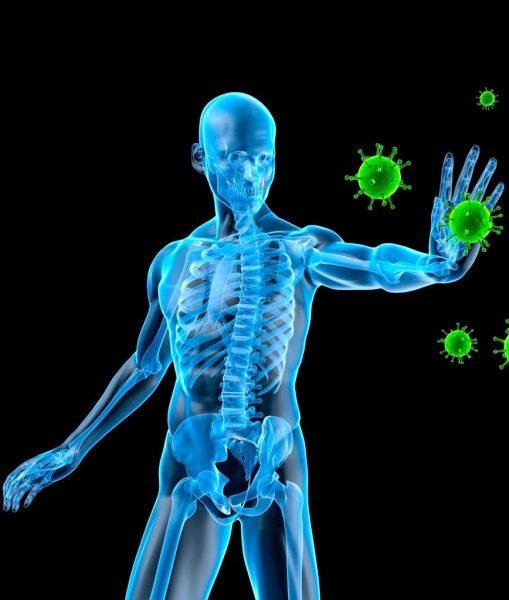 Hype a war, sell an invasion.

Hype a disease, sell a vaccine.

That’s the business model. Make no mistake about it.

And at the criminal liar’s club called the US Centers for Disease Control, men and women are working that business model every day.

Here are 13 reasons to reject the current hype about the “measles outbreak.”

One: Above and beyond all other reasons is the CDC’s track record of lying. There is no reason to believe anything they say or publish. And I mean anything.

For example, during the so-called Swine Flu epidemic of 2009, as Sharyl Attkisson reported for CBS News (10/21), the CDC stopped counting Swine Flu cases in America.

The real reason, as Attkisson discovered? Almost all the blood samples from likely Swine Flu patients in America, when sent to testing labs, showed no sign of Swine Flu or any flu.

For anyone who could see, the CDC was exposed as a complete and utter fraud. They were hyping the danger of the “epidemic” and the need for people to take the vaccine, based on zero evidence that there was an epidemic.

Yes. It sounds impossible, but it happened.

You have to understand that the CDC is THE US reporting agency on numbers of cases and types of cases of disease.

So…believing anything the CDC says now about the “measles outbreak” is like believing someone who wants to sell you condos on the dark side of the moon.

Two: The CDC is in the business of promoting vaccines. That’s how you make sense of such egregious lying. But that’s not all. The CDC’s budget includes huge money for the purchase of vaccines.

Here, from the “HHS 2015 Budget in Brief—CDC Budget Overview,” we have this statement: “CDC’s $4.8 billion immunization program has two components: the mandatory Vaccines for Children (VFC) program and the discretionary Section 317 program…In FY 2015, the Section 317 Immunization Program will continue to provide federally purchased vaccines to protect uninsured Americans from preventable diseases…CDC will work to…purchase and deliver vaccine for at-risk populations…”

If you buy tons of vaccines, the business model dictates you promote fear about the need for the vaccines; you promote “outbreaks” and “epidemics.” It’s just business, not science, not truth.

Speaking of science, the CDC is also a research center, where many studies on vaccine safety and efficacy are conducted.

Do you expect that, while spending billions on the purchase of vaccines, the CDC will permit the publication of studies that conclude any of those vaccines (such as the measles vaccine) are unsafe and ineffective? Are you kidding?

Three: Regarding the current measles “outbreak” (a mere purported 150 cases, no deaths), where is the ironclad evidence that cases in more than a dozen states all stemmed from Disneyland—as opposed to occurring naturally in separate areas of the country?

Five: Among the potential adverse reactions to the measles vaccine is measles. Where is the proof that this has not happened?

Six: Where is the proof that the 150 cases of measles are all actually measles? For instance, conventional research indicates that an adenovirus (not the measles virus) can create the symptoms of measles.

Seven: Where are the lab tests (and which tests did they use?) to confirm that all the 150 current cases of measles are actually measles?

Eight: Children receive the measles vaccine as part of the MMR vaccine. As I’ve reported many times, there is a major scandal being covered up at the CDC regarding that vaccine.

Thompson, a long-time researcher at the CDC, confessed that he and his colleagues, Coleen Boyle and Frank DeStefano, omitted vital data from an MMR-autism study in 2004.

Omitting the damning data allowed the study, published in the journal Pediatrics, to conclude there was no connection between the MMR and autism—when there was a connection.

Nine: In 2014, 644 cases of measles were reported in the US. Where is the proof that these cases occurred in unvaccinated children?

Ten: It’s clear in the case of the measles vaccine (and every vaccine) that proper standards of informed consent are being violated every day in the US. Doctors are not telling the parents of children about risks associated with the measles vaccine or about toxic substances contained in the vaccine. This violation is a crime.

Eleven: Most cases of measles are mild. Children recover without treatment. I see no studies analyzing the comparative nutritional levels of children who have mild vs. more serious cases of measles. This is an obvious area for analysis.

However, if the results showed that children with good nutrition tend to have milder measles, then the method of prevention would be obvious. Obvious and non-medical. Non-profit-making.

Twelve: What is in MMR vaccines? Aside from the measles/mumps/rubella viruses, the two current MMR vaccines contain a number of items, according to the CDC’s Vaccine and Excipient and Media Summary.

You can look up the meanings of these items at vaccines.procon.org and other sites. Keep in mind, as you read the list, that these substances are injected into the bodies of children, thus bypassing several ordinary portals of immune-defense.

Or to put it another way, imagine a doctor telling a mother: “I want to inject a whole list of chemical and biological substances into your young child. You don’t mind, do you?”

Thirteen: Back to the CDC’s history of lying about disease, in order to promote vaccines.

In March 2006, Harper’s published a stunning article by Peter Doshi: “Viral Marketing; The Selling of the Flu Vaccine.” Author Doshi discussed a key presentation at the 2004 National Influenza Vaccine Summit, where speaker and CDC flack, Glen Nowak, outlined a recipe for promoting vaccines to the public.

One: Sell the idea that the flu can “occur among people for whom influenza is not generally perceived to cause serious complications (e.g., children, healthy adults, healthy seniors).”

Translation: expand the target market for the flu vaccine—pretend that the people who would never need protection from the flu do need it.

Three: Make sure we are “framing…the flu season in terms that motivate behavior (e.g., as [flu is] ‘very severe,’ ‘more severe than last or past years,’ ‘deadly’).”

Four: Release continuing updates “from health officials and media” to emphasize that “influenza is causing severe illness and/or affecting lots of people–—helping foster the perception that many people are susceptible to a bad case of influenza.”

Five: Present “visible/tangible examples of the seriousness of the illness (e.g., pictures of children, families of those affected coming forward) and people getting vaccinated (the first to motivate, the latter to reinforce).”

CDC PR flack Nowak, on National Public Radio, explained the real crisis at the CDC by referring to the CDC’s client—every PR firm has a client for whom they work: “… the manufacturers were telling us that they weren’t receiving a lot of orders for vaccine for use in November or even December … It really did look like we needed to do something to encourage people to get a flu shot.”

Well, sure. That’s the job. That’s what PR firms do.

And when the CDC has billions of dollars to promote their messages and “do research” that confirms those messages, they’re in the driver’s seat.

Just in case you think the CDC is engaging in good work by promoting flu-fear, because the flu really is a highly dangerous disease in the US…and “PR hype is a necessary strategy in this modern age”…

The CDC employs straight PR lies when it counts the number of flu deaths every year in the US. Even in its statistical tables, the CDC is carrying out sheer fraud.

Nowak didn’t mention that during his dog and pony show at the Vaccine Summit. It would have exposed the whole game.

Some years ago, when I was writing about the flu at nomorefakenews, I received emails from Peter Doshi and Martin Maloney. They fed me data from the CDC’s own charts detailing flu deaths in the US. And they pointed out the lies.

Doshi went on to write an analysis for the journal BMJ Online (December 2005). Here is a key quote from his report:

You might want to chew on that sentence for a while. Only 18 confirmed cases of the flu in a year in the US.

Talk about egregious hype, in order to sell a vaccine.

When selling fear doesn’t convince enough of the population to obey, the next step is selling the fear along with calls for mandatory obedience, by law, by force. That’s exactly what’s happening now. Forced poisoning of babies, children, the whole population.

*NEW* BREAKING: Mark Zuckerberg Just Made MASSIVE Announcement To FACEBOOK Employees- This Could Be The END
America's Freedom Fighters