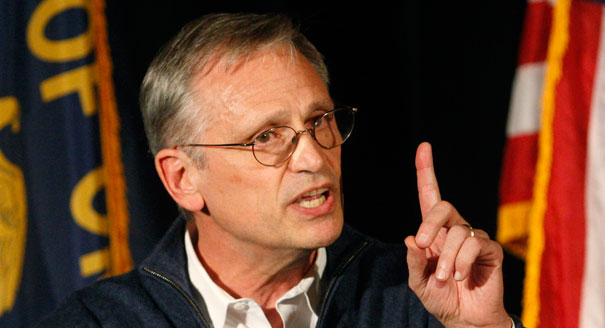 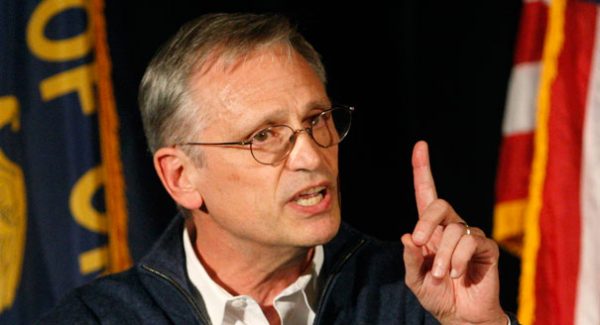 The circus never ends in Washington, DC. Ringling Brothers/Barnum and Bailey missed a golden opportunity to tap into the “clown” show of the elected officials that make up the House and Senate. Case in point is the “clown” Rep. Earl Blumenauer (D-OR). Blumenauer has introduced his “Enough is Enough” plan that calls for “‘more research on the health effects of guns.'”

Blumenauer’s “Enough is Enough” plan looks back to how the U. S. government addressed tobacco use and automobile safety in years past and calls for a similar approach to guns.

“The Surgeon General’s report on tobacco was a major catalyst for the efforts to reduce tobacco use. Ralph Nader’s research captured headlines and focused public attention on automobile safety. Similarly, we need more research on the health effects of guns. We can start by improving the ability of researchers and the federal government to study and share information about guns,” according to the plan.

First of all, many in America could save the “researchers and the federal government” millions of dollars when it comes to the “health effects of guns.” Guns have no bearing on the health of the millions of law-abiding gun owners in this country. Gun owners are not eating bullets or ingesting any part of a gun. So, in comparing guns to tobacco, that should answer that question.

Second, there is already focus and public attention on gun safety by law-abiding citizens through several organizations, such as the Nation Rifle Association, who stress safety – knowing how to properly handle guns and firearms, how to care for them, carry them and operate them safely. Any responsible law-abiding gun owner practices these tenets. But, just as with automobiles, accidents will happen and have happened. Even as the safest automobiles and the safest drivers have accidents, accidents do occasionally occur with firearms. But, there are more automobile accidents than gun accidents. Funny, you never hear about “banning” automobiles or “automobile control.”

Third, the health benefits of law-abiding gun owners is peace of mind to be able to protect themselves, their family and property from criminals thereby relieving the stressful worrying of feeling vulnerable against crime. Stress can produce many harmful health effects and reducing stress has shown to be beneficial to an individual’s health.

The only health risk with guns comes to an individual who seeks to commit a crime against a law-abiding gun owner or police officers who participate in “no-knock” raids in violation of the citizen’s rights.

Here is the crux of the plan: improving the ability of researchers and the federal government to study and share information about guns.

In other words, this plan would give “researchers,” such as Gabby Giffords’ group, Moms Demand Action, and Mayor Bloomberg’s gun control push, the opportunity to “fudge” statistics in order to push the gun control, registration, confiscation scheme. Giffords’ group has already been caught “padding” the numbers to support restrictive gun control measures. Mayor Bloomberg, who gave a speech at the Aspen Institute, suggested that guns should be kept out of the hands of young, male minorities. Bloomberg’s sentiments sounds a lot like discrimination based on age and race, when there are plenty of law-abiding young, male members of minority groups. Moms Demand Action seek to expand “gun free zones” in the name of preventing being “faced” with armed strangers while shopping. These “moms” don’t count that criminals with guns are strangers who refuse to obey the law, but it’s the law-abiding gun owner they’re worried about. Their solution is to create more zones for a criminal “free for all.”

The plan produced by Blumenauer seeks to involve health care professionals by “increasing the role of doctors and nurses in the debate on guns.” According to the plan, “Just as your physician would encourage you to stop smoking, or to put your child in a car seat, they should be able to ask questions and give advice about guns. People know and trust their doctors; when doctors encourage safe gun practices, people listen.”

How nice of this “plan” to go along with Obamacare in having physicians and nurses ask about guns under the guise of “giving advice about guns.” First of all, as much as anyone may trust their physician, guns are not a health care issue. Physicians and nurses have no place asking anyone about or advising anyone on guns. Personally, it doesn’t matter how much I trust my physician, there are still recommendations that he makes that I choose not to follow – such as take the flu vaccine – after long, sometimes heated discussions.

At no time in nursing school do I ever remember getting extensive education regarding types of guns, how they operate or how to properly handle a firearm to be able to “advise” anyone on guns. One can bet it doesn’t occur in medical school either. All of the education on guns and firearms I received came from my father. The only advice government wants doctors and nurses to issue is “get rid of your guns” or “don’t get a gun.”

The key to this part of the plan in “doctors encouraging safe gun practices” is three fold. First, it would identify in the medical records, which under Obamacare the government is now privy, who are gun owners. Second, doctors, under Obamacare, are encouraged to dissuade individuals from owning guns. Last, but not least, it leads to the government being able to compile a list of gun owners and potential gun owners as targets for confiscation under bogus “medical reasons.”

Some other steps of the plan include “Improving the Mental Health System,” “Increasing Product Safety,” and “Controlling Access to the Most Dangerous Products.”

Anyone paying attention to the government plan for gun control knows exactly where all of this is leading. With regard to the “mental health” system, the American Psychiatric Association has listed in their DSM manual “invented” mental disorders targeted at constitutional conservatives that would render individuals in that group as suffering a mental illness, which, in effect, could prevent them from exercising their right to bear arms or removing that right altogether. Controlling access to the most dangerous products amount to prohibiting some arms from being purchased by citizens. And, we all know where “increasing product safety” is going.

If there is any doubt, here is what is in the plan.

“There is tremendous variability in gun designs and features. Some are best used as tools or for sport – specifically designed for hunting or target shooting. Other guns have pistol grips, barrel shrouds, and magazines that are detachable or attach outside the pistol grip. These features can allow a shooter to fire a large number of rounds at an extremely rapid pace without reloading. Commonly referred to as assault weapons, they are designed to be highly deadly.”

Is “highly deadly” being used like some use “a little bit pregnant” or “very pregnant?” Dead is dead and pregnant is pregnant; there are no degrees. But, this speaks to the manufacturing of firearms in that it would limit or prevent certain guns and/or magazines to be manufactured.

Here is another point to the Blumenauer plan. “Restrictions on assault weapon availability and magazine capacity can be a small but important step in addressing the lethality of mass shootings.”

All of this is “disguised” under studying the “health effects of guns” in order to implement gun control. Of course, Obama’s new surgeon general, Vivek A. Murthy, MD, is an avid gun control advocate who stated that guns were a health care issue. Isn’t it interesting that Blumenauer would take that approach with Murthy occupying the “top doc” position in America? While Murthy contended he would not use his position to push gun control, there have been doubts about his sincerity. With Blumenauer’s plan, could this not give Murthy the opportunity to “jump on the bandwagon” without initiating it himself?

Blumenauer’s plan identifies Australia’s laws on gun control as “inspiring” at a time when Australians are rethinking their position on gun control after a criminal armed with a gun killed many because no one had the means to defend themselves or others. While Blumenauer’s plan states that “solutions in the United States will not look like Australia’s,” the plan contends it would be possible to “reduce gun violence significantly while still allowing hobby and sport shooting for responsible owners.” Well, who decides who is a “responsible owner?” One can bet that would fall to government.

Criminals do not follow the law and the Second Amendment of the Constitution was not written about hunting and sport-shooting. Guns are about as much a “health issue” as a desk lamp. This is nothing more than someone in government trying to approach gun control from a different angle, a health issue, using every means at their disposal to control research and skew studies through federal government funding – think climate change/global warming – in order to affect policy and legislation through unconstitutional government bureaucracies targeted at law abiding citizens. While a citizen’s right to bear arms would be limited, no such provision would be directed at law enforcement, the military, security personnel or certain government agencies. It’s a way of stacking the deck against the citizens of this nation to render them defenseless in the face of tyranny and crime.

Isn’t it funny that those who are protected by individuals carrying firearms and shielded from interaction with the public are so ready to remove an unalienable, individual right from others? It might be funny if it weren’t being tried under every avenue possible. Individuals who don’t like guns do not have to have a gun. That’s their right. But, these individuals do not have the right to limit the rights of others because of their beliefs, founded or unfounded.

Every creature is endowed with an instinct for self-preservation, the defense of their offspring and defense of their inclination to live using any means necessary. Many refer to this as a “law of nature and of nature’s God.” The Declaration of Independence identifies it as a self-evident truth, an unalienable right endowed upon us by our Creator. Who is man to declare otherwise?

As so succinctly stated, “A well-regulated Militia, being necessary to the security of a free State, the right of the people to keep and bear arms, shall not be infringed.”

Any law or regulation aimed at limiting that right, through any means, or limiting availability of types of arms, magazines or ammunition, is unconstitutional.