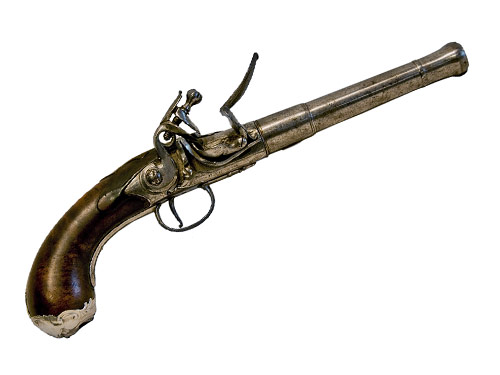 The anti-Second Amendment sentiment spreading across America like cancer is reaching the same all-time ridiculous lows that our fearmongering , er, schools have been aiming for.

If there is one thing all of the police strikes have shown us lately, it’s that not all arrests are “absolutely necessary.”

They have literally admitted this. Makes sense when you consider that America has the largest prison population per capita far and away beyond any other country on the planet and most people are in there for non-violent crimes. California Prison Focus spells it out succinctly: “no other society in human history has imprisoned so many of its own citizens.” It’s ultimately about revenue generation. There’s a whole economy in this country based on enslaving a booming prison population who end up working for megacorporations for pennies, the same corporations who, not-so-coincidentally, bankroll the prison-industrial complex.

But more and more, the American police state is just getting ridiculously out-of-control on a cartoonish, Monty Python/Saturday Night Live level. New Jersey ranks right at the top of this security theater circus.

Take the case of 72-year-old retired schoolteacher Gordon VanGilder who is currently facing up to a decade in prison because he was caught with an unloaded, antique flintlock pistol from the mid-1700s in his car. It was found during a supposedly unrelated routine traffic stop.

“His attorney notes that VanGilder is facing the same felony charge for his unloaded mid-1700s firearm as he would be for a loaded .44 Magnum,” according to NRA News.

VanGilder tells his story in the video below. The sheriff’s deputy who pulled him over wanted to immediately search the car and reportedly got forceful about it right away threatening to sick a K-9 on the man, meaning the stop likely had nothing to do with whatever the traffic violation supposedly was in the first place. With the kinds of big data algorithms our police run on us these days, they already had a threat profile with detailed information about VanGilder before officers ever approached him in person. It’s highly likely they knew he owned that gun and were on a mission.

And by the way, what police officer goes to the academy and says, “Yep, someday I’ll be keeping the public safe by threatening to sick dogs on old men and throwing them in prison for owning unloaded antiques! Just doing my duty…” What duty???

The man will be 82 when he gets out if they use this situation to it’s fullest extent to make an example out of him. A felony charge would also threaten the pension he spent 34 years as a teacher to earn.

And that’s how it is today. If you are an American as I am, then we are citizens of a country where an elderly retired schoolteacher might go to prison as a felon for simply possessing an unloaded antique gun from the 18th century.

The outright criminalization of our natural rights continues to get ratcheted up and we’re all treated as guilty until proven innocent by the police state.

What American slave under the influence of cognitive dissonance and misplaced critical thinking skills can even begin to justify that this is in the interest of public safety? What was this guy going to do, club someone over the head with his unloaded, antique pistol? Go on a mass clubbing? Get road rage and throw it at someone’s car?

This entire scenario actually reminds me of V for Vendetta, where the police state gets so outrageous and so controlling over the populace that average citizens are labeled terrorists, black bagged, and/or killed for owning antiques and other forbidden items of art, music, and books that the government has banned.

Why banned? Because it’s ultimately about banning our culture.

Once upon a time, American patriots fought in a Revolutionary War for our freedom from a tyrannical government in this country. The Second Amendment right to keep and bear arms is built into the very fabric of our nation. By attacking it on every level possible — from suspending kids and locking down schools over a Hello Kitty bubble gun or a Nerf toy gun, to arresting elderly members of our society for possessing 300-year-old firearms — it is not just our rights but our very history that is being attacked. They are socially re-engineering us into defenseless, scared little children with the government as mommy and daddy and only mommy and daddy can have something as dangerous as a gun.

They are also rewriting what the very definition of patriotism means.

Now it means you wave a flag (probably made in China) and love your tyrannical government, support it and your troops without questioning our endless wars for empire while giving up all of our rights here at home to everything from gun ownership and even free speech in the interest of “national security” and “public safety” which also just means “national security.”

The tyranny has been creeping so incrementally slow, and people are so busy trying to survive and asleep to it, they don’t realize how far down the rabbit hole we’ve fallen and where this is ultimately going.

We are living in the precursors to every dystopic film you can name. 1984 has become an instruction manual. Idiocracy is a documentary. Someday when reading is likewise outlawed down to only what literature can be found on a government-approved reading list, I hope this quote below from one of our founding fathers isn’t totally forgotten.

“They who can give up essential liberty to obtain a little temporary safety deserve neither liberty nor safety.” — Benjamin Franklin