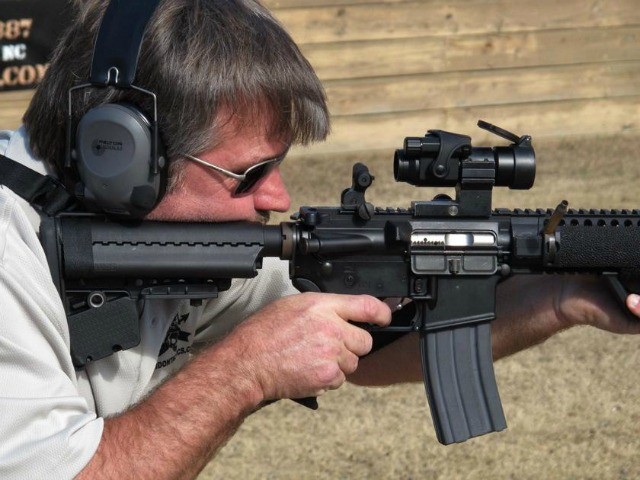 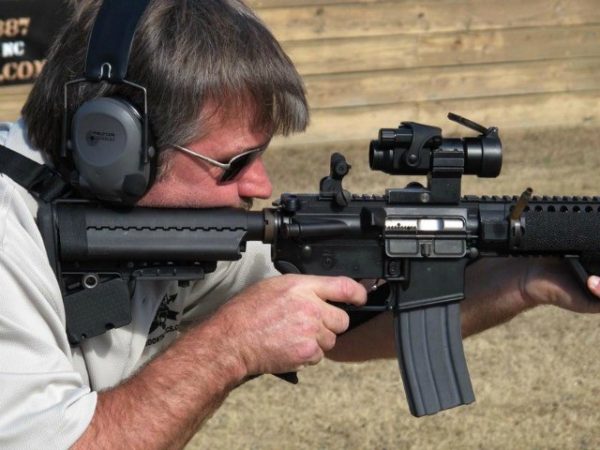 So the Obama administration can’t get what it wants in place by taking things head on, as demonstrated in the delicious defeat it faced following the Sandy Hook incident and subsequent pretended legislation that fell flat on its face. Now, the administration’s Bureau of Alcohol, Tobacco, Firearms and Explosives, under B. Todd Jones, is unconstitutionally considering a ban on the M855 AR-15 round by categorizing it as “armor piercing.”

According to the ATF:

To protect the lives and safety of law enforcement officers from the threat posed by ammunition capable of penetrating a protective vest when fired from a handgun, the Gun Control Act of 1968 (GCA), as amended, prohibits the import, manufacture, and distribution of “armor piercing ammunition” as defined by the statute. The GCA, however, allows for the exemption of ammunition that would otherwise be considered armor piercing if the Attorney General determines that the specific ammunition at issue is “primarily intended to be used for sporting purposes.” Interpreting the meaning of this statutory language, the Bureau of Alcohol, Tobacco, Firearms and Explosives (ATF) has developed a framework that will apply to requests seeking a determination that certain projectiles qualify for this “sporting purpose” exemption. The framework is intended to uphold the requirements of the statute and its goal of protecting law enforcement while respecting the interests of sportsmen and the industry. This notice is provided to ensure that the regulated industry and members of the public understand the statute and relevant legislative history, and have an opportunity to review and provide comments or suggestions on the proposed framework. It is important to note that only projectiles that meet the statutory definition of “armor piercing” – i.e., those made out of the specific listed materials that may be used in a handgun – are subject to the statutory restrictions. As a result, manufacturers are, and will continue to be, free to manufacture projectiles from non-restricted materials, completely independent of the application of this framework or any exemptions. ATF will accept comments for 30 days from the date this notification, which will be considered prior to finalizing the framework.

Hmmm, interpretation, eh? How about interpreting the Second Amendment’s “Shall not be infringed” statement. For any federal official that is reading this, it simply means you have been given no authority in the area of arms by the people you serve. That would include any and all ammunition to be used by those arms. The ATF, however, goes to great lengths citing history and legislation, but never once do they deal with the specific restriction of infringement cited in the Second Amendment.

Take a look at what the ATF is proposing. Sadly, the agency thinks it has the constitutional authority to determine what ammunition is to be used by the military and what is to be deemed for “sporting.” Notice that the Second Amendment says nothing about “sporting,” but it speaks of militia, the ability to keep a free state and the right of the people to keep and bear arms. In fact, our Constitution gives no authority to even have an ATF! They are unelected bureaucrats seeking to impose non-law upon America citizens.

If the Obama administration can’t come for your guns directly, they’ll target your high-capacity magazines and ammo.

The National Rifle Association spoke out on this move by the ATF on Friday. The NRA’s Institute for Legislative Action wrote:

In a move clearly intended by the Obama Administration to suppress the acquisition, ownership and use of AR-15s and other .223 caliber general purpose rifles, the Bureau of Alcohol, Tobacco, Firearms and Explosives unexpectedly announced today that it intends to ban commonplace M855 ball ammunition as “armor piercing ammunition.” The decision continues Obama’s use of his executive authority to impose gun control restrictions and bypass Congress.

It isn’t even the third week of February, and the BATFE has already taken three major executive actions on gun control. First, it was a major change to what activities constitute regulated “manufacturing” of firearms. Next, BATFE reversed a less than year old position on firing a shouldered “pistol.” Now, BATFE has released a “Framework for Determining Whether Certain Projectiles are ‘Primarily Intended for Sporting Purposes’ Within the Meaning of 18 U.S.C. 921(a)(17)(c)”, which would eliminate M855’s exemption to the armor piercing ammunition prohibition and make future exemptions nearly impossible.

By way of background, federal law imposed in 1986 prohibits the manufacture, importation, and sale by licensed manufacturers or importers, but not possession, of “a projectile or projectile core which may be used in a handgun and which is constructed entirely . . . from one or a combination of tungsten alloys, steel, iron, brass, bronze, beryllium copper, or depleted uranium.” Because there are handguns capable of firing M855, it “may be used in a handgun.” It does not, however, have a core made of the metals listed in the law; rather, it has a traditional lead core with a steel tip, and therefore should never have been considered “armor piercing.” Nonetheless, BATFE previously declared M855 to be “armor piercing ammunition,” but granted it an exemption as a projectile “primarily intended to be used for sporting purposes.”

However, the benevolent dictators in the ATF added:

A .22 caliber projectile that otherwise would be classified as armor piercing ammunition under 18 U.S.C. 921(a)(17)(B) will be considered to be “primarily intended to be used for sporting purposes” under section 921(a)(17)(C) if the projectile weighs 40 grains or less AND is loaded into a rimfire cartridge.

Category II: All Other Caliber Projectiles

Except as provided in Category I (.22 caliber rimfire), projectiles that otherwise would be classified as armor piercing ammunition will be presumed to be “primarily intended to be used for sporting purposes” under section 921(a)(17)(C) if the projectile is loaded into a cartridge for which the only handgun that is readily available in the ordinary channels of commercial trade is a single shot handgun. ATF nevertheless retains the discretion to deny any application for a “sporting purposes” exemption if substantial evidence exists that the ammunition is not primarily intended for such purposes.

Consider that this is the same agency that threatened whistleblowers, trafficked weapons across the US/Mexico border to aid Mexican drug cartels and subsequently use the move to impose more gun control legislation, which would lead to more gun confiscation in the US.

Katie Pavlich comments with some questions I had:

A few questions come to mind as this new proposal gets more attention. 1) Why now? 2) Is “armor piercing” .223 ammunition really being used at epidemic rates against our law enforcement officers? The answer is no.

Over the years, pro-gun control, big city police chiefs have argued that “assault weapons” are the main firearm being faced by law enforcement officers everyday. That just isn’t true. In fact, when Baltimore County Police Chief James Johnsontestified in front of the Senate Judiciary Committee back in 2013, he grossly misled the country when he said his officers were regularly facing this type of firepower in the streets. As I reported at the time:

After the hearing Johnson told reporters, “Police officers face these weapons either in seizure cases or crimes of violence everyday. Dozens of police officers have lost their lives due to an assault weapon and a criminal adversary.”

According to a Baltimore County Police Department report obtained and requested by Townhall, Johnson misled the public with his statement about assault weapons seizures. Townhall requested detailed documentation of weapons retrieved by Baltimore County Police Officers between October 1, 2012 and January 30, 2013, the day of Johnson’s testimony. The department provided data from September 28, 2012 through February 5, 2013. The report not only shows that firearms aren’t being seized on the streets “everyday” in Baltimore County, but that assault weapons in particular are hardly ever found in criminal seizures.

Out of approximately 600 guns seized only 26 of them were assault weapons under the Clinton era definition, of which included AR-15s, a few AKs/SKSs and a TEC-22. Less than 5 percent of guns seized in Baltimore County are assault weapons, despite Chief Johnson’s statement to the press and implied statements before Congress.

So, now the ATF is “considering” things for 30 days before imposing their illegal ban, something that is not part of law. Remember, only Congress has legislative power, not the Executive Branch, and the Federal Congress has been given no authority in this matter. Want to let your voice be heard in this matter? Here’s your opportunity and the contact information: