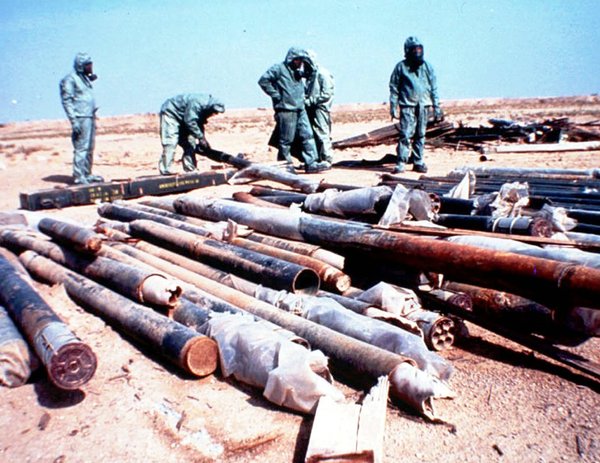 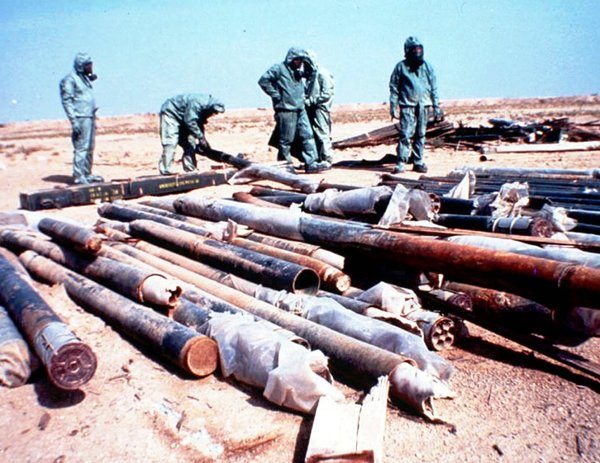 This morning we printed a story about WMDs being found in Iraq. After all, if the government tells us that they found, and subsequently destroyed, chemical weapons then surely they did, right?

They would never lie to us.

Printing stories like that sometimes leaves me with a sinking feeling in my gut.

Because even though I can’t disprove what they are saying, I sometimes feel that I am contributing to the war propaganda machine. I have a pretty good B.S. meter. It has served me well.

Regardless, the finding of WMDs seems to be the story of the day, while my alternative take will likely be buried in obscurity. I’m used to it. 🙂

Why would I distrust what the CIA tells me?

It is pretty well established, or at least highly suspected, that there was a CIA gun running operation in Benghazi. Whether that operation was connected to the death of four Americans is unclear, but some have claimed that Ambassador Chris Stevens was in Libya to buy back missiles from Al Qaeda.

Speaking of Al Qaeda, it has been said that our very own CIA controls this organization as well as the offshoot known as ISIS which is now terrorizing Iraq and Syria. Whether they directly “control” them or not, we have seen them armed and funded on numerous occasions, with our tax dollars.

Have we forgotten that it was America who, at least in part, armed, trained, and funded these monsters in the first place?

Are we to believe that these intercepted air drops are just unfortunate coincidences? Are we supposed to believe that ISIS is intercepting our supply drops by accident? According to foreign media it is happening more than our mainstream media is reporting.

Freedom bloggers can all likely relate to my frustration. Most of us don’t have large travel budgets and contacts deep within the globalist machine. I work from a corner in a spare bedroom from my home. I don’t have an office. I have limitations and I don’t pretend to be what I am not. I can’t easily disprove stories like these 400 chemical weapons that the CIA allegedly purchased and later destroyed. Although why would they destroy what they could easily resell? That is what the CIA does.

Sometimes we have to trust our gut and our own capacity for critical thinking. We can not accept anything as absolute truth simply because it serves our chosen political philosophy.

What a fortuitous time for a story like this to come out as Obama and company are trying to rally support for more military intervention in this region.

The die-hard republicans will run with such a story with the rallying cry of, “See I told you so… Bush was right. There were WMDs in Iraq.”

The die-hard democrats will simply support Obama’s goals without question. That is what they do.

And that’s just one more way that this administration might possibly get you on their side and gain your support for their war plans in Syria and Iraq. Can’t you see what is happening? The public is constantly manipulated. We are the real puppets.

I can prove nothing. Maybe the story is true. But the timing is certainly impeccable.

If you don’t approach these things with a healthy dose of skepticism then you really need to re-evaluate where your loyalties might lie. Because they will use any displaced loyalties against you and they are masters at getting you to want exactly what they want you to want. They create a problem and know how you will react before you do. They hold all the cards.

Believe what you want, but as for me…

I simply look at who benefits from this story and there is a definite possibility that it is just more propaganda to advance the war agenda.

As a former Bush supporter I felt vindicated when I first read this story. But I try to step back occasionally and look at what I am doing. It is much easier for the establishment to gain our trust if they occasionally tell us what we want to hear.