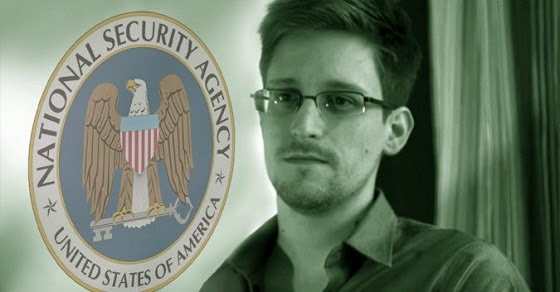 The president signed an executive order Saturday after a speech at a ‘Cyber Security Summit’ at Stanford University, while many were distracted with Valentine’s Day. The ever-hated CISPA legislation has stalled in congress thanks to public outcry, but Obama has decided to act on his own.

“Executive Order — Promoting Private Sector Cybersecurity Information Sharing” was apparently intended to coerce organizations and corporations to share more info with the government, while promoting the creation of organizations to process data collected for an unspecified end.

The executive order specifically talks about the formation of ‘Information Sharing and Analysis Organizations’ (ISAOs), Orwellian corporate and/or government organizations that process massive amounts of data collected from people through every imaginable way. This obviously can’t be good. The tech sector is already voicing its skepticism of the bill, citing government overreach and lack of reforms to the NSA’s spying program:

“Typical of these concerns were the remarks of Apple CEO Tim Cook who gave a vigorous speech at the same Stanford cyber meeting that seemed to challenge the president’s appeal for greater cooperation. Cook issued a dire warning that the threat to privacy posed by technology “risks our way of life.”
[…]

“The Secretary of Homeland Security (Secretary) shall strongly encourage the development and formation of Information Sharing and Analysis Organizations (ISAOs).
[…]

(b) ISAOs may be organized on the basis of sector, sub-sector, region, or any other affinity, including in response to particular emerging threats or vulnerabilities. ISAO membership may be drawn from the public or private sectors, or consist of a combination of public and private sector organizations. ISAOs may be formed as for-profit or nonprofit entities.”

The president predictably utilized his refined lying skills and charisma to fear-monger a bit; saying, “As a country, one of our greatest resources are the young people, the digitally fearless. But it also means that the problem of how we secure this digital world will only increase,”

So this order looks like it will serve to back up current NSA operations, and shift some power to the Department of Homeland Security. It also looks like they may fund the creation of ‘ISAO’s. I highly recommend you read it for yourself, it is not very long.

They essentially are expanding upon the foundation they have been constructing, for multiple government and non-government, non-profit and of course for profit ‘ISAO’s. The President want’s to build a kind of web of infrastructure reminiscent of the military-industrial-complex, except for mass surveillance.

The question is: what exactly will this function to do? What will these ‘Information Sharing and Analysis Organizations’ actually accomplish, and who will be incarcerated or targeted as a result of their work?

Perhaps an even better question, what are we citizens actually going to do about this?

Talking about it is a necessary first step; but at some point some form of mass, hardcore disobedience or something along those lines must be pursued to have any chance of abolishing these power grabs. Some form of actual action is necessary to slowing or halting the progression of these webs of entrapping, fascist infrastructure. I am not advocating for violence, but mass disobedience.

Please share this with as many people as possible, and maybe it would benefit us to have some kind of roundtable discussions about this. I highly recommend keeping your eyes on this surveillance infrastructure.