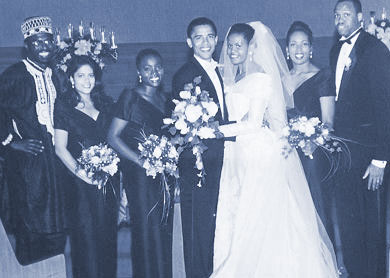 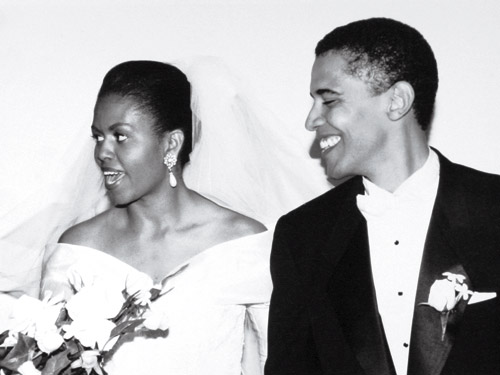 Former Breitbart reporter and founder of GotNews.com, Charles C. Johnson, claims he has never before seen information that answers to why no one has seen photos of a pregnant Michelle Obama, why Obama’s family photos are fakes, and why his birth certificate is anything but authentic (but says he was born in Hawaii not Kenya).

But ‘serious’ death threats are so far keeping Johnson quiet, according to a barrage of recent Twitter posts.

It’s easy for those of you who haven’t gotten serous death threats to tell me “just go and publish it”! — Charles C. Johnson (@ChuckCJohnson) February 15, 2015

I long for a world where we can publish the truth about our public figures. — Charles C. Johnson (@ChuckCJohnson) February 15, 2015

If true, the former Breitbart reporter may be in an eerily similar position to that of his former boss, Andrew Breitbart, who promised to reveal bombshell info on President Obama on what turned out to be the day died, officially of a heart attack. In early 2012, Andrew Breitbart reportedly told Sinclair News, “Wait til they see what happens March 1st.” He added this teaser, “I’ve got video from his college days that show you why racial division and class warfare are central to what hope and change was sold in 2008 – the videos are going to come out.”

While the importance of the information Johnson claims to have cannot be verified, he gives some hints that would be – if proven true – not only embarrassing to the Obama family, but threaten to unravel his entire legacy and shatter the false history that has been presented as unverified fact. It likely far too late to unravel his presidency:

Have you ever seen a photo of a pregnant Michelle Obama? If not why not?

Why does Sasha Obama look like Jesse Jackson Jr.? Could it be because she was conceived when Michelle Obama filed divorce papers? — Charles C. Johnson (@ChuckCJohnson) February 15, 2015

Jesse Jackson, Jr. possibly the father? The Obama’s rise in politics could not have happened without the aid of the prominent Jackson political family. Michelle Robinson Obama “just about grew up in Jesse Jackson’s home,” and received numerous jobs and positions with their aid, while Barack was boosted by political capital and campaign help from Jesse Jackson, Jr. and Sr. alike.

“If you want to understand Michelle Obama, you’ve got to go back to Jesse Jackson,” a woman called “Robyn” for this article told WND.

Robyn, who spent several years working for Jackson’s Rainbow PUSH Coalition, explained to a WND investigator in Chicago that Michelle Obama “just about grew up in Jesse Jackson’s home.”

“At the City of Chicago, where she worked under Mayor Daley, Michelle had one of those ‘Jesse hires’ positions. These are patronage jobs where the recipients did nothing.”

The Chicago sources told WND the selection of Michelle Robinson for Obama was made by Jesse Jackson, and Jeremiah Wright agreed it would be a good combination.

“It all relates back to Trinity United and to the Jesse Jackson orbit of blacks here in Chicago who gave Obama legitimacy and helped him establish his identity as a black man ‘from Chicago,’” Robyn explained.

“That’s what Wright did for Obama,” she claimed. “He connected Obama in the community, and he helped Obama hide his homosexuality.”

According to Robyn, Jackson explained to Michelle that she would live a life of luxury once Obama was president, and that she never again would have to worry about money.

“The political left wanted to push a black to the presidency, and the key operatives in the Democratic Party decided long ago it wouldn’t be Jesse Jackson (Sr.). […] So, the political left then chose Obama.”

Meanwhile, there are other phony aspects of Obama’s past which Johnson also ranted about on Twitter.

For Johnson, the “birther” issues are a distraction from the true dark secrets of Obama’s past. Regardless, the American public was not told the truth about our sitting two term president, and Obama was not properly vetted by the media lapdogs people have been conditioned to trust as watchdogs.

There is an easy way to tell if the birth certificate is real. Get other birth certificates & compare. It’s fake but Obama was born in HI. — Charles C. Johnson (@ChuckCJohnson) February 15, 2015

Johnson suggests as others have that Obama’s “real father” Frank Marshall Davis – a black poet tainted by his involvement in American Communism – may be the real reason for the birth certificate forgery.

Guys: I promise you Obama was born in Hawaii. Give it up. The more interesting question is who his father is. — Charles C. Johnson (@ChuckCJohnson) February 15, 2015

Obama was born in Hawaii. He is eligible to be president but what about this Frank Marshall Davis guy? — Charles C. Johnson (@ChuckCJohnson) February 15, 2015

Why is Barack Obama in Frank Marshall Davis’s back yard as a toddler? pic.twitter.com/iKzqfZjLPC — Charles C. Johnson (@ChuckCJohnson) February 15, 2015

He calls out “official” family photos from Obama’s childhood – and his official biography – as complete and obvious frauds:

It’s weird how some members of Conservatism, Inc. say Obama is lying about his policies but totally believe his debunked biography. — Charles C. Johnson (@ChuckCJohnson) February 15, 2015

Why did Obama campaign release these three fake photos while the Clintons were saying that Obama made up his past? pic.twitter.com/bSYQ3q63uj — Charles C. Johnson (@ChuckCJohnson) February 15, 2015

Will these revelations prove to be significant? Will they see the light of day? Or is it just too late to “out” the composite life of President Barack Hussein Obama? Johnson tweeted:

We missed our window to stop Obama. I won’t let that happen with Hillary.

The 135 Republicans Who Voted To Confiscate Guns From Our Veterans In Latest NDAA Bill
September 25th, 2021 Sons of Liberty Media