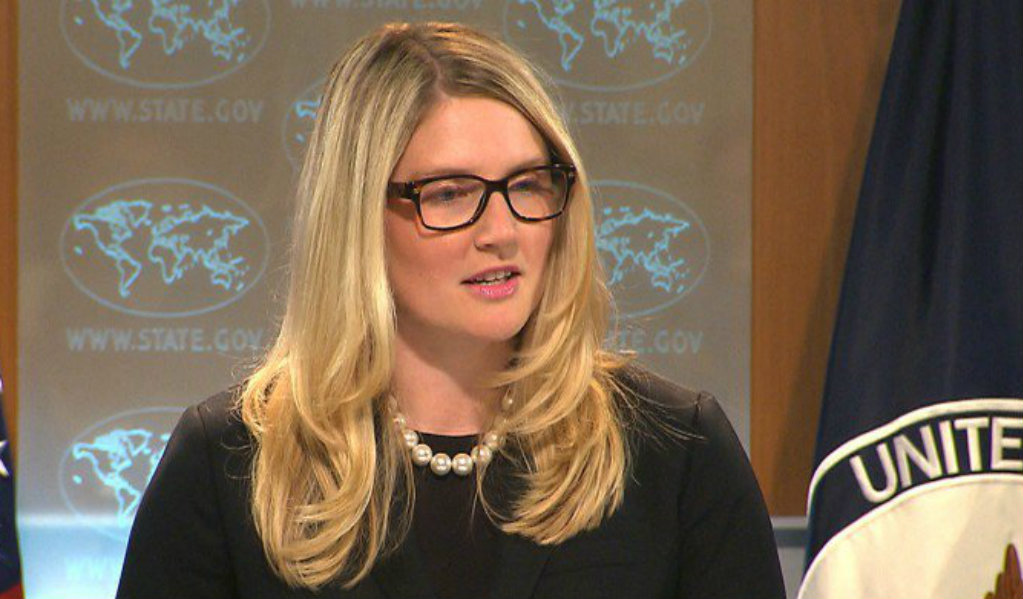 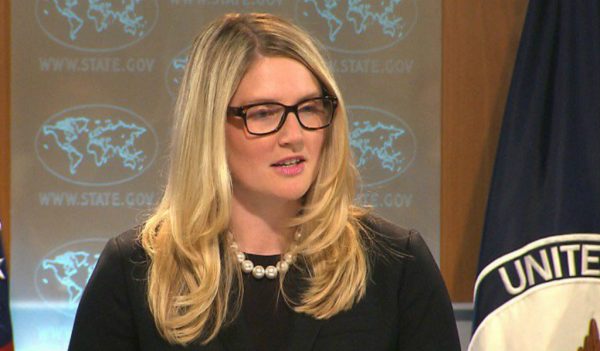 Did you know that the US cannot defeat ISIS or the Islamic State by killing them? Well that is what State Department spokesperson Marie Harf told MSNBC’s Chris Matthews on Monday night.

Harf told Matthews, “We’re killing a lot of them, and we’re going to keep killing more of them. So are the Egyptians, so are the Jordanians. They’re in this fight with us. But we cannot win this war by killing them. We cannot kill our way out of this war.”

Harf contends that the US should focus on “the medium to longer term to go after the root causes that leads people to join these groups.” Amazingly, she cited a “lack of opportunity for jobs.”

Matthews, surprisingly, challenged Harf on her “assessment” stating that the societal problems would not be able to be solved by the United States in “fifty lifetimes.”

There are plenty of individuals who are unemployed, underemployed and those who lack job opportunities for one reason or another but you don’t see all of them jumping ship to pick up arms on behalf of the Islamic State. So, what is really the problem? The problem here is Islam. No matter how you dress it up, smear lipstick on it or try to smooth it over, the problem remains: The teachings of Islam perpetuate hate, bigotry, pedophilia, slavery, murder, genocide, misogyny and constant war-mongering.

But, the lame stream media and those in our government continually harp the diatribe that Islam is peaceful and these individuals have grievances that must be addressed. With that thinking, Harf has a solution.

She told Matthews, “We can work with countries around the world to help improve their governance. We can help them build their economies so they can have job opportunities for these people.”

The sad part is this woman actually believes what she is saying. Well, Ms. Harf, if that’s all it takes to solve the problem, why don’t you start in the United States first to build the economy, instead of tearing it to smithereens, and open up job opportunities here? As my Dad always said, “If you can’t clean up your own backyard, how do you expect to clean up someone else’s?”

He also has another saying; “You can’t do anything about anything until recognize your problem so you know what you’re up against.”

Despite the leaders of the Islamic State and the imams of Islam declaring their intent, honestly and openly, our government and the news media continue to push their contrived “hogwash” onto the public. Unfortunately, there are many who are buying; but, there are many who are not. Even when the president of Turkey states, “Islam is Islam,” people are still being fed fodder as the truth.

One has to love Harf’s statement that “we can work with countries around the world to help improve their governance.” Seriously? Tell us, Ms. Harf, where in the constitution it states the US is under obligation to “improve” any country’s governance? It’s been said the best way to lead is by example. At this point, the US government stripping away the rights of its own citizens through unconstitutional laws, regulations and actions while encouraging a police state is setting a poor example.

Maybe Ms. Harf is referring to the “improvement” our government made in Egypt by helping the Muslim Brotherhood to achieve power only to be removed by the Egyptian people and the military. Or, maybe she is referring to our government’s “ousting” of the Libyan government to make way for “the brotherhood” domination that has left that country torn and shattered. What about our government’s continual attempts to try and “oust” Syrian president Assad and the government there? Then, there is Obama’s support of Iran – you might as well call it that as those negotiations show an Obama in absentia. Let’s not even get into the meddling the US did in the Ukraine that left them high and dry or the government in Yemen.

Whatever Ms. Harf is drinking, maybe the US needs to drop a hundred bombers full of the stuff over the Islamic State in hopes they drink it and it affects their brain as much. It could be that she is following Ruth Bader Ginsberg’s tradition at the State of the Union address and being “sloshed” before media interviews. If only those two were the case.

She is a State Department employee charged with peddling the administration’s lies while maintaining a straight face. And, people in key positions in this administration are – you guessed it – members of the Muslim Brotherhood. That speaks volumes in and of itself.

The problem is Islam and its teachings, plain and simple; and, liberal leftist multiculturalists, who think that in some way or another these Islamists have been wronged or that it is only a small fraction of individuals who have “usurped” this “religion,” are refusing to accept that Islamic State leaders and imams are speaking honestly about their intent. They also fail to recognize the infiltration of our government by Muslim Brotherhood operatives under Obama. Naturally, the “brotherhood” would whitewash Islam and its intent.

Ms. Harf states that we cannot win this war by killing the Islamic State. Would it be that history would indicate otherwise? Could we not look at the Crusades as an example of a push back against Islamic tyranny?

Many say that the US started the problem with the interference in Afghanistan – Charlie Wilson’s war. Others might say it was the toppling of the Shah of Iran’s government, then Saddam Hussein’s government in Iraq. Some say that the Islamic State and al Qaeda were developed by the CIA. Honestly, can we really point to one event to say how this cancer was started and perpetuated? Probably not. What we have to do right now is address the cancer or be succumbed by it. But, first things first; we have to realize we have a cancer.

Until that can be done by our lame government, we will be fighting the cancer with antibiotics instead of chemotherapy.