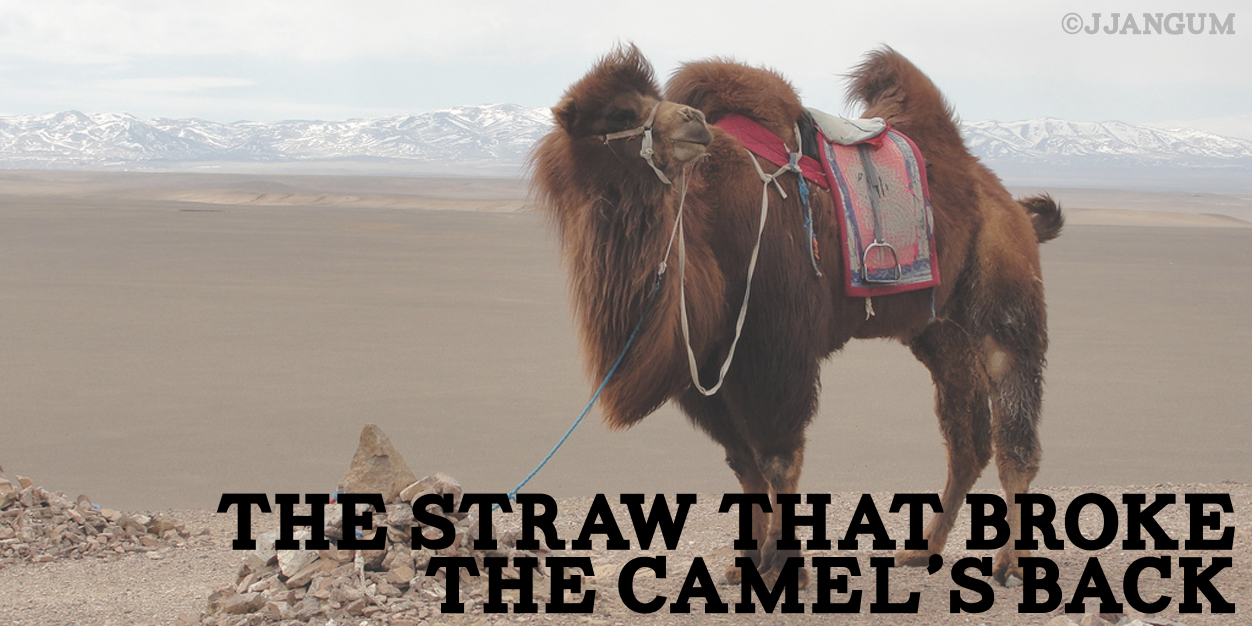 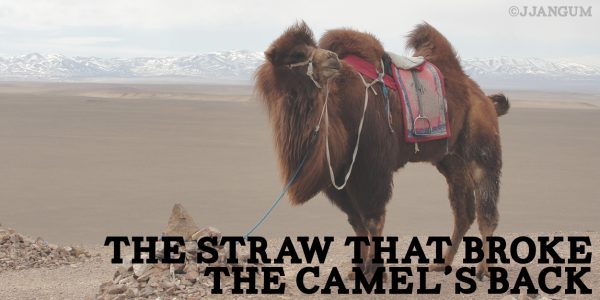 We should be wondering how much more the economy can take. What will be the straw that breaks the camel’s back?

Even the Main Stream Media Gets It

This is being reported by CNN Money:

“California’s famous navel oranges and Washington’s apples are rotting in the hot L.A. sun.Meanwhile, Japanese electronics and Chinese clothing items are bobbing in the ocean within view of the shore. The Pacific Maritime Association has accused the International Longshore Workers union of creating a work slowdown that has turned harbors into parking lots and shipping containers into putrid garbage bins”.

“Growers and shippers are losing money on exports they can’t ship while their crops sit on the docks and rot. Flooding the domestic market would risk a price crash, and some worry they could lose business permanently if overseas buyers get fed up with spotty shipments of spoiled goods”.

Even the mainstream media gets it and there is not even an effort on behalf of the media to hide what is going on. Yet, I dread reading some of the moronic comments that I am going to see this morning which tell me to quit fear-mongering and the “economy is just fine”.

A Dream of Revelation

One of the ways that the mind processes information is through the unconscious when we are quiet in both mind and body. I also believe that is when God speaks to us if we care to listen. These revelations can come through dreams, meditation, prayer, etc.

Last night, I had a repetitive dream throughout the night in which President Obama kept announcing on the news that Americans had to stay in their homes so they would not be gobbled up by the financial earthquakes sweeping the country. In the dream, Obama stressed that the only safe place was inside of our homes. I was caught out at the gym that I work out at. A bunch of us would watch a news report about a new financial “earthquake” and then the earthquake would come right to the edge of the door of the gym and would have killed anyone in its path that was standing outside. We were trapped with no options.

In the news reports being played on the TV at the gym, George Soros was repeatedly being interviewed and he kept saying “This is the end of the global economy as we know it”. Also, in the dream, we knew the facility that we were trapped in had limited food and water and it would not be long until we looked at each other as our next meal of opportunity. I have never had such a dream, but I had the dream, numerous times throughout the night. The dream also revealed to me that there are multiple causations for our economic demise and it will not be any one thing that brings our economy to its knees.

I awakened with an awareness that there is no coming back from the economic struggles that have been thrust upon this country.

An Email Excerpt Which Represents the “Many”

I have received about 30 emails, in the past 24 hours, similar to the one listed below and in each case, they are moved by the spirit to express the fact that it is “game over”.

“Dear Dave, I really love your articles, I read them each day or when they come out.
I live in _____ Az. I have noticed that the markets up here are, well, drying up.
That is to say the housing mkt is stagnated, even though most are in serious denial,
we have over 600 places on the (small) market, Realtor’s are like rabid squirrels tiring to sell something.
We have many places going out of business up here and there isn’t much here to
be happy about that. Maybe McDonald’s is busy, but that’s from the trekkers
from Phoenix every weekend. Our schools are broke and the food is so high it’s shocking to go to the store anymore!
I am looking around at the news and this country is shot and I’m in tears! All hell has already broken loose and all we can do is pray and sit and watch the ship sink. Kinda like the Titanic, only a billion times worse..OH, that’s a real number now too! A Trillion, that was a fantasy number when I was young, not anymore…

What used to buy/cost $40 at the grocers 10 yrs ago is now $150, seriously! We are in our early and mid-50’s  and we see no hope for this once beloved Country of ours. My husband works in ______ oil fields and we’re barely making it.
We are broke. We are weak. We are overrun with illegal immigrants who are destroying our healthcare and our health with old and worsening diseases! We are uneducated. We are led by morons who are just money and power hungry crazy people and a man at the helm who really hates America.Just look at what he is doing, just look…
So, to sum up this note, I am exhausted and really depressed. I feel like all the preparations, hard work and sacrifices we have made will do little to cover our assets, if ya know what I mean. No where to run, no where to hide…”

Using my email content as a barometer of the nation’s mood, this email reflects the overall sense of desperation sweeping the country. Economies are held together, in large part by confidence. When people lose faith and confidence in the system, that system is doomed.

The danger to humanity is real and I think we are witnessing a convergence between the spiritual realm and physical realm and the dangers are clearly being presented to us in which it is now possible for all to see the Four Horsemen riding into sight. Yes, there is a lot that will happen before the Tribulation, but the stars are lining up.

Disturbingly, Soros has repeatedly demonstrated that he has had both accurate and advanced knowledge of stock market and banking crashes in the past. Subsequently, savvy investors keep a very close eye on his money movements and resulting holdings as Soros is the “Canary in the mine”. He is the world’s ultimate economic hit man and both bankers and politicians watch his every move with fear and apprehension. He is my subject in tomorrow’s article. If these cargo ships are not off-loaded soon, the earth will tremble and leave its mark right up to every home and business in the country. Parts of Europe (Greece, Italy, Spain and Ireland) are already experiencing some of what I am writing about here. The only question is whether it will take 6 days, 60 days or 6 months to collapse the system.

Truckers are facing the prospect of going out of business waiting for the product to be offloaded. Ask yourself a question: “If massive numbers of truckers go out of work waiting for product, who will be left to deliver the product if it becomes available”?

George Soros is the fulcrum and we will examine his money movements in the past year with the purpose of looking for corresponding data to collaborate the information contained in this article.