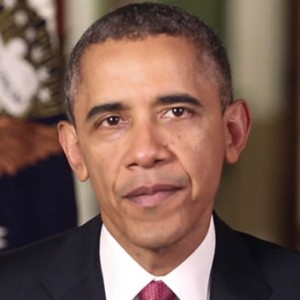 The most savage group of Islamic terrorists that any of us have ever seen has taken over large portions of Iraq, Syria and Libya.  As they go along, they are gleefully beheading, crucifying and torching innocent civilians.  They believe that they are living in the end times, and that they are part of a great Islamic army that will defeat “the forces of Rome” and bring about a glorious new age during which Islam rules the entire planet.  But Barack Obama and his minions absolutely refuse to use the words “Islam” or “Muslim” when discussing ISIS.  Instead, as you will see below, the Obama administration insists that the reason that ISIS exists is because of a lack of “job opportunities” in that area of the world.  If we could just find enough good jobs for the terrorists, apparently the entire problem of Islamic terror would just fade away according to them.  This kind of twisted politically correct thinking is going to be one of the things that leads to the downfall of this country.  Tens of thousands of crazed maniacs are not setting people on fire and beheading innocent civilians because they can’t find gainful employment.  Rather, the truth is that these radicals are obsessed with an apocalyptic version of Islam which dominates every moment of their lives.  If we deny why they are doing what they are doing because it does not fit with our view of how the world is supposed to work, then we are never going to have any hope of defeating this evil.  And without a doubt, ISIS is evil.

On Monday night, State Department Spokesperson Marie Harf appeared on the Chris Matthews Show.  What she had to say about the current situation in the Middle Eastduring that television appearance shows how completely and utterly clueless the Obama administration is when it comes to ISIS…

“We’re killing a lot of them and we’re going to keep killing more of them,” Harf said. “So are the Egyptians, so are the Jordanians. They’re in this fight with us. But we cannot win this war by killing them. We cannot kill our way out of this war. We need in the medium to longer term to go after the root causes that leads people to join these groups, whether it’s lack of opportunity for jobs… We can work with countries around the world to help improve their governance. We can help them build their economies so they can have job opportunities for these people.”

That is the best that our government can come up with?

These are religiously motivated killers that are absolutely obsessed with their Islamic beliefs.  To suggest otherwise is utter insanity.  But the White House has become so politically correct that it will not even use the words “Islam” or “Muslim” when talking about ISIS…

On the eve of a White House summit on “countering violent extremism” that has already drawn complaints from some Muslim groups, the administration in its response to the beheading of 21 Egyptian Copts has not mentioned the religious affiliation of either the killers or victims.

There was a single reference to “faith” – “ISIL’s barbarity knows no bounds. It is unconstrained by faith, sect, or ethnicity.”

These terrorists truly do seem to take great joy in slaughtering people.  For example, just today we learned that ISIS burned 45 people to death in one small Iraqi town…

Militants from Islamic State have burned 45 people to death in the western Iraqi town of al-Baghdadi, according to the local police chief.

Col Qasim al-Obeidi said the motive was unknown but he believed some of the victims were members of the security forces.

He has pleaded for help from the government and international community and said the compound, which houses the families of security personnel and local officials, was now under attack.

It follows the capture of al-Baghdadi, near Ain al-Asad air base, by ISIS fighters last week.

With each passing day, ISIS grows even stronger and gains more ground.

In fact, the amount of territory that ISIS controls in Syria has doubled since the beginning of the airstrikes against them.

If ISIS continues to grow, someday they will conduct operations inside the United States.  And when they do, there will be no limits.  If they had the opportunity, they would kill virtually every man, woman and child in this nation.  That is how insane they are.

In order to understand ISIS, you have to understand what motivates them.  The following is an excerpt from a recent CNS News article…

In The Atlantic magazine for March 2015, reporter Grame Wood wrote an extensive article on the Islamic State and noted,  “The reality is that the Islamic State is Islamic. Very Islamic. Yes, it has attracted psychopaths and adventure seekers, drawn largely from the disaffected populations of the Middle East and Europe. But the religion preached by its most ardent followers derives from coherent and even learned interpretations of Islam.”

“Virtually every major decision and law promulgated by the Islamic State adheres to what it calls, in its press and pronouncements, and on its billboards, license plates, stationery, and coins, ‘the Prophetic methodology,’ which means following the prophecy and example of Muhammad, in punctilious detail,” said Wood.

In addition, as I noted above, the followers of ISIS consider themselves to be part of an end times Islamic army that will win the final battle against the forces that oppose Islam.  ISIS is publishing a magazine named “Dabiq” that describes their apocalyptic worldview very clearly…

The name of the Dabiq magazine itself helps us understand ISIS’ worldview. The Syrian town of Dabiq is where the Prophet Mohammed is supposed to have predicted that the armies of Islam and “Rome” would meet for the final battle that will precede the end of time and the triumph of true Islam.

In the recent issue of Dabiq it states: “As the world progresses towards al-Malhamah al-Kubrā, (‘the Great Battle’ to be held at Dabiq) the option to stand on the sidelines as a mere observer is being lost.” In other words, in its logic, you are either on the side of ISIS or you are on the side of the Crusaders and infidels.

So how do you defeat such an enemy?

Needless to say, giving them “good jobs” is not going to solve anything.

Meanwhile, even though large amounts of the weapons that we have airdropped to the “Syrian rebels” have repeatedly fallen into the hands of ISIS, the Obama administration plans to send the Syrian rebels even more weapons.  In addition, he wants to give the “Syrian rebels” the ability to call in U.S. airstrikes…

The Obama administration is preparing to equip the so-called “moderate” Syrian rebels with the ability to order U.S. air strikes despite the group’s admitted allegiance to the Islamic State.

The rebel groups will be provided with radios to call in strikes from American B-1B bombers as well as pickup trucks with mounted machine guns as the president puts the final touches on plans to train as many as 3,000 rebels in Jordan and Turkey by the end of 2015.

The planes will reportedly use similar munitions to those seen in Afghanistan, targeting anything from small vehicles to tanks with 500 and 2,000-pound guided bombs.

Aside from the Toyota Hi-Lux trucks, multiple groups of rebels will also be given mortars and possibly antitank weapons as well.

When I first read that the Obama administration wants to give the “Syrian rebels” the ability to order U.S. air strikes, I was absolutely dumbfounded.

How could anyone be so stupid?

When it comes to dealing with ISIS, it seems like Obama is almost constantly making the wrong moves.

In the end, our nation could pay a great price for his foolishness.