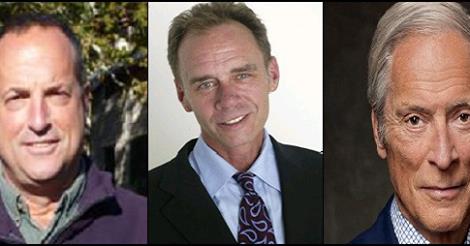 In an incredibly strange coincidence, three journalists from several mainstream media outlets dropped dead within 24 hours of each other. NBC, CBS and the New York Times lost three members of their teams within 24 hours last week.

NBC reported on February 12 the former NBC New reporter Ned Colt died in Boston after suffering a massive stroke. Colt reported for NBC from Latin America, Europe, Beijing, Hong Kong and the Middle East. It was also reported that he was “instrumental in the
network’s coverage of the Iraq War, and was part of a four-person team that was kidnapped and held for three days in Fallujah. He was 58.

Also on February 12, it was reported that CBS’ Bob Simon was killed in a New York City car crash. Simon, a correspondent for 60 Minutes, had covered a wide range of stories in his career. However, he was also held captive for more than a month in Iraq. He was 73.

Then, on February 13, it was reported that David Carr of the New York Times died suddenly after collapsing in the NYT newsroom. Carr had just completed an interview with NSA whistleblower Edward Snowden just hours before he died. He was 58.

Additionally, NBC’s Bob Hager was also involved in head on collision on February 12, but he was uninjured, even as his wife was taken to the hospital with neck and back injuries.

Consider all this happened following Brian Williams’ admission of lying about his time in Iraq, which led to his dismissal, as well as Jon Stewart stepping down from The Daily Show on February 10.

While there are some that are attempting to tie this all together somehow as conspiratorial, I’m not necessarily of that opinion. However, I do wonder about all of this happening at the same time, as well as the recent train wreck in New York City which claimed the lives of five prominent NYC figures, including 3 top investment bankers. Is there something that does tie these events together other than the hand of Providence?

I don’t often ask those in this audience for opinions, but in this case I would be genuinely interested. What do you make of all of this?