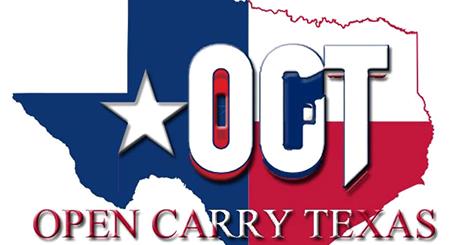 Texas will become the 45th State to allow Open Carry, according to Texas Governor Greg Abbott (R) in comments he made during his 2015 State of the State Address.

“Let me briefly follow up on a word I mentioned a moment ago – liberty,” Abbott said. “In a single word, it encapsulates what this country stands for, what Texas symbolizes. I will expand liberty in Texas by signing a law that makes Texas the 45th state to allow Open Carry.”

The anti-gun Moms Demand Action, a Michael Bloomberg concoction, has been desperately attempting to do anything and everything to pitch their anti-American propaganda to the public over the past year, but overall, with utter failure.

The group’s useful idiot leader Shannon Watts has lied about statistics, endorsed public indecency for the cause and even gone after Jeff Foxworthy and Alan Jackson.

Of course, Watts is not the only one that has not been completely ethical in her behavior. Kelly Burke, the president of the Texas chapter of “Moms Demand Action for Gun Sense in America,” is now being called into question regarding her testimony before the Texas Senate last Thursday, as many of her claims were said to be a “bold-faced lie.”

This is just one of many results of the people being sick and tired of open communists and socialists who do not believe in individual liberty. Whether most politicians get it right or not, the recently elected Texas governor got this issue right.

There is also a campus carry bill before the Texas Senate that is being considered as a measure to allow students to protect themselves.