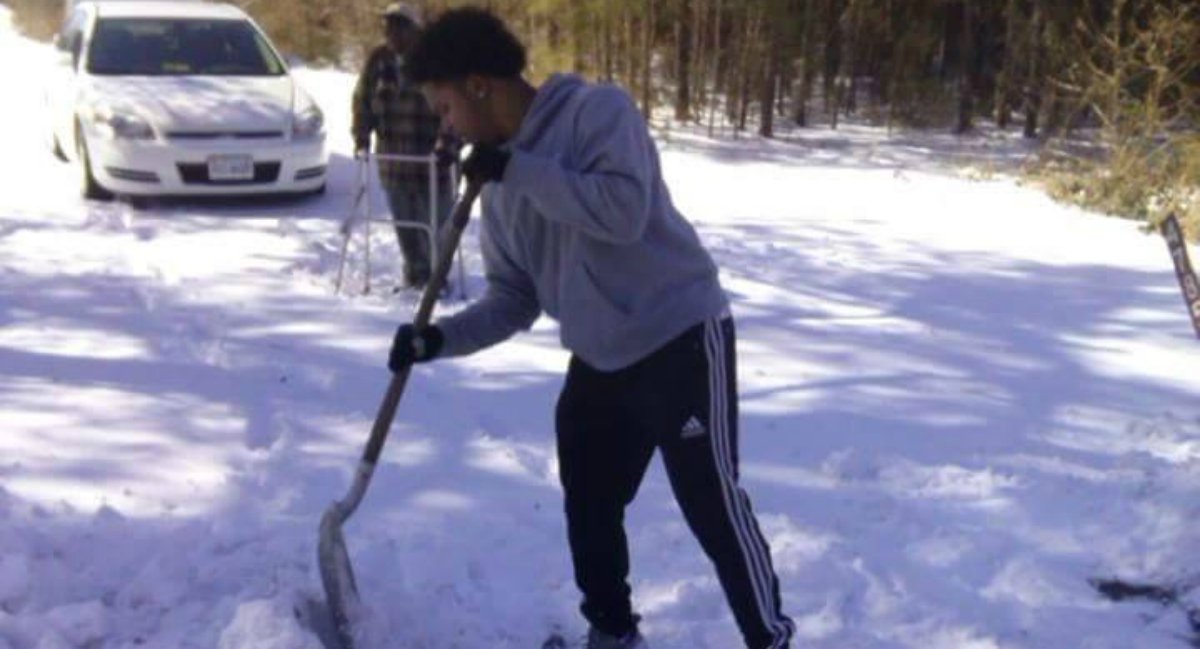 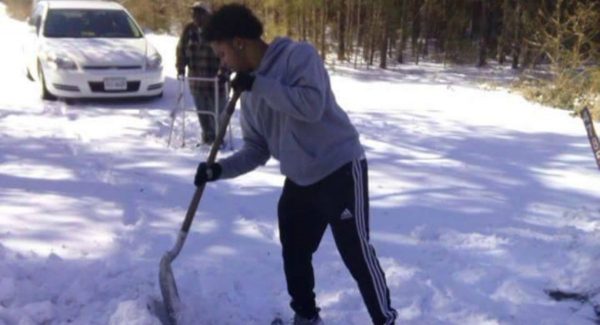 The glory of young men is their strength: and the beauty of old men is the gray head. –Proverbs 20:29

Nottaway High School Senior Tommy Adams and his mother were driving home from the Department of Motor Vehicles, when they spotted an elderly man trying to shovel snow from his driveway. However, it wasn’t just an elderly man, but an elderly man with a walker attempting to do the shoveling on his own. Tommy wanted to help.

“He said, ‘there’s an older man with a walker shoveling snow — I’ll help him out,'” she added.

Apparently the snow plows had passed by to clear the roads and the snow that was removed from the roads piled up in the driveway of the man with the walker.

Understand that Tommy spends the days he has out of school shoveling snow and clearing ice for his neighbors and from sidewalks.

Tommy walked up to the man and asked if he could lend a hand.

As Tommy began to work, his mother recalled that the old man looked “surprised” and that she “was so proud,” that she began to cry. Here’s a picture she captured of Tommy helping and you can see the gentleman in the back with his walker.

Tommy told WTVR that once he started working, he noticed that the man “was relieved.”

“He looked tired,” Tommy said. “I told him to get back into his car because it was cold. Other people who saw him in the snow should have had the decency to stop.”

The snow was fairly deep and it took Tommy about 15 minutes to clear. While he didn’t get the man’s name that he helped, he did say the man told him, “God bless you, the world needs more people like you.”

Tommy has apparently learned a good work ethic and a compassion not often seen in our culture by young people, especially toward the elderly. Tommy put into practice the Golden Rule of the Lord Jesus, who told us to, “Do unto others as you would have them do unto you (Matt 7:12).” He understands reaping and sowing and understands that one day he might be in need of the same act of kindness from someone else.

“I try to do good for the elderly because one day I may need help too,” he told WTVR.