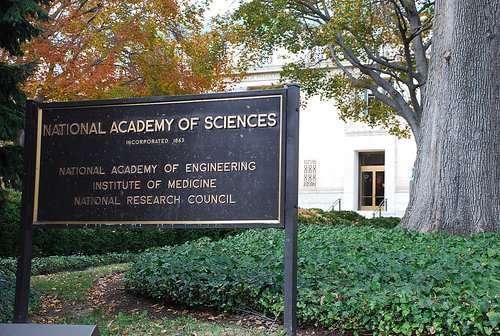 (INTELLIHUB) — According to new reports released by a 22-member committee from the National Academy of Sciences, “full deployment” of geoengineering aerosols to mitigate the earth’s climate and manage solar radiation intake is far too risky and needs to be restricted to “small-scale experiments”, somewhat acknowledging that programs are currently taking place, without going all-the-way. It’s a form of conditioning.

They [the powers-that-be] are conditioning our minds to accept what the subconscious has already seen for years. You see — the experiments have taken place for decades and still continue to this day virtually everywhere you look. However it’s up to you to decipher what the eyes are actually seeing. It’s up to you to process the information forthcoming to your mind.

Even though we have documented actual geoengineering issues here at Intellihub for years now and I have even made a documentary film exposing ‘geoengineering’ and its power-players, the mainstream media has just now, recently, started coming forth with snippets of information, minus the full picture of course, as the futuristic chemical haze left above us in the sky, by rogue militarized aircraft, seems to linger, loom, yet even longer than ever as we are now likely approaching the end of days. The days in which humans became gods.

Physics World talks about the NAS reports in their latest article:

The reports identify two specific geoengineering approaches that could have a significant impact on the climate: injecting aerosols into the stratosphere – to mimic the effect of large volcanic eruptions – and brightening clouds to make them more reflective. Although these methods are cheaper than removing carbon dioxide from the air and would not require “major technological innovation”, the reports note that any future decisions on managing solar radiation – known as albedo modification – will be judged mainly on questions of risk. Indeed, many of the processes most relevant to albedo modification – such as those controlling the formation of clouds and aerosols – are among the most difficult to measure and monitor. Nor can current observational techniques monitor the environmental effects of the approach.

Although I give Physics World props for bringing attention to the issue, the piece was written in a manner that suggests that we somehow are not getting sprayed daily, like bugs, on a regular basis, as if the question has never been asked before. As if no one has ever noticed the fallout with their own eyes. As if no one has seen unmarked planes in irregular flight paths dowsing the populace with toxic aerosol cocktails of death.

SO WHAT IS ALL OF THIS COSTING TAXPAYERS?

A report done by Avalon and myself, back in March of 2011, points out the realities of the secret geoengineering budget which runs into the excess of billions of dollars a year and that’s not including the ‘black budget’.

Let’s just say a good portion, if not all, of that $18 trillion deficit accrued by the American is unjust to say the least. Just taxpayer money spent and then funneled into the pockets of the elites and the ones they serve. It’s nothing more than a giant pyramid scheme. A way to break the backs, hearts, and minds of this country’s citizenry as all the while a Mad Max type scenario looms in the not so distant future.

That’s right you may want to get your chaps and red mow-hawks ready as we wheelie wide-open 5th gear into no man’s land. Uncharted territory. Where we go from here is much like playing the magic 8 ball game; no one truly knows for sure.

But if you take into consideration the fact that the abuse and misuse of sex, money, and power, by way of greed, have nearly destroyed the entire face of the planet and all of its inhabitants, than surely you can understand what is coming as the oligarchs are now beginning to admit to their sheep; i.e. the people of earth, that geoengineering programs are real. They seem to be at the end of their rope as they are being exposed daily in a massive social media backfire headed up by freethinkers; i.e. people with brains.