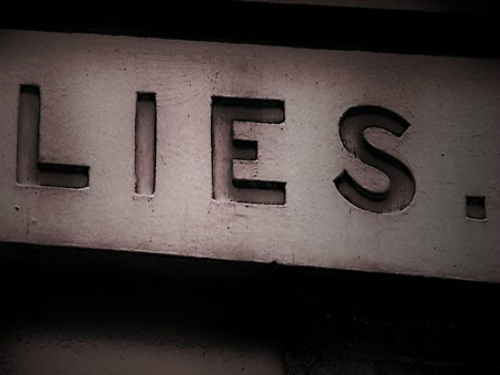 It started with his confession he was never in a helicopter that took an RPG in Iraq. It ended with everything he ever did being scrutinized which turned up more lies, including about how many puppies he once saved from a fire, people wondering if he could even make it through a breakfast order without an embellishment or two, and rare war photos turning up with Williams in them like this one with Abraham Lincoln: 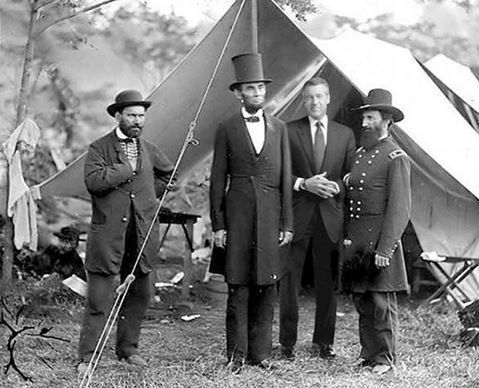 When it comes to Council on Foreign Relations member Williams’ lying about stuff, I’m still not sure why anyone was shocked.

Now Bill O’Reilly’s war record has come into question, not that he is readily admitting deceit the way Williams did. O’Reilly, who stuck up for Williams, recently got slammed by Mother Jones with an exposé regarding his claims of experiencing combat conditions during the Falklands war:

The article, entitled “Bill O’Reilly Has His Own Brian Williams Problem,” went on to produce a list of seemingly self-incriminating quotes from the notoriously outspoken Fox host, who has boasted on more than one occasion that he “experienced combat” during the 1982 conflict between England and Argentina.

Again. Why are people shocked? O’Reilly is the same guy who referred to George W. Bush and Barack Obama as “patriots” in an interview. That’s lying in your face.

These people are paid to serve up an agenda fresh off the teleprompter in front of the camera each and every night.

In short, they lie. Now add that to the lies of our lying politicians and bureaucracy heads.

Veterans Affairs Secretary Robert McDonald recently admitted he openly, brazenly lied about being in the special forces. He lied. Period.

McDonald made the claim of being in the special forces not just to anyone at any time, but to a homeless man in a January CBS News segment specifically about homeless veterans.

He has since issued an apology statement to anyone offended by his bald faced, utter lie, which again, he lied to a homeless veteran on TV.

It not like this guy just forgot he was never in the special forces.

Lying about war and military cred is actually quite common among the ranks of our utterly corrupt Establishment, which is really bizarre considering it seems so easy to debunk.

Secretary of State John Kerry lied about what happened during his service in Vietnam (see here and here). George W. Bush and Reagan lied about theirs, too.

In fact, if this nation sees fit to put corporate toolbox Hillary Clinton in the oval office in 2016, she too has openly lied (and lied and lied) about being in fired on during a 1996 trip to Bosnia, a lie she was still telling in speeches some 12 years later.

During her 2008 run for President, her campaign told us she just “misspoke”… You know, like you do for over a decade.

And we all know about her husband’s more famous lies. The man was impeached for perjury, not that it seemed to matter after all. (Say, why did convicted sex offender Jeffrey Epstein have 21 contact numbers for him again?)

If all of these people would lie about this stuff and that’s just what we know about on record, of course it begs the mostly rhetorical question what else are they and would they lie about?

Basically our country is run by lying liars who willfully lie. They’re just hoping the propaganda works and no one will ever double check what they say because they are in positions of power. Yet, if you hold up a magnifying glass to any of these people, you probably won’t like what you see (if you even liked what you saw without the magnifying glass).

In short, America’s modern political scene is a pond and the scum rises to the top.

The saddest part is that’s not new or shocking. The only thing shocking about it is the revelation of just how short-term America’s memory truly is and the renewed anger each time this documented fact is once again rehashed in the headlines.