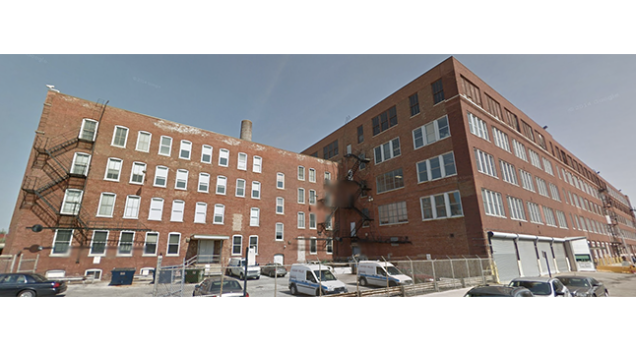 CHICAGO, IL — The Guardian has reported that Chicago Police are operating a secret detention facility that mirrors the CIA’s “black sites.” From violations of due process to torture, the revelations raise serious concerns about the deteriorating state of freedom and justice in the United States.

According the the Guardian’s investigation, the process at Homan is as follows:

Suspects are taken to the facility without being booked or processed. Chicago lawyer, Julia Bartemes, said,

“It’s sort of an open secret among attorneys that regularly make police station visits, this place – if you can’t find a client in the system, odds are they’re there.”

They are interrogated without lawyers present and in fact, lawyers are often refused entry. Those who have gained access to clients claim that police still withhold information about the suspects.

The detainees are not read Miranda rights or offered due process. Brian Jacob Church, who was acquitted of terrorism charges at the 2012 NATO summit but convicted of others (and served over two years in prison), said

“Essentially, I wasn’t allowed to make any contact with anybody…I had essentially figured, ‘All right, well, they disappeared us and so we’re probably never going to see the light of day again.’”

Church is the only detainee who spoke to the Guardian as others fear police retaliation, according to their lawyers. Church says he was held behind a floor to ceiling chain link cage with his left wrist cuffed to a bench and ankles cuffed together for seventeen hours. His lawyers were only able to find him after putting in calls to the mayor’s office and other officials. As Church said,

“It brings to mind the interrogation facilities they use in the Middle East. The CIA calls them black sites. It’s a domestic black site. When you go in, no one knows what’s happened to you.”

This was the case of a fifteen year old boy who was taken to Homan under suspicion of involvement in a shooting. A sympathetic sergeant told his mother his location, but when attorney Julia Bartmes arrived, she was denied entry for over an hour. She says officials told her,

“Well, you can’t just stand here taking notes, this is a secure facility, there are undercover officers, and you’re making people very nervous.”

The boy was not released until 12 or 13 hours after his arrest. He was not charged.

“It’s almost like they throw a black bag over your head and make you disappear for a day or two.”

Just like CIA black sites, there have been multiple instances of violence during interrogations. In one case in February of 2013, 44-year-old John Hubbard was pronounced dead after authorities at Homan said he was found “unresponsive” in an interview cell. The Cook County Medical Examiner told the Guardian it could not locate records on Hubbard’s cause of death. There is no record of why he was there in the first place.

Though these practices are eerily similar to torture sites run by the CIA, Homan’s victims  are not all linked to terrorism.

“[…]money, guns, drugs…they bring [suspects] there and use it as a place of interrogation off the books.”

James Trainum, a former Washington D.C. detective believes Homan is the only facility of its kind in the United States (considering the high level of secrecy, it is plausible that others exist but remain undiscovered). Trainum told the Guardian,

“I’ve never known any kind of organized, secret place where they go and just hold somebody before booking for hours and hours and hours. That scares the hell out of me that that even exists or might exist.”

It is also scary that according to Church, the facility is populated with MRAPs, or armored vehicles used as weapons of war. 1,700 pieces of military equipment were granted to Cook County as part of the highly contested Pentagon program to militarize domestic police.

Tracy Siska, a criminologist and civil-rights activist with the Chicago Justice Project, said

“The real danger in allowing practices like Guantánamo or Abu Ghraib is the fact that they always creep into other aspects…They creep into domestic law enforcement, either with weaponry like with the militarization of police, or interrogation practices. That’s how we ended up with a black site in Chicago.”

Though not mentioned in the report, these actions resemble those made possible by the “Belligerent Act” language passed in the 2012 National Defense Authorization Act (NDAA). These provisions essentially remove due process and allow the government to indefinitely detain Americans without charge or trial, and are still in effect today.