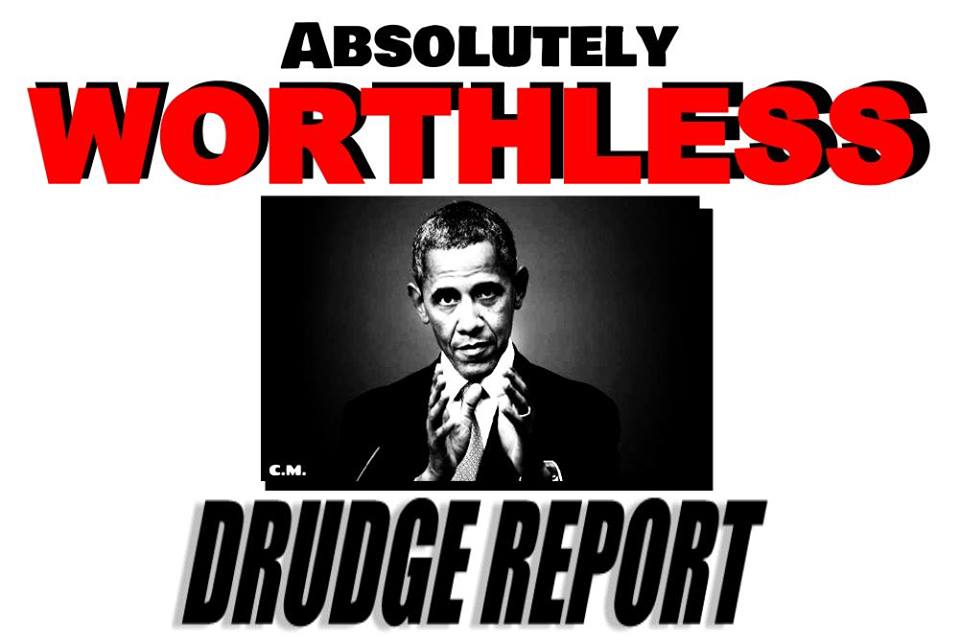 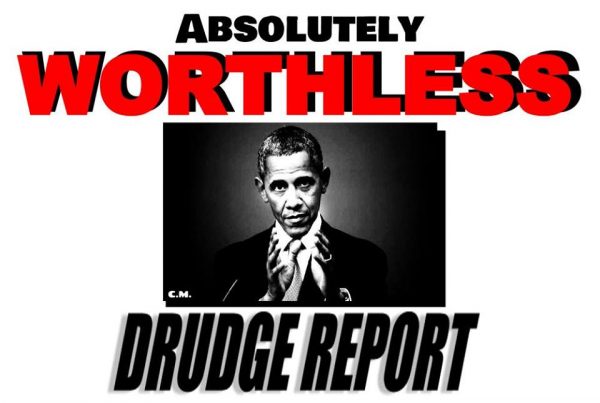 A current headline at Drudge which links to a February 24th Washington Times article by Rowan Scarborough reports that:

This hearkens back to a similar article by Scarborough in July of 2014, where he detailed the findings of an independent panel appointed by the pentagon and congress which concluded that Obama’s “military strategy” at downsizing troop ranks at that time had left the United States too weak to counter global threats. The timing of this present day headline doesn’t help to instill American’s with an overflowing abundance of confidence for a president who fails miserably at instilling confidence in millions of Americans as it is. But when you have a president who consistently demonstrates more empathy for Islam than he does for the people of his own country, what can you expect?

In the following excerpt, Scarborough’s article goes on to elaborate:

~The U.S. military is shedding so many troops and weapons it is only “marginally able” to defend the nation and falls short of the Obama administration’s national security strategy, according to a new report by The Heritage Foundation on Tuesday.~

This coalesces around the recent left-wing media frenzy following former New York Mayor Rudy Giuliani’s  speech at the February 13th, 2015 Iranian American Community of Arizona event, during which Giuliani reasonably questioned president Barack Obama’s patriotism and love of country. I say reasonably because any person predisposed to critical thought would naturally question a so-called leaders inability to bring themselves to identify an enemy wholly sworn and dedicated to the complete destruction and extermination of our entire way of life as we know it. 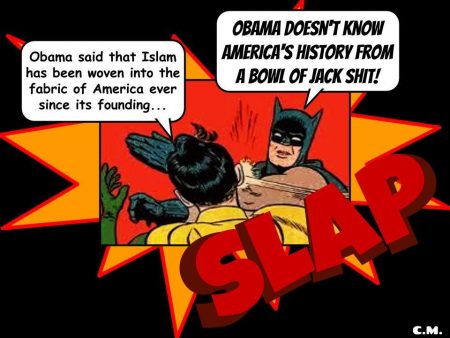 An enemy who is inherently woven into the fabric of Islam since its beginning. A supposed religion which Obama time and again has supported and praised, even going so far as to purposely distort American history in his misleading statement of how Islam has been woven into the fabric of our country since its founding. When you consider also the grossly inaccurate reference to the crusades Obama made during his address at the National Prayer Breakfast to criticize ‘terrible deeds done in the name of Christ’, it would seem Obama knows as much about history as he doesn’t about the constitution which he claims to be a scholar of.  The subsequent bonfire of the hypocrites exhibited by the mainstream media on the heels of Giuliani’s comments was really an astonishing spectacle to see at how these left-wing propagandists (while at the peak of their righteous indignation) could shamelessly operate so completely disconnected from their own conspicuous hypocrisy. 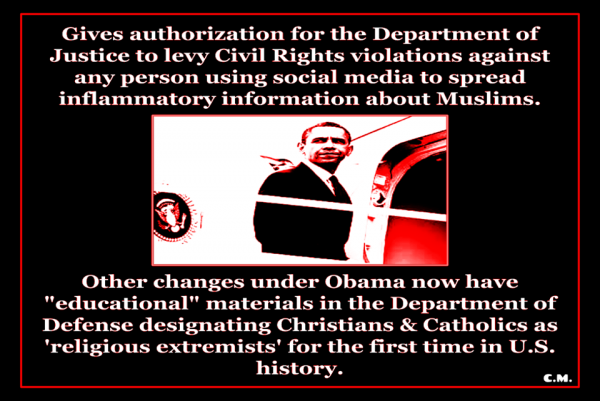 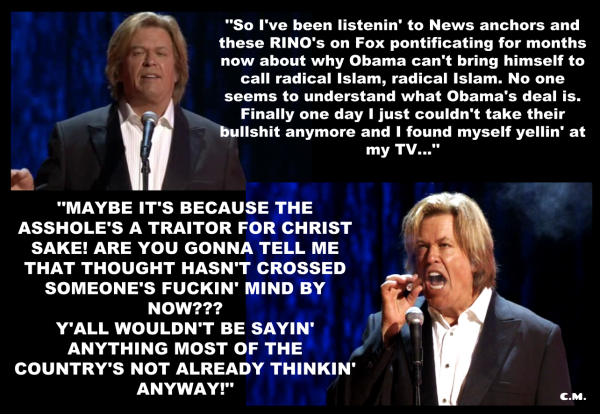 Then there’s the recent report of the historic United States-Iran nuclear deal under the auspices of the Obama administration which poses the likely eventuality for Iran to engage in programs they could implement towards achieving their long-term goal of acquiring nuclear weapons capability. When you take into account the individual Obama looks to as his senior White House Vizier and long time personal friend in the person of Iranian born Valerie Jarrett, this development comes as no surprise to many people. 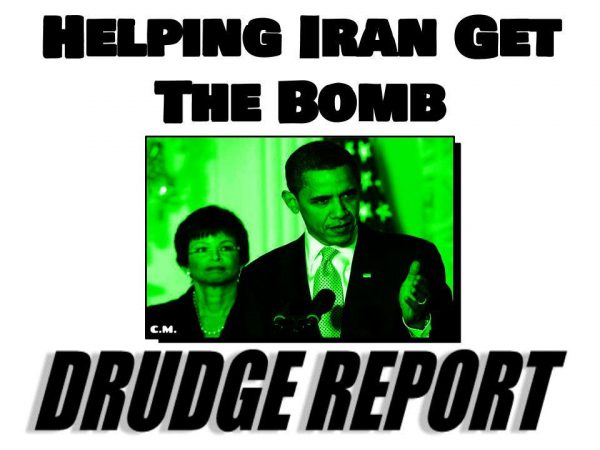 Equally disturbing though is a followup report almost immediately on the heels of this one which would seem to indicate Iran having played Obama as a chump following the disclosure of a ‘secret‘ nuclear site made known that previously hadn’t been revealed until now. That’s all well and said, but given whom it is we’re talking about here, I seriously question the veracity of whether or not this administration was as in the dark about Iran’s ‘secret‘ nuclear site as this report would like to have us believe. 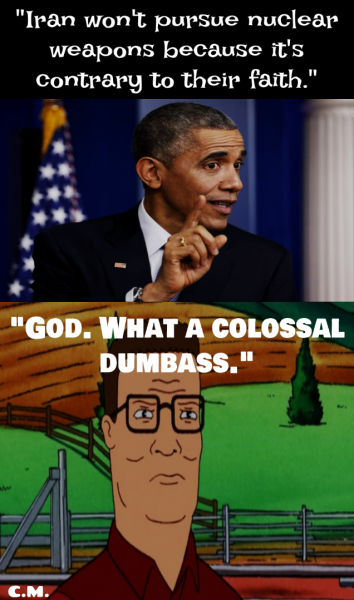 Isn’t it a bit ironic that as the United States and we the American people and our livelihoods have languished under Obama’s manufactured malaise of entropy (on purpose and by design mind you), our enemies seem to be the primary beneficiaries of this malignant presidency? The left comport themselves with their disingenuous mock outrage over Giuliani’s remarks when what he said was nothing most of the country hasn’t already been thinking themselves anyway! If anything, Giuliani didn’t go far enough in his lambasting of Obama, but then I’ve observed how nobody in any position of prominence in either the media or on the national political stage ever do. They’ll allude to it on Fox news and tap dance around it, but none have the guts to dare say it out loud. In the swarm of controversy that erupted from this hornets nest Rudy had given a swift kick, as other Republicans subsequently made their rounds on the Sunday morning talk shows, they were all pressed for their own personal opinions of Obama’s patriotism. I watched as without exception, these Republican eunuchs (self-neutered by the dullards blade of political correctness), all seemed to parrot the same feckless sentiment that it wasn’t helpful to question Obama’s patriotism. Your usual RINO suspects such as Lindsey Graham, were quick to trumpet their belief that Obama does indeed love his country. 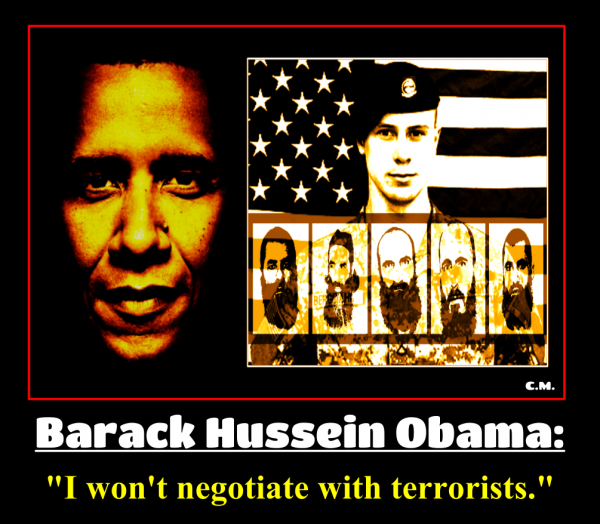 Keep in mind these are the same lawmakers who have been accusing Obama repeatedly of lawlessness over the years with his many sundry scandals, in his refusal to enforce our federal immigration laws, with all of his unconstitutional executive mandates, accumulating a few months ago with their having alleged Obama broke federal law outright with his prisoner exchange of 5 high value Islamic terrorist detainees in Gitmo for enemy sympathizing Army deserter, Bo Bergdahl. An overt violation which the Government Accountability Office described as Obama’s having broken a “clear and unambiguous” federal law, elaborating even further in their determination that the Department of Defense had also violated the ‘Antideficiency Act’ with their appropriating unauthorized funds for this illegal prisoner swap. Funds to the supposed tune of $5 million dollars. 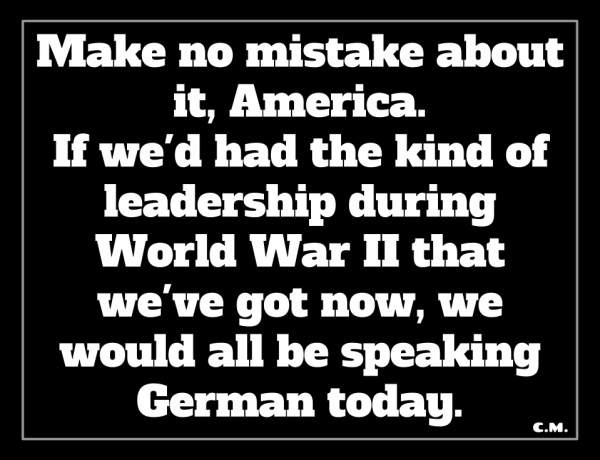 These are the same lawmakers who do absolutely NOTHING  to defend or uphold those laws they’re fond of telling us Obama has violated, but they’ll practically contort themselves out of shape on national television defending Obama’s patriotism tho’. Kinda makes your head hurt trying to follow the nonsensical logic of their reasoning doesn’t it? I mean you can listen to these so-called “lawmakers” go on about how lawless Obama is only so many times before their inaction in the face of their repeated grievances starts to become conspicuous. Now it seems with the latest showdown controversy that surrounds funding the DHS (of which Obama’s executive amnesty is part and parcel of), it would appear that Senate RINO’s are giving in to Obama’s executive amnesty in yet another political surrender. It makes you wonder why there is even a Republican Party anymore. They’re all of them Wolves running in the same pack & none of them are worth a damn to we the people upon whom they prey. 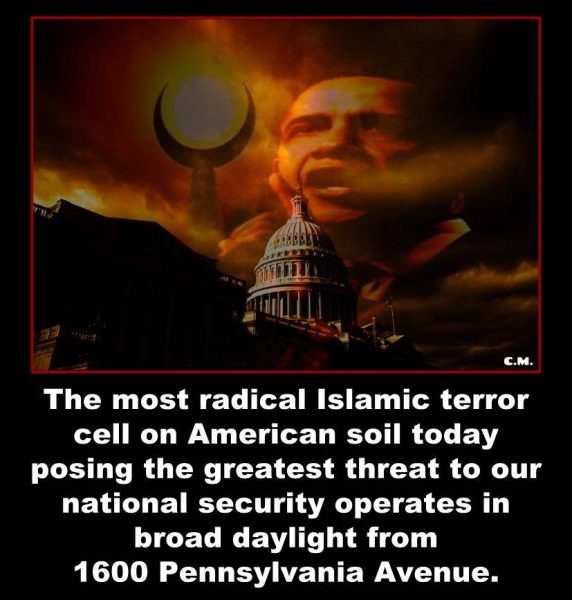 Obama has abused the power of his office to persecute our various Christian faiths in our country time and again , but don’t you dare be critical of Muslims or else the Department of Justice will come after you. Obama has embraced the Muslim Brotherhood and seeded them all over within our government, but never mind they’re designated as a terrorist organization by Egypt. Our nation had not seen a successful Islamic related terrorist attack on American soil since 9/11 until after Obama was elected, but don’t you dare question Obama’s patriotism. Never mind Obama and certain members of his administration were conducting an illegal gun running operation out of Benghazi, Libya without Congressional approval to al-Qaeda linked Syrian rebels that resulted in the murders of a U.S. Ambassador and 3 other Americans by Islamic terrorists and the eventual possession of U.S. weapons by ISIS militants, but you’d better not doubt Obama’s love of our country (despite the fact that it wasn’t until Obama was elected president that Michelle Obama said she felt proud of her country for the first time in her life). Also, has anyone else noticed this accelerated rise and rampant spread of radical Islam all over the world during these last 6 years like we’ve never seen before since 9/11? Just sayin’. 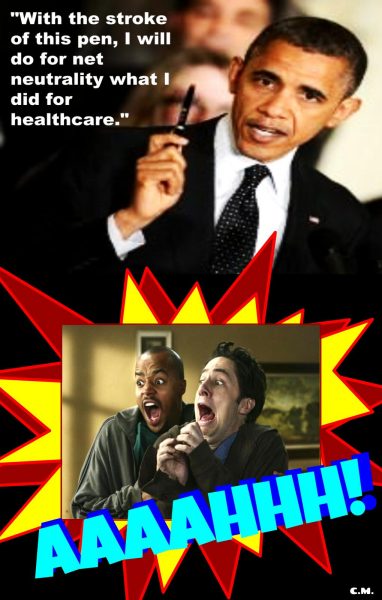 Now Obama and other interested parties want to take over and seize our internet with this net neutrality legislation. Much like the brilliant minds who gave us Obamacare and relied on the stupidity of the American voters to do it with as they deliberately lied through their teeth misrepresenting it to us for YEARS (although in fairness, when you consider it was those same “brilliant minds” who spent over $2 BILLION dollars just to design a website for Obama’s Affordable Care Act debacle, you have to wonder exactly who the idiots here really are). It’s all hard to digest when you know the reality is that this surreal farce occupying the White House was never qualified for the office he holds to begin with. Even Louisiana governor Bobby Jindal recently made the statement that Obama has shown he is incapable of being Commander-In-Chief.  That should be patently obvious by now.

Most of us are aware that our country has been under constant assault by radical Progressives (or as I like to refer to them: the American equivalent of radical Islam) for decades. A slow but steady erosion and perversion of everything our nation was founded to be. In a previous article for the D.C. Clothesline I’d written back in December, 2014, titled; ‘238 Years Later, Washington’s Warnings Have Come Full Circle To Bite Us All In The Ass ‘, I explained it like this in the following excerpts:

~The most salient aspect emphasizing the reality to this morbid deterioration of our country and collective precocity as a people came with the election of Barack Hussein Obama. An obscure, apocryphal candidate short on qualifications or ability, but long on radical associations from his provenance of Chicago that alone would see any white politician or citizen ranking high on an FBI terrorist watch list. Obama is the defining derivative by which I’ve come to assess this gross abnegation to any semblance of reason or common sense our nation seems now conditioned to embrace under the inverting, entropic precepts of political correctness.

Under the malign ambitions of Barack Hussein Obama, we as modern day Americans have presided over the most accelerated period of coercive attrition to ever be wreaked on our country by a sitting president than at any time previously in our combined history. The sum of this mans violations compressed into these past 6 years is breathtaking when you try to catalog each and every one of them. The scope of his deleterious dereliction’s are replete with larcenous abuses, racial division, constitutional violations and even homicidal negligence. People have lost their lives to this charlatans duplicity, yet this faux opposition party that Republicans appear to have decayed into have proclaimed to us that impeachment is off the table. 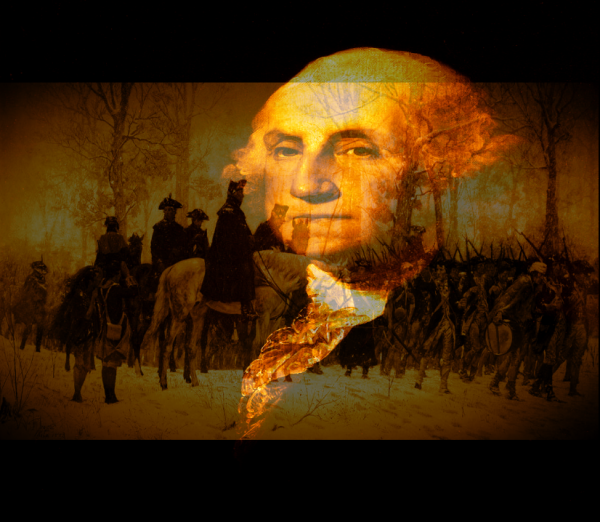 Two hundred and thirty-eight years of history and this is where we’ve arrived at. Washington’s prognostications to the jeopardy a party system represented to government and those men who would exploit it by fomenting dissention and division through a process of systematic usurpations appears to have reached attainment in the person of Barack Hussein Obama.~ 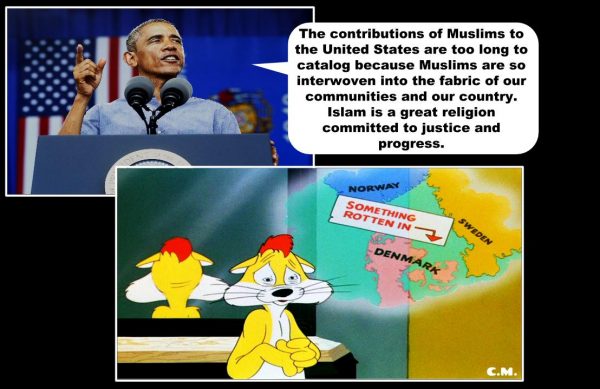 You’ll notice how it wasn’t until Progressives insinuated political correctness into our culture that the inevitable groundwork had been laid for that time when at last Barack Hussein Obama emerged from beneath whatever rock he’d been hiding under to show us that even after all those decades of grinding down our country had undergone, we still hadn’t seen nothing yet. As these last 6 years have proven. And still our so-called lawmakers do nothing.

And just think too, this monstrosity has 2 more years to go yet. 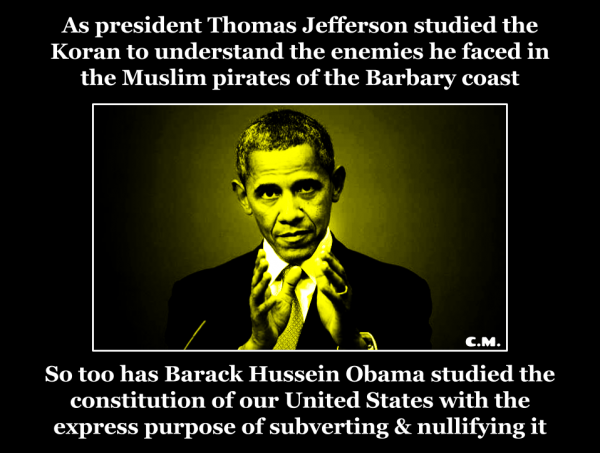