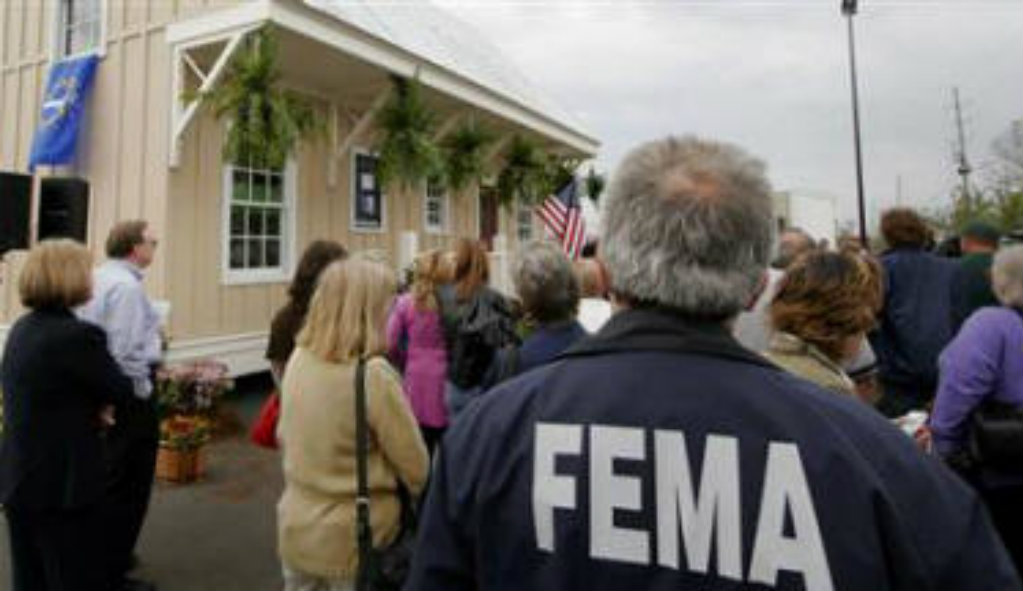 The reports of pastoral betrayal are now coming in from multiple sources and there is no denying where this is headed. Below is an interview that Alex Jones did with my friend Pastor Butch Paugh. I have been on Pastor Butch’s show many times and my experience with him is that he is not only a committed man of God, he is a very serious researcher.  In the following video, Pastor Butch tells Alex just how far FEMA’s plot is to use pastors to entice willing self-incarceration into FEMA camps.

In the following short clip, the DHS/FEMA freely admit to enlisting pastors as part of the Clergy Response Team run by NOVAD.

There is no hiding it now, it is out in the open.

As if the Clergy Response Teams are not enough to convince you that your church has been compromised by the non-Christian forces connected to the globalists, then you need to consider the impact of 501c3 regulations and how they limit the preaching of the word of God from the pulpits of America.

MSNBC interviewed a pastor, who also happens to be the Chairman of the Congressional Black Caucus, Emmanuel Cleaver (D-MO.). Representative Cleaver stated very clearly that Preachers are being muzzled by the 501c3 regulations being enforced for the Justice Department and the IRS. In 2014, Representative Cleaver headed up a meeting with several thousand clergy along with representatives from FEMA, the IRS and Eric Holder. According to Cleaver, the pastors minister to a total of about 10 million Christians.

If you find this too hard to believe, let the Congressman tell you in his own words what I have just written here.

Through the 501c3 regulations, DHS and FEMA have made it nearly impossible for your pastor to tell you the truth as to what is coming.

How Common Is the Undermining of the Church?

As part of the Clergy Response Team training, their initial and primary training was to tell their flock to obey the DHS version of Romans 13.

“Let every soul be subject unto the higher powers. For there is no power but of God: that be ordained of God.” Romans 13:1

After watching a number of videos and interviewing several pastors with regard to the undermining of the church by FEMA/DHS, I interviewed a whistleblower who was a pioneer in the formation of the Clergy Response Team, Pastor Walt Mansfield.

Pastor Mansfield was among the first of the pastors recruited to become a part of the Clergy Response Team. The revelations he conveyed to me about this program had pastors doing a whole lot more than preaching Romans 13. But before going to the disturbing contents of the interview, let’s take a look at relevant legislation which helps to legitimize Pastor Mansfield’s outrageous claims. Pastor Mansfield was recruited to become a member of the Clergy Response Team which would operate under the control of NOVAD and DHS. Mansfield’s revelations about his experiences are stunning and concerning at the same time.

Pastor Mansfield emphasized that the FEMA/DHS drills were predicated on bioterrorism. The pastors were trained to go to homes were people refused to be relocated by the authorities and  their immediate job was to convince the reluctant to willingly go to the relocation camps. Ostensibly, this was to be done in lieu of sending in the SWAT teams.

I asked Mansfield if FEMA camps were real and he stated that much of the clergy training focused around this scenario of pastors operating within the forced relocation centers. The main goal of a pastor assigned to a FEMA camp was to bring order and encourage compliance with DHS requests, hence, the emphasis on Romans 13.

The pastors were forced to sign a non-disclosure.The most interesting and disturbing fact that I learned was the fact that the pastors were told not to quote Scripture. The DHS document which was prepared for the pastors clearly stated that Scripture had been used to “oppress” people in the past and the presenters strongly discouraged its use. Please see the following excerpt from one of the DHS training manuals:

“During a time of crisis people do go through a “crisis of faith.”

Pastor Mansfield also revealed that pastors will be issued badges under the Clergy Response Team program. Any pastor not displaying the badge, indicating that they have been trained under these guidelines, will not be permitted into the established and designated “DHS safety zones”. This reminds me of the banishment of religious figures from Plymouth Colony who, in good conscience, refused to go along with some of the extremism of that day. Pastors are absolutely forbidden to publicly to speak about any aspect of the program. If you were to ask your pastor if they are a FEMA trained pastor, they will not likely tell you.

Disturbingly, Pastor Mansfield reiterated several times that the number one job of these pastors is to calm people down and encourage their compliance within the peoples’ new surroundings (i.e. FEMA camps).

Pastor Mansfield also stated that pastors will be utilized as informants. This violates the legal privilege of confidentiality between pastor and church-goer, that is currently recognized by law. All church-goers can no longer trust the sanctity of personal confessions and revelations made to pastors, priests or rabbis. This one illegal act by DHS completely undermines the Christian Church in America! Many of us have been quick to point out that this bastardization of the Romans 13 is designed to force compliance to government edicts who might not otherwise comply. On December 31, 2011, President Obama signed the National Defense Authorization Act (NDAA) into law which in addition to allocating $662 billion to the Pentagon also contains a measure which allows U.S. citizens to be taken into custody and held indefinitely without ever being charged with a crime.

Not only can any citizen deemed a threat to “national security interests of the United States,” be held forever without receiving a trial, but the military will be the ones arresting those citizens.

NDAA Section 1022, subsection c allows “(1) Detention under the law of war without trial until the end of the hostilities authorized by the Authorization for Use of Military Force.” The National Emergency Centers Act or HR 645 mandates the establishment of “national emergency centers” to be located on military installations for the purpose of providing “temporary housing, medical, and humanitarian assistance to individuals and families dislocated due to an emergency or major disaster,” according to the bill.

The legislation also states that the camps will be used to “provide centralized locations to improve the coordination of preparedness, response, and recovery efforts of government, private, and not-for-profit entities and faith-based organizations”.

The bill also provides that the camps can be used to “meet other appropriate needs”, as determined by the Secretary of Homeland Security. This is a carte blanche mandate that many fear could mean the forced detention of American citizens in the event of widespread rioting following a national emergency or a total economic collapse.

What pastor could, in good conscience, participate in this heinous program? Only a pastor who has turned their back on Jesus could ever be a part of such a tyranny. The pastors in America are being coerced to participate because when an emergency is declared, no pastor, who does not have the “FEMA-trained government badge” will be allowed to be in a declared “emergency” area. Pastor Mansfield and many of the other pastors that I spoke with, felt strongly this was the government’s way of removing Jesus from America’s landscape and set the stage for the ushering in of a new-age religion.

It is mindboggling to fathom how so many reporters and media types deny the existence of FEMA camps under these circumstances. It is also disturbing that any pastor would agree to participate in a program in which Jesus and the Bible end up on the cutting room floor. The only viable way to preserve Christianity is for all Christians to leave their churches and form Bible home study groups.

Since I began investigating how widespread the takeover of the chuch is by DHS/FEMA, I have been contemplating the potential wisdom of Aleksandr Solzhenitsyn who made the following quote:

Solzhenitsyn once said that:

“We should have resisted the KGB at the front door. If the KGB thought that they might not go home that night, the Russian people might have had a different fate”.

WILL YOU SUBMIT TO ILLEGITIMATE AUTHORITY? 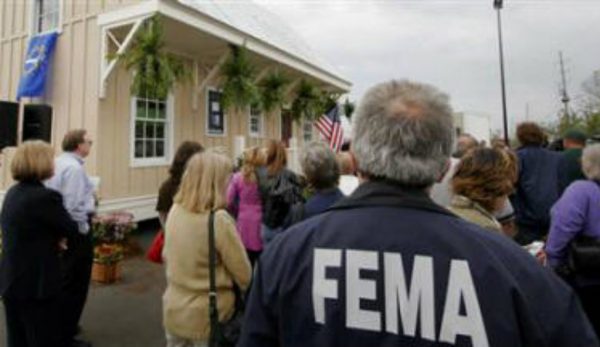