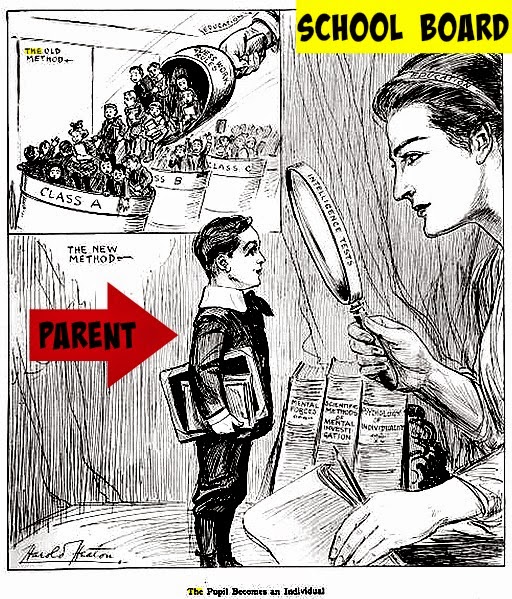 Have you bitten your fingernails today? Hopefully, you have saved room for when you watch this. If you’re a reasonable parent with a student in the public school system and notice a blatant violation – unfortunately this absurd behavior is something you might encounter from the district school board. That is, if they are intertwined with an agenda.

Michael Krieger of Liberty Blitzkreig reported the background on the Naples, Florida incident.

In order to give you some background on the issue, see the Letter to the Editor he wrote to the Naples Daily News on 1/28 to say what he was prevented from saying at the 1/20 School Board Workshop…

A quick synopsis of the letter involves parents who wished to speak out about premature curriculum approval that involved blatant historical fallacies (that you would probably detect immediately as propaganda) in text books. Seriously, that’s it. They wanted to point out the problems. For getting involved and wanting to rationally discuss the textbook problems (like the history book claiming the government can informally change the Constitution or the elimination of the U.S. on a world map) they were allegedly called “Nazi book burners” and “narrow-minded, racist Bible-thumpers.”

A recap of how the actual January Collier County School Board Workshop went in the video below, shows that the parents never made it that far. They weren’t allowed to direct any comments to “approvers” or anyone involved or anyone who was using authority to silence the parents. This extended to absurd levels when it turned out that parents would be “shushed” like children for using any pronouns at all or referring to any human beings – as opposed to generalized, vague, watered-down topics. This wasn’t just a matter of keeping the peace – this was censorship via the same maturity of a schoolyard bully taunting “quit hittin’ yourself! quit hittin’ yourself!”

Also note the psychological effect of the parents having to look up to the chairwoman to make their statements.

Commenters describing the chairperson’s behavior are using terms like the “b-word,” psycho, Nazi and power-tripper. If you feel the same way, please know that doctors and psychologists agree with you and the commenters – her behavior is the very stuff of power-tripping, verbally abusivesociopaths and narcissists. She should be immediately stripped of that position as her behavior demonstrates she has no ability to withstand conflict. Although she is perched above the parents and is acting like a Nazi-librarian instead of the paid public servant she is – she is actually the tantrum-throwing child in this scenario.

The parents have every right to UP their demands – not just to “be heard” – we’re way beyond that point – but to make heavy and consistent demands for real change. If they don’t, it is obvious that the goal of the school board is to run roughshod directly over the parents and the students. Maybe it’s time for the parents to go after their positions.

The parents can fulfill this role too, no doubt. Look how they maintained their composure and poise the entire time while facing the obnoxious antics of the power-tripping chairwoman. How would you have held up?