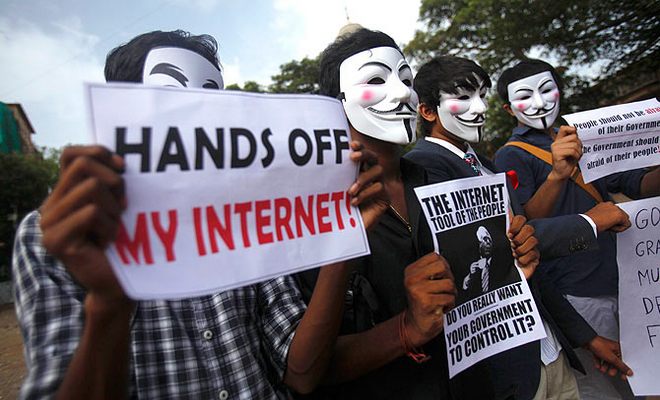 A BRILLIANT GO-AROUND, THEY GOT US GOOD

WASHINGTON D.C. (INTELLIHUB) — Thursday the Federal Communications Commission (FCC) voted on and approved the end of the Internet as we know it.

That’s right the ‘information superhighway’ has just been obliterated by the passage of “Net Neutrality” which allows the FCC to regulate the once free and independent Internet.

Essentially it’s like putting a person or a checkpoint between point A and point B in which one may eventually have to check in with. Call me a conspiracy theorist but that would be a “gatekeeper” which proponents of the plan promised wouldn’t exist. Although this analogy may seem far-fetched to some, and hasn’t fully manifest itself yet, we will just have to wait and see. But rest assured there will be nothing neutral about Net Neutrality.

The whole “Net Neutrality” thing was made to sound good to everyone as they’ve sugar-coated it [their plan] for the dumbed-down masses, hoodwinking them into accepting it.

WHEN PAST MEETS THE PRESENT

Die-hard radio talk show host Howard Stern and others such as rapper Eminem have went toe-to-toe with the FCC on ‘freedom of speech’ issues and know good and well just how diabolic the FCC can truly be at times. And for that reason people like myself will never trust the FCC as nothing good has ever came from the agency.

The fact of the matter is the agency is only there to regulate information which we can watch, read, and listen to. They want to be the middleman between the content and our brains which will eventually lead to the full-on manipulation of and/or the suppression of information in which they [the powers-that-be] deem we don’t need to know.

And in case you didn’t know yet, as sheep, we are already on a ‘need to know’ basis. It’s the program that our masters have designed for us. They have subconsciously transplanted it into our minds slowly through many years of governmental mind control experimentation sessions. The brunt of it all started with the T.V., but has now morphed into what futurists would describe as an active environment, digitally speaking of course. Where man interacts with machine. They want to control cyberspace period.

Interestingly enough the final rules won’t be published for several days which is seen by some as a ‘stall’ that may allow regulators to insert more legal muck; i.e. jargon, into the mix before the passage becomes viable law in just a few short months.

You see, just as Hitler positioned himself and his team above the populace of Germany in the 1930′s, the Obama Administration has done the same — driving the final nail into the proverbial coffin, representing the death of the Internet itself.

Moreover now under Executive Orders and National Security Presidential Directives, such as 51, the President of the United States has powers vested in him to shut off the Internet, which has now been classified as a “utility” under the new regulation, during any “crisis” or “national emergency”.

You have to admit it was a brilliant go-around.

They got us good.

A letter from the President reads: