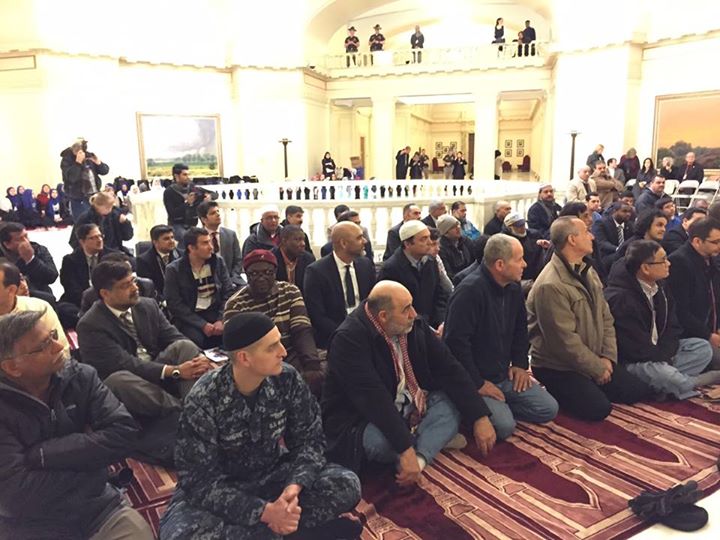 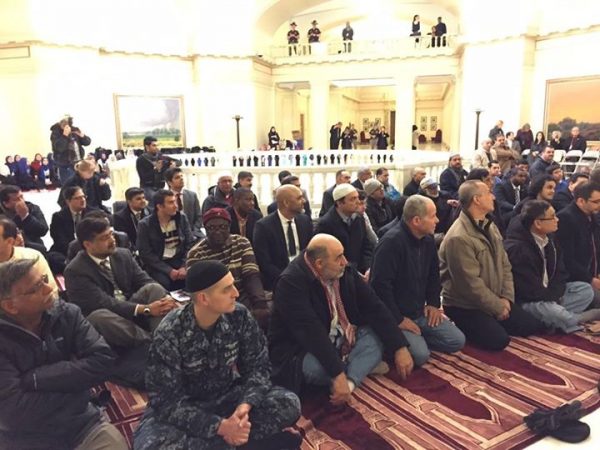 As Muslims were gathered inside the Oklahoma state capitol and were praying loudly, a brave Christian interrupted their prayer with the Lord’s Prayer – the Our Father. That’s the good news. The bad news? Police threw her out and allowed the Muslims to continue praying.

Oklahoma State Rep. John Bennett is one of the very few politicians who will speak openly about the threat of Islam. During the event that was interrupted by the ‘Our Father’, it was Bennett who passed out Bibles and fliers which included questions like:

“Will you denounce the terrorist organization Hamas?”

As for the woman who began praying the ‘Our Father’, it appears to be the same woman who interrupted Texas Muslims at the Capitol Day last month:

As was the case at the Oklahoma State Capitol, there was one Texas State Rep. who took a stand against similar proceedings in Austin. Her name is Molly White and she put an Israeli flag on her desk while asking all Muslims who entered her office that day to pledge loyalty to the U.S. White was scorched by the media and was even thrown under the bus by the Texas State Speaker Joe Straus. Nonetheless, she didn’t back down, releasing this YouTube video within days:

The woman who shouted the ‘Our Father’ also appears to be the same woman who righteously interrupted Muslim prayers inside the Washington National Cathedral last November:

It’s safe to say that this woman has more guts than the Speaker of the U.S. House of Representatives John Boehner, who introduced an Imam on the floor of the house one day prior to the National Cathedral incident, and bowed his head as the Imam delivered a prayer: