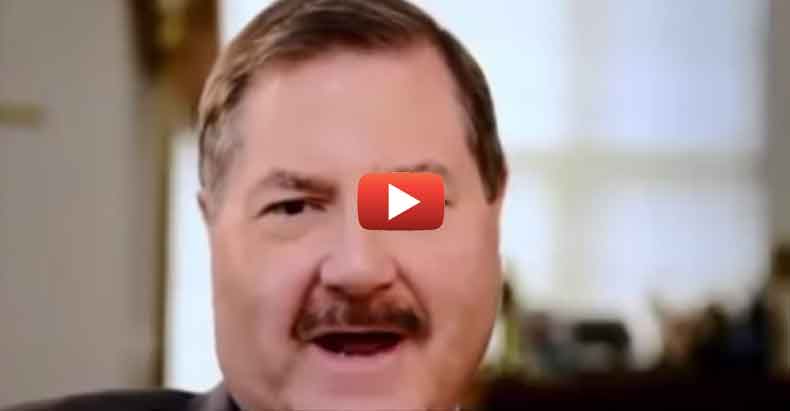 A documentary film, The Newburgh Sting, premiered at the Tribeca Film Festival in April of last year. The film set out to expose how the FBI entraps and coaxes otherwise peaceful people into participating in hoax crimes.

In the film, former FBI assistant director Thomas Fuentes defends the tactics used by the FBI to set up poverty-stricken men and offering them large sums of money to commit crimes.

After he had defended the FBI’s role in bribing poor people to get them to commit crimes, he let out a bombshell statement, confirming what many of us already know. In the film, Fuentes stated:

Early this month Privacy SOS reported, “In the context of an interview about a case in which a paid FBI informant is alleged to have offered destitute men a quarter of a million dollars to execute an attack, a former assistant director of the FBI admits it’s in the bureau’s best interest to inflate the supposed terror threat. That’s remarkably candid, and profoundly disturbing.”

When the broken down and often mentally diminished participants are arrested by the very people who were going to pay them to commit a crime, we’re told that our flawless law enforcement apparatus has foiled another attack, and kept us safe another day.

As Glenn Greenwald stated in response to this story, “The agency does not disrupt planned domestic terror attacks but rather creates them, then publicly praises itself for stopping its own plots.”

Fear is a normal and crucial part of the human psychological being. Fear has been defined as a typical reaction to a real or imagined threat and is considered to be an integral and adaptive aspect of development with the primary function of promoting survival.

However, our fear can be used against us.

Using fear to control the masses is nothing new. The fact that this tactic has been used for thousands of years makes it all the more disheartening when we witness our fellow humans tremble in fear every time the state names their new boogeyman.

The evolving list of boogeymen in the US has grown quite lengthy over the last couple of centuries. Despite being told that these boogeymen pose an imminent threat, and we should surrender our freedoms to combat said threat, very few times are Americans hurt by these contrived villains.

Nonetheless, the majority of Americans line up to have themselves and their children molested by agents of the state, to keep them “safe.” As his rights are trampled, his freedoms are stripped, and children are slaughtered in his name, Boobus Americanus parrots the words of his tyrannical overlords, “freedom isn’t free.”

As he watches innocent men, women, and children, brutalized by the blue fist of oppression, Boobus Americanus repeats to himself, “they likely did something to deserve it…at least it’s not me.”

However, it is only a matter of time before it is Boobus Americanus who’s killed in a botched raid on the wrong house, or whose child receives a flashbang grenade to the face.

Mainstream media coupled with government fear-mongering about the next boogeyman is helping to create a society of timid and fearful drones who are entirely dependent on the state for their own protection; “protection” that is all but non-existent.

When the next terror threat, beheading video, or justification for killing children is shoved down your throat via FOXSNBCNN, remember that you are far more likely to be killed by a police officer in this, the “Land of the Free,” than by a terrorist.

In fact, you have a better chance of being killed by a bee sting, a home repair accident, medical malpractice, hot weather, tripping, or choking on your vomit. All of these are more likely to kill you than TERRORISM.

Our fear is the only thing that keeps the gears of the police state turning. Once we realize this, we can begin to see the entire picture; we’ve granted a monopoly on the use of violence to a gang of sociopaths who manipulate us for their own personal gain. When the sociopaths refer to this manipulation, however, they call it public service.