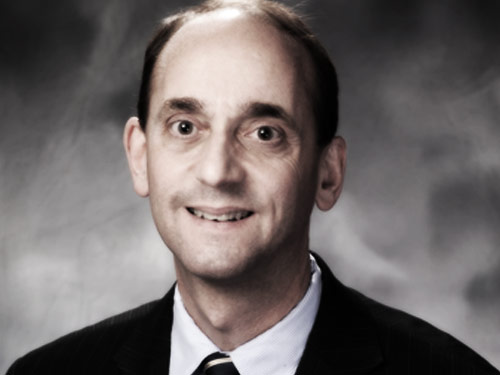 It’s all over the news today that Republican Missouri Auditor Tom Schweich, a man who had just announced he planned to run for governor last month and who had just invited reporters to his home yesterday afternoon, was shot and killed yesterday morning at his house in an “apparent suicide.”

Police have declined to comment on whether or not there was a note, what type of weapon was used, or where the wound landed at this time.

It’s odd timing considering not only his recent announcement that he would run for Missouri governor, but Schweich had scheduled interviews later that same day at his home with both The Associated Press and St. Louis Post-Dispatch to break a story.

In fact, Schweich had just called St. Louis Post-Dispatch reporter Tony Messenger seven minutes before the 9-1-1 call went out from his house that he was shot.

What was he going to talk to Messenger about? According to the journalist, it had to do with a smear campaign against him within his own political party:

I have no idea why Schweich killed himself. But for the past several days he had been confiding in me that he planned to accuse the chairman of the Missouri Republican Party, John Hancock, with leading a “whisper campaign” among donors that he, Schweich, was Jewish.

He wasn’t, which is to say that he attended an Episcopal church, but that doesn’t mean he wasn’t proud of his Jewish heritage, passed down from his grandfather…

Division over race and creed is real in Missouri Republican politics, particularly in some rural areas. Schweich knew it. It’s why all week long his anger burned.

One of his last voicemails, he is heard saying, “This is only for you two and I hope you will not make it know that I am doing this…”

But, John Hancock wasn’t the only person in high political places in the state who had had his feathers ruffled by Schweich:

But Schweich was no ordinary politician. He burst onto the scene by writing a scathing critique of U.S. Rep. Roy Blunt, suggesting the Washington insider would be a bad choice for the Republican nomination for U.S. Senate in 2010. Blunt outflanked Schweich, who decided to run for auditor instead. At the time of his death, he had his sights set on another office — governor — that was likely also out of reach.

Why? Because all the traits that made Schweich a good auditor made him a lousy politician.

He had enough of a heart to be offended that one donor, Rex Sinquefield, had spent about $1 million to finance the gubernatorial campaign of fellow Republican Catherine Hanaway that he made that the centerpiece of his news conference when he announced his official entry into the race.

He chided his fellow Republicans in the Legislature for failing to follow the Sunshine Law.

Another editorial in the Post-Dispatch remembers Schweich as someone who, rare in even our corrupt state governments these days, was actually attempting to do his job:

However low profile the auditor’s job, it was perfect for someone of Tom Schweich’s sensibilities. After investigating the opium trade in Afghanistan, the sort of low-rent carelessness and corruption endemic to public bodies in Missouri was child’s play.

He audited school boards for their cozy relationships with bonding firms and municipalities for sloppy budgeting. He was quick to pounce on municipalities that exceeded state limits on how much city revenue could be extorted from traffic fines.

He took on the sacred cow of tax credits issued by the Legislature, noting that too often there was little evidence that they worked as promised. He hammered Democrats and Republicans alike for ignoring the state’s Open Meetings Law. He called out the Legislature for its loose-to-non-existent ethics laws. He insisted on auditing not just dollars and cents, but the overall performance of public bodies.

Yes, he played partisan politician briefly in suing Gov. Jay Nixon for withholding state dollars as part of the budget process, but his heart didn’t seem to be in it.

Auditor was the perfect job for him — the Democrats didn’t even bother to field an opponent to his re-election bid last year. But he wanted more, and so he announced in January that he’d be running for governor in 2016.

Does that sound like someone a corrupt political setting would allow to be governor? After all, with Jay Nixon running things, it’s been corporatism as usual in that state. Schweich may have actually tried to change that.

And was the “whisper campaign” of John Hancock really the only thing Schweich was going to report on?

Had he simply made too many political enemies?

Here is how the Post-Dispatch Editorial Board wants Schweich to be remembered: