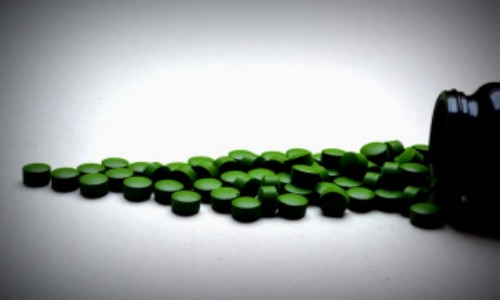 Have you ever used a supplement that worked wonderfully? It relieved whatever was ailing you and worked as advertised, and maybe even put a little spring in your step. Afterward, did you happen to try a cheaper store brand version of the same supplement, only to find that it did nothing at all? Or worse, did it suddenly gave you an adverse reaction?

Well, you’re not crazy. It may not come as a surprise to many of you, that a recent study conducted by the New York attorney general’s office, has found that some store brand supplements don’t supplement much of anything. In fact, the study found that 79 percent of the brands tested, did not contain the herbs labeled on the bottle.

A particular scathing examination of the study was posted on Forbes, which in so many words claimed that this was an indictment of the entire supplement industry, and was proof that using herbal supplements was tantamount to believing in witchcraft (under the author’s “about me” header, the article was cleverly labeled under Fighting Pseudoscience).

The meat of the article reads:

Attorney General Schneiderman sent letters to four of the largest retailers of supplements in the country: Walmart, Walgreens, GNC, and Target, demanding them to immediately stop selling supplements that were falsely labelled, including echinacea, ginseng, St. John’s Wort, ginkgo biloba, and others.

What did Schneiderman’s office do? Well, they conducted a scientific study, using DNA sequencing to test the ingredients in six types of herbal supplements, looking at different brands from multiple stores. They tested each sample five times to ensure accuracy. They collected 78 different samples and ran 390 tests in all.

Here’s what they found:

I have to say, I’m not entirely surprised that Walmart fared the worst of the four, but I give them kudos for owning up to it. They agreed to pull their products, not only in New York, but across the country as well.

So far GNC is sticking to their guns. They claim that the manufacturing process strips the DNA from the supplement, and that the state’s laboratory testing methods wouldn’t be able to find traces of the herbs. However, the study still found DNA evidence of fillers in their brand like asparagus, rice, legumes, and an unidentified houseplant among others, so I don’t think they have anything to proud of.

Either way, the study is a damning indictment of certain companies in the supplement industry. I doubt those of us who take herbal supplements will ever hear the end of this. You’re going to hear claims that this is proof that natural medicine is nothing but pseudoscience, and that the benefits we receive from these medicines (and yes, I would dare to call them medicines no matter what the medical establishment says) are nothing more than a placebo effect.

However, I think there are two sides to this coin. This study also calls into question all previous studies on the subject of natural medicine. I ask, how many peer-reviewed medical studies concluded this stuff was bunk, because they used fraudulent supplements that didn’t include any of the ingredients that were listed on the bottle? How many people have been turned off by herbal medicine, because they bought a shoddy product that did nothing or made them ill?

We may never know. Nonetheless, this is an opportunity for the health community to reexamine these substances, and give them an honest review. It’s time to take these herbs back to the lab and prove once and for all, whether they work or not. And it’s also a good time for everyone out there with chronic health problems, to do their due diligence in finding a genuine product, and see if it really does relieve their bodily woes.