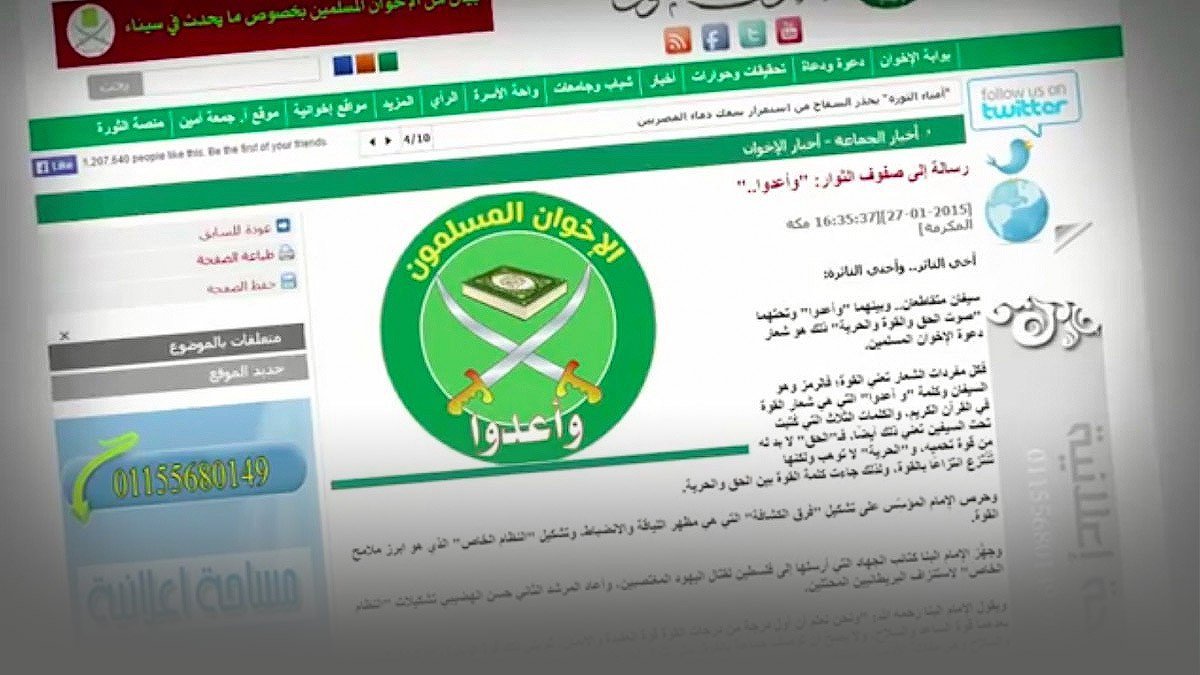 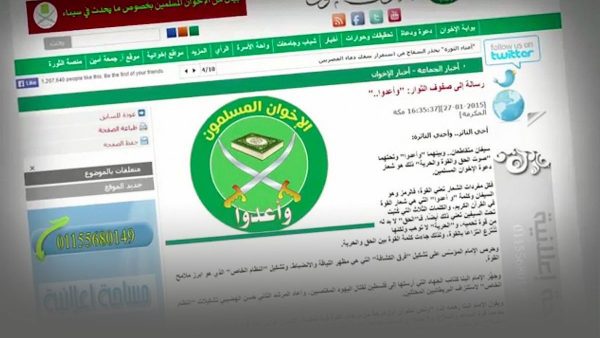 The first article of the Betrayal Papers asserted that the Muslim Brotherhood was not only influential in the United States government, but in fact dominated the administration of President Barack Hussein Obama. This article will name several key people who were or are in the Obama administration and who have various, documented associations with organizations which are directly tied to and/or funded by the Muslim Brotherhood and the State of Qatar (home to Brotherhood’s Spiritual Leader, Yusuf al-Qaradawi). These individuals have helped dictate national security policies that have crippled counterterrorism efforts at home and abroad.

The Muslim Brotherhood’s Network of Civic Organizations: Apologists for Terror

In 1963, the first Muslim Brotherhood front group established itself in the United States and Canada: the Muslim Students Association of the U.S. and Canada (MSA), a group based on college campuses in North America. Through this organizational foothold, the Brotherhood has recruited and indoctrinated generations of American and Canadian Muslims into an Islamic belief system that pits Islam against the world. In more than a few cases, Muslims who join MSA chapters at their colleges have taken this ideology to its logical extreme: terrorism.

For example, it was recently reported by the Canadian Military Association that eleven (11) of Canada’s highest profile terrorists were tied to the MSA.

The Muslim Students Association (MSA): The MSA, the first Muslim Brotherhood organization to gain a foothold in the United States, was founded in 1963. Many founding members were Muslim Brothers or had connections to the Muslim Brotherhood. The three most significant founders of MSA were Hisham al Talib, Jamal Barzinji, and Ahmed Totanji, and all of whom were MB leaders of Iraqi descent. While a student at George Washington University, Hillary Clinton’s personal aide Huma Abedin was on the Executive Board of her MSA.

Council on American-Islamic Relations (CAIR): CAIR was founded by two individuals with close ties to a Hamas operative. Hamas, according to its own charter, is the branch of the Muslim Brotherhood in Palestine. In 2007, founder Omar Ahwad was named as an unindicted co-conspirator in the Holy Land Foundation terrorist financing trial. In November 2014, CAIR was designated a terrorist organization by the United Arab Emirates.

Muslim American Society (MAS): MAS was founded in 1992 by members of the Muslim Brotherhood, according to MAS secretary-general Shaker Elsayed. MAS, and the Muslim Brotherhood, advocate for Sharia law in the United States. MAS identifies the Islamic Society of North America (ISNA) and Muslim Students Association (MSA) as organizations with the same goal: the “Islamic revival movement.” In November 2014, MAS was designated a terrorist organization by the United Arab Emirates.

Islamic Society of North America (ISNA): ISNA was created out of four Islamic organizations, including the Muslim Students Association. Its former president Mohamed Magid was appointed an advisor to DHS and the National Security Council by Barack Obama in 2011, and was a recent guest at the White House.

Muslim Public Affairs Council (MPAC): MPAC was founded by members of the Muslim Brotherhood, specifically Hassan and Maher Hathout, both whom were acolytes of Muslim Brotherhood founder, Hassan al-Banna. MPAC supports the Tunisian Ennahda (Muslim Brotherhood) Party leader, Rachid Ghannouchi, whom they termed “one of the most important figures in modern Islamic political thought and theory.” Its current President is Salam Al-Marayati, who represented the US to the United Nations and UNESCO in 2010.

Additionally, a 1991 internal memorandum of the Muslim Brotherhood specifically identifies CAIR, ISNA, and the MSA in “A list of our organizations and organizations of our friends.” (Note: CAIR’s organizational predecessor, the Islamic Association of Palestine, is named.)

Finally, CAIR and ISNA were named un-indicted co-conspirators which materially supported terrorism by a federal court, in connection with the infamous Holy Land Foundation trial, an alleged humanitarian charity for Palestine. An incorporating member of MAS, Dr. Jamal Badawi, was named an unindicted co-conspirator. MPAC and MSA members are on the record supporting the Holy Land Foundation against government terrorism charges.

This evidence begs some questions from the honest reader:

It doesn’t take a super sleuth to realize that these organizations are in fact fronts and subsidiaries of one organization, the Muslim Brotherhood. All one has to do is glance at the published information on their backgrounds, and the fact reveals itself.

The Anschluss (“Annexation”) of Georgetown and the Brookings Institution

You know the sayings. Money makes the world go ’round, and Follow the money, and Money is the root of all evil. These are important to keep in mind when considering the influence that Qatari money has had on two institutions as American as apple pie: Georgetown University and the Brookings Institution.

In 2005, Georgetown University established a new campus for their prestigious School of Foreign Service in Doha, Qatar (SFS-Q). (It bears stating here that the State of Qatar was the driving Arab force behind the Arab Spring, which resulted in the Muslim Brotherhood coming to power in Tunisia, Libya, and Egypt.) Today they have a faculty of more than 35 academics.

As part of Qatar’s Education City, Georgetown has had all SFS-Q campus development costs covered by the Qatar Foundation, a charity with noted links to terrorism. May this, perchance, have some influence over the education that Georgetown is giving to future American diplomats in Qatar? At the very least, it may explain some of the blatant anti-Semitic comments in Georgetown’s student newspaper.

The Brookings Institution is also heavily funded by Qatar. In 2013, they received $14.8 million; in 2012, $100,000; and in 2011, $2.9 million. This explains why Obama had Brookings Vice President (and purported diplomat) Martin Indyk, negotiating the ‘peace terms’ between Israel and Hamas. Today, Indyk is busy negotiating with an aggressive and nuclear-aspiring Iran.

Is it any wonder why Israel doesn’t trust this administration? By all reasonable logic, they are on the side of Qatar and Hamas, which is officially the Palestinian franchise of the Muslim Brotherhood.

Given that these organizations function in a coordinated ideological manner, indeed they derive from the same root, it follows naturally that an individual associated with one organization would likely be associated with many, if not most of the others – not to mention the proxies of Georgetown and Brookings.

An experiment: Let’s choose seven Obama administration appointees with suspected ties to the Muslim Brotherhood. Where to pluck these seven from? In December 2013, the Egyptian political magazine Rose El-Youssef, in an article titled Not Huma Abedin Alone, named six additional Obama appointees it claimed were operatives of the Muslim Brotherhood. You can read an English translation of the article here. Let’s see if their claims stack up, based on the information above.

Here are the six named operatives (plus Huma Abedin) and their titles in the Obama administration:

(Dates in administration are best efforts based on publicly available information.)

Now let’s compare their affiliations and associations, officially and less formally, across the above named organizations. We’ll also include the Department of Homeland Security, which earlier this week was praised by CAIR for identifying “right-wing sovereign citizen extremist groups,” not Islamic terrorism, as the prime terrorist threat facing the United States.

Notice the heavy concentration of green and yellow boxes, including for Georgetown and Brookings, in the table above. Notice the relatively few gray boxes. Individually these associations mean little; likewise, had this been just one random appointee in the entire administration, this story wouldn’t warrant the attention of the American public.

The intersection of individuals, organizations, Muslim Brotherhood money, and policy recommendations paint a picture of a carefully constructed conspiracy operating in plain sight. The Muslim Brotherhood has hijacked the American government and military and is using them as a tool to build a global Islamic Caliphate. The conspirators are changing the culture at home to accommodate sharia law and using law enforcement to demonize ordinary American citizens as national security threats.

From expunging DHS training materials of the threat posed by Islamic doctrine, to corrupting American foreign policy – the policy ramifications of these and similar appointments will be explored in the next articles.

* This analysis was completed after a careful survey of available press releases, news reports, and credible published information. They will be published in an upcoming report. Source is material available upon request.