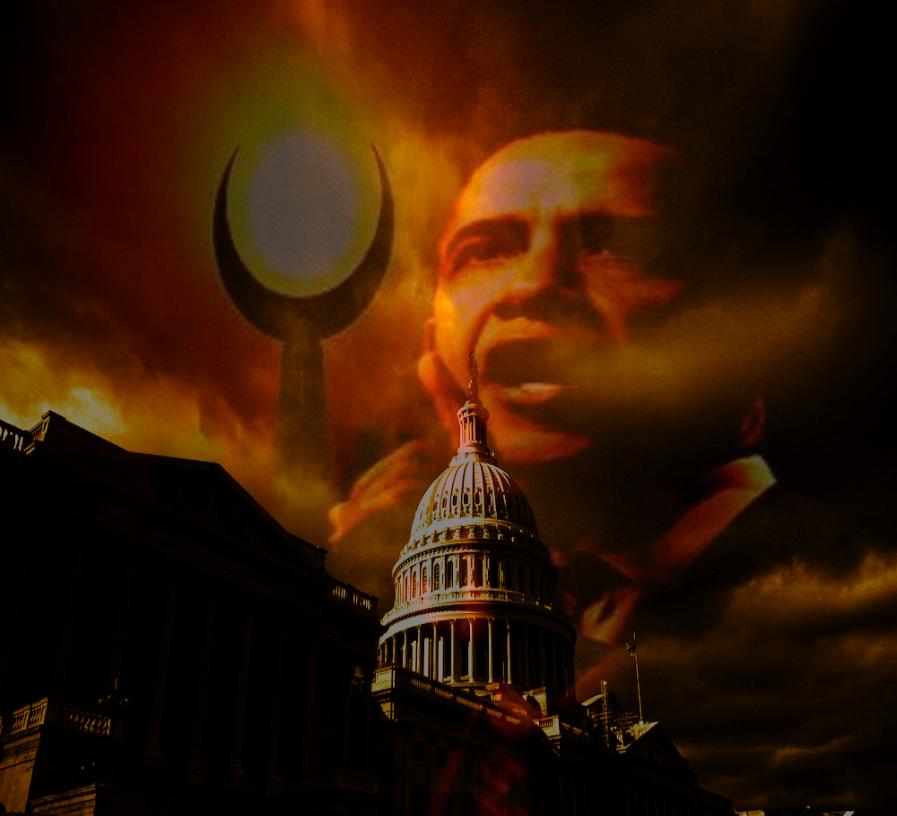 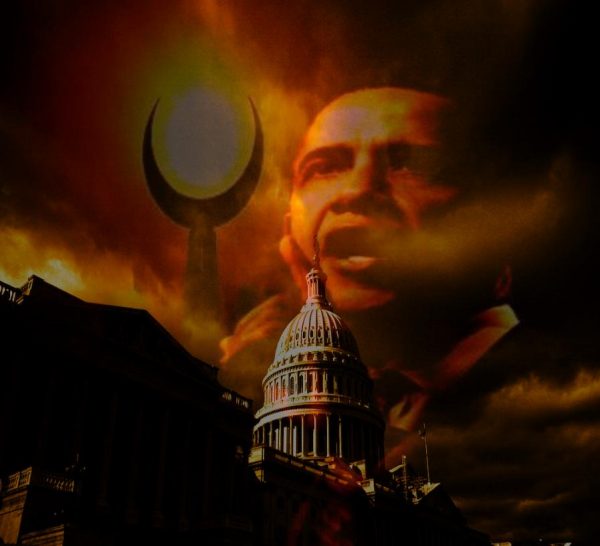 In the span of these past 24 hours since the headline first appeared on the Drudge website this past Sunday, the latest expression of Obama’s innate contempt of Israeli Prime Minister Benjamin Netanyahu -and by extension the state of Israel itself-, has spread like an omnivorous wildfire across the various landscapes of the social networking strata. Obama, along with members of his administration and an assortment of Democratic lawmakers have minced no words articulating their grievances over these last several weeks to Prime Minister Netanyahu’s upcoming March 3rd Congressional address in the shadow of the Obama administration trying to broker a ‘secret’ nuclear deal with Iran. Then we had the stunning headline appear on Drudge Sunday, linking readers to an article at israelnationalnews.com by Mark Langfan, underscoring these escalating tensions with the startling disclosure:

In an excerpt from this article, Langfan goes on to explain the details of this incident:

~The Bethlehem-based news agency Ma’an has cited a Kuwaiti newspaper report Saturday, that US President Barack Obama thwarted an Israeli military attack against Iran’s nuclear facilities in 2014 by threatening to shoot down Israeli jets before they could reach their targets in Iran.

According to Al-Jarida, the Netanyahu government took the decision to strike Iran some time in 2014 soon after Israel had discovered the United States and Iran had been involved in secret talks over Iran’s nuclear program and were about to sign an agreement in that regard behind Israel’s back.~ 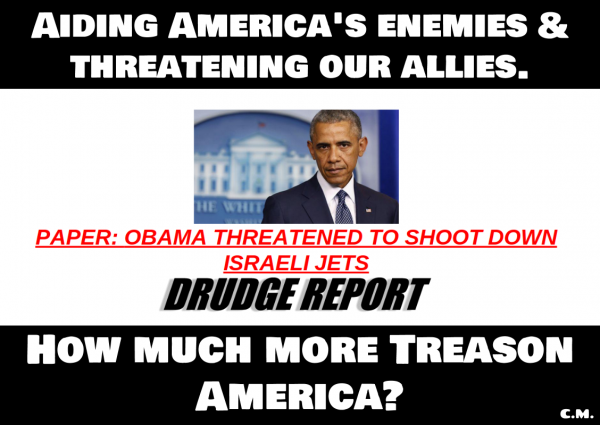 In any previous era of our country’s history, it would have been inconceivable to have a sitting president giving aid to a declared enemy of the United States. Especially if said aid consisted of helping said enemy towards the surreptitious goal of their acquiring nuclear weapons capability as seems to be the case with this administration’s ‘secret‘ negotiations with Iran. A regime steeped in terrorist activity that has been attributed to hundreds of American military troop deaths throughout the Middle East. An alliance whose objective is directly opposed by America’s closest ally, with Israel’s position by no means being unreasonable when taking into account that Iran has threatened more than once to wipe the Jewish state completely off the face of the planet.

The facts presented in this article were disputed immediately, with some pointing to the less than credible source of the story having originated in a Kuwaiti newspaper. All parties involved are denying the event ever occurred, however, an April 22nd, 2010 article by Jim Hoft at The Gateway Pundit titled, Another Warning… Obama Administration Won’t Rule Out Firing on Israeli Jets If Iran Is Attacked, Hoft goes on to elucidate this controversy:

In a town hall on the campus of the University of West Virginia, a young Air Force ROTC cadet asked Chairman of the Joint Chiefs of Staff Adm. Mike Mullen to respond to a “rumor.” If Israel decided to attack Iran, the speculation went, those jet would need to fly through Iraqi airspace to reach their targets. That airspace is considered a “no-fly” zone by the American military. So might U.S. troops shoot down the Israeli jets, the airmen asked the chairman, if they breached that airspace?

Mullen tried to sidestep the question. “We have an exceptionally strong relationship with Israel. I’ve spent a lot of time with my counterpart in Israel. So we also have a very clear understanding of where we are. And beyond that, I just wouldn’t get into the speculation of what might happen and who might do what. I don’t think it serves a purpose, frankly,” he said. “I am hopeful that this will be resolved in a way where we never have to answer a question like that.”

This isn’t the first time we’ve heard this.
In September 2009, Zbigniew Brzezinski, former foreign adviser to U.S. president Jimmy Carter and current advisor to Barack Obama, called for the U.S. to shoot down Israeli jets.~ 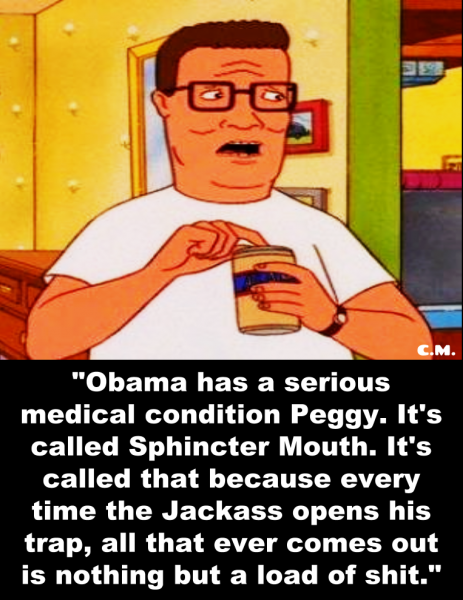 Now regardless of whether or not you choose to believe this particular incident actually happened, the fact still remains of the irrefutable hostility Barack Hussein Obama and his administration have demonstrated habitually in their interactions with Israel and her Prime Minister since the onset of Obama’s presidency. This is simply an inconvenient truth which I’d expounded on at length myself in previous articles I’ve written for the Clothesline.

In a December 21st, 2014 article titled; Barack Hussein Obama: A Case Study Of How A Psychopathic Work Of Fiction Became President, I enunciated precisely not only details of this administration’s secret dealings with Iran, but also those of the tense relations Obama himself has been responsible for inciting between himself and Prime Minister Netanyahu. I went on to highlight specific spectacles of shameless comportment by both Obama and anonymous officials tied to his administration as described in the following excerpts:

~There are no shortage of examples to mine from Obama’s quarry of political malpractice illustrating his established track record of perceptible hostility against the state of Israel and Israeli Prime Minister Benjamin Netanyahu. A track record of a U.S. president considered being no friend of Israel’s, spanning headlines across the past 6 years of this malefic presidency like a trail of debris in a plane crash, with some of the more notable highlighted in the following clips and headlines:

Then we had yet another disgraceful breach of political decorum in October of this year, further straining American relations with its most valued ally in the middle east thanks to this deleterious president and unidentified sources in his administration. An incident involving a curiously unnamed senior White House administration official  (if Valerie Jarrett’s name was the first to pop into your head, it did mine too) who called Prime Minister Netanyahu a “coward” and a “Chickenshit“.~

With just these examples to reference, you have to wonder why then the Democratic sycophants in our Stalinist media have worked themselves into such a psychotic lather over former New York Mayor Rudy Giuliani having the nerve to call into question Obama’s love of country and sense of patriotism. Given how now we’re seeing headlines where the president of the United States is threatening to shoot down the fighter jets of our nation’s closest ally in the Middle East while helping a sworn enemy to both the United States and Israel go nuclear. And that’s not even scratching the tip of this Obama ebonized Iceberg. 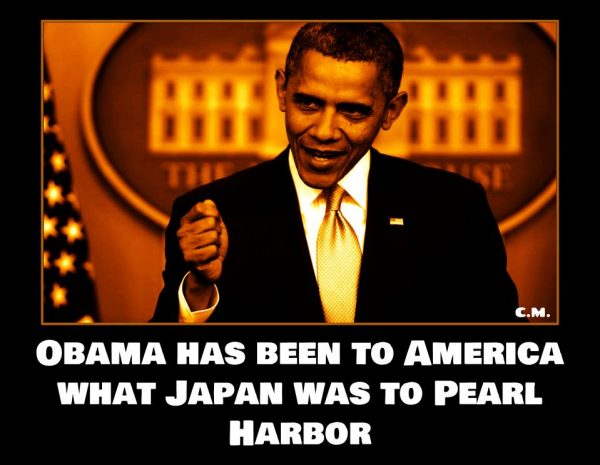 Obama has helped radical Islamic groups through his deceptive political legerdemain by waiving a federal law back in 2013 (ironically a few months following the Benghazi terrorist attack by Islamic extremists responsible for the murder of U.S. Ambassador Christopher Stevens and 3 other Americans) meant to prohibit providing weapons to known Islamic terror groups so Obama could provide weapons to a known Islamic terror group by way of supplying weapons to al-Qaeda linked Syrian rebels.

Then in the early months of 2014, Obama lifted a federal ban restricting Middle Eastern refugees who had engaged in any terrorist activity from entering our country to where those who had participated in only ‘limited terrorist activity’ were now allowed entry into our nation.

Obama has waged a political jihad on our nations aggregate Christian faiths to where for the 1st time in our country’s history, we now have evangelical Christians and Catholics listed as “religious extremists” by the Pentagon. What could possibly be the motivations for that at this particular point in time and under this particular president? A president who can’t even bring himself to identify radical Islamic extremists for what they are as they rage in various locations of the world, committing abhorrent atrocities in the name of Islam against Christians, Jews and those Muslims whom they deem as being not Islamic enough. 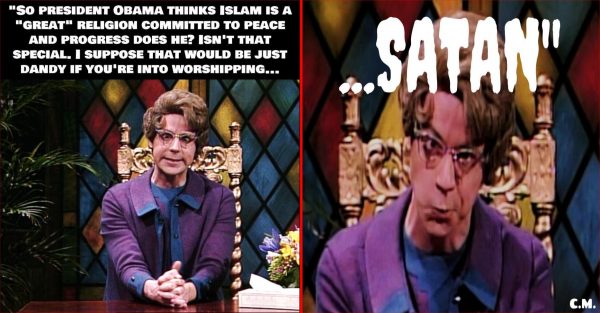 A president who has shown a chronic tendency for commiserating with Islam over and over again, up to and including his embracing the Muslim Brotherhood whom Egypt has designated to be a radical Islamic terrorist organization. An Islamic terrorist organization whose covert scheme has since been revealed by American intelligence sources detailing their plans to undermine our own nation through means of “civilization jihad“. A scheme later classified as ‘The Project’, and explained in detail in the documentary below. 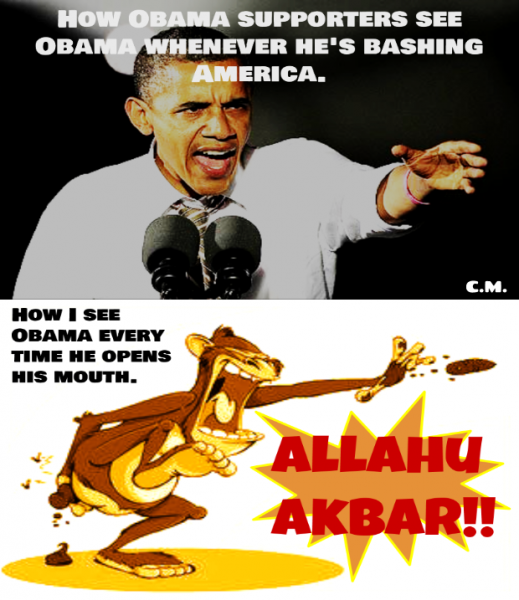 It’s pretty much common knowledge by now that we have a derelict, pathological liar for a president who flagrantly ignores and violates the law routinely, while advancing a catalog of subversive and seditious political agendas to our perpetual detriment. A president who (among being repeatedly described as lawless) is believed by many to also be mentally unstable. A president who (bolstered by the support and aid of his own political party) has shown no compunction or hesitancy whatsoever to put the safety and national security of the American people in jeopardy at a whim if it proved politically expedient in serving their malign purposes towards achieving absolute political power and control over our nation. Myself, I don’t even bother questioning if Obama is patriotic or if he loves America or not. As far as I’m concerned he does not. 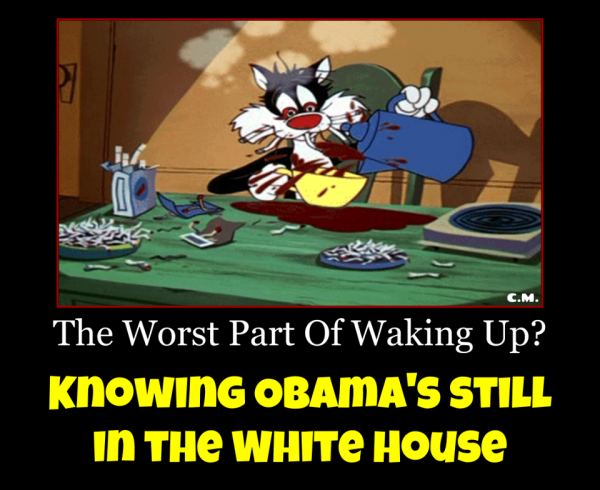 Just look at what this government has been transmogrified into during these last 6 years under Obama’s unrelenting onslaughts. Now it resembles more of a Naziesque gestapo created for the express purpose of coercing our submission and compliance to Obama’s rapacious, wholesale overthrow of our personal freedoms, liberties and guaranteed Rights! All being done as our nations so-called lawmakers do NOTHING to uphold or defend those laws OR we the American people.

We’re witnessing the combined residual repercussions of a presidency fraught since its outset with one scandalous episode after another. A pattern of derelict criminal negligence that would have seen any white politician in either Party hauled out of office by the shorthairs and imprisoned a long time ago. I’m still hearing prominent politicians refer to Obama as disconnected and even applying that maddening word “misguided” in their trying to describe Obama’s reasoning for why he can’t bring himself to call radical Islam, radical Islam. These idiots drive me crazy.

First lets be clear. There is NOTHING disconnected OR misguided about ANYTHING Obama does. It is ALL calculated. It is ALL deliberate. Obama understands EXACTLY everything that he has done and is doing! Lawmakers refusing to open their eyes and see this president as the clear and present threat that he is are showing the same politically correct insensibility and stupidity as they are towards the clear and present threats of such domestic Islamic organizations as CAIR and those members of the Muslim Brotherhood Obama has turned loose like Gremlins all over in various parts of government. 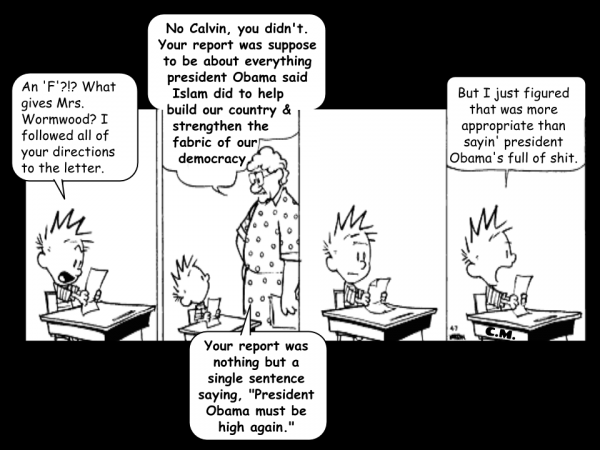 In all my life (I’ll be 51 in a few months) I have never seen such a dysfunctional spectacle of disintegrative abnegation and surrender to the kind of political anarchy and chaos as what I’m seeing play out every day in our nations capital by those who have as much business having influence over our lives as Satan does being the Pope. All being conducted under the perceived auspices of this previously obscure and unaccomplished black community organizer who had been an Illinois Senator for all of 15 minutes before somehow getting elected to the highest office of our land. A man who was never entitled much less qualified for the office he now holds. 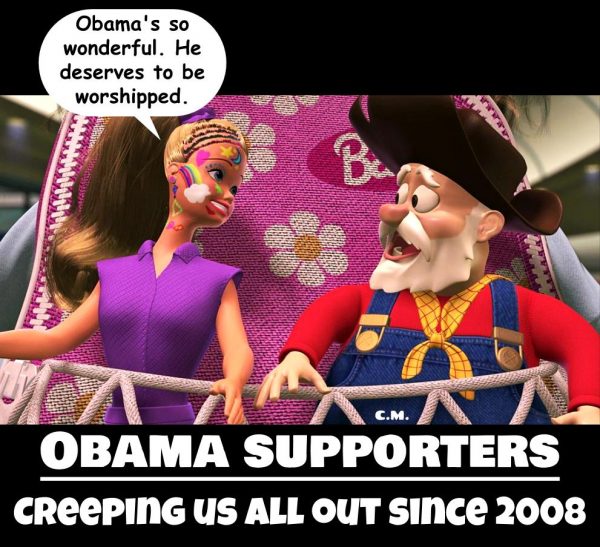 Obama has seen to that. 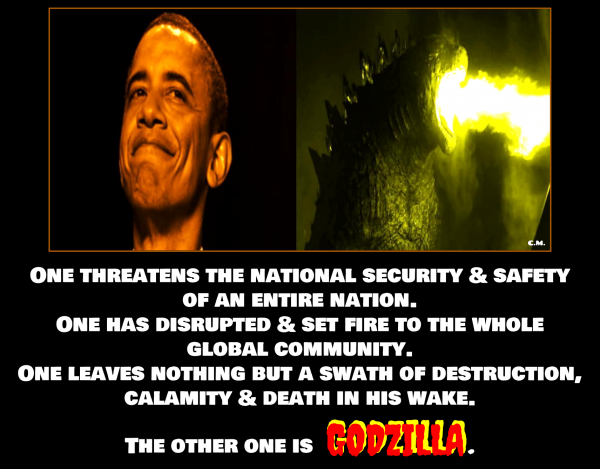