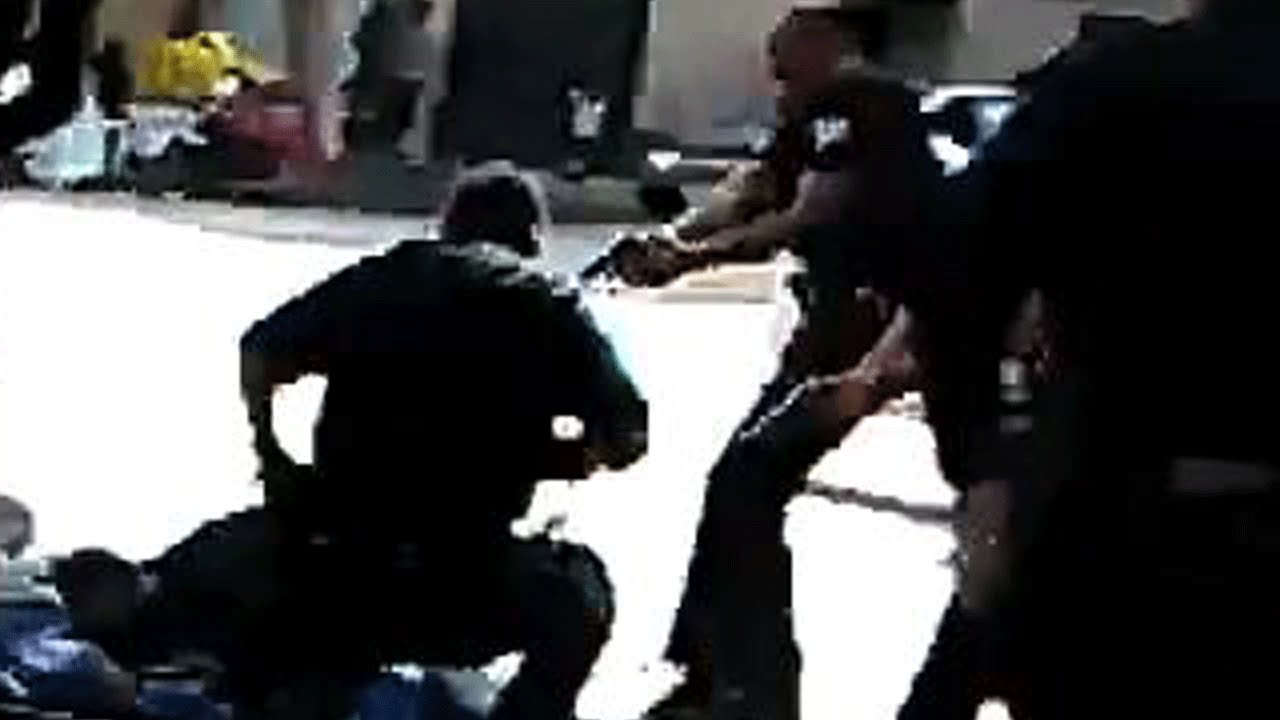 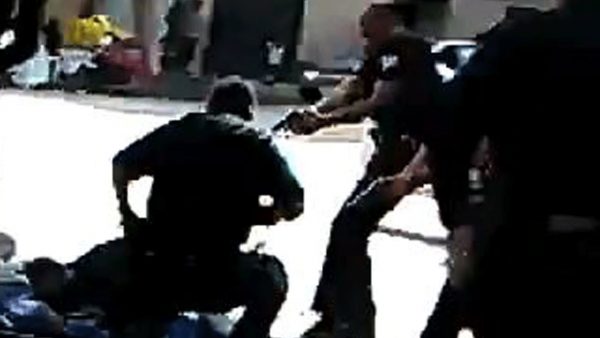 Yesterday afternoon, there was an altercation between several police officers from the Los Angeles Police Department, and a homeless man on San Pedro Street. The officers were responding to a potential robbery, though the reason why they wanted to speak with the man (whose real name has yet to be revealed) isn’t exactly clear. As they attempted to physically subdue the man, he resisted, which led to a brawl between himself and the police. He was then pinned down, tasered, and shot 5 times by one of the officers.

Fortunately, the incident was caught on video, though it’s hard to tell what exactly happened. The scene that was captured by the camera could be best described as “chaotic.” Before the man is pinned down by the police, one of the cops drops his baton, which was quickly picked up by a bystander. As that individual is being arrested, you can hear the original suspect being tasered, as one of the cops yells “get off my gun” multiple times before the man is shot. You can see the video for yourself below. Warning, it is quite graphic.

What I find interesting, is the timing of each incident in the video. If you listen closely, it sounds like the cop starts yelling “get off my gun” at the same exact moment that the man is tasered. It’s difficult to say which event transpired first. If I were to guess, the bodily convulsions that are typically brought about by a taser, caused the man to grab onto someone’s pants or belt. He was already in close proximity to the officers, so it’s not a stretch of the imagination.

However, that’s only what I see. As you can imagine, the video has already garnered quite a bit of controversy, and I think it’s safe to assume that it’s going to receive a lot of attention in the weeks ahead. Everyone who sees this video from here on out, will probably fall into two opposing camps.

Those opposing opinions should be familiar to us all by now, and the battle lines that were drawn during Ferguson are already being seen here. Those who view the police as a threat, will claim that the shooting was unjustified. Those who side with the police, will cite the chaos of the situation, and the resistance of the suspect, and claim that the shooting was appropriate. Neither side will accept any evidence that is contrary to their beliefs, no matter what happens.

For now, the only thing that is clear is the potential for unrest. Usually when a cop kills someone, and it’s obviously unjustified, it will lead to protests and calls to action. However, when the situation is ambiguous and it isn’t immediately clear to everyone that one side or the other was at fault, it adds fuel to the fire. That fire usually burns out of control the moment that cop goes to trial, and is inevitably found not guilty.

And it should go without saying, that this is LA we’re talking about. That place is practically teetering on the edge of civil unrest on any given day. If you happen to live in Southern California, prepare yourself for the worst. It won’t happen tomorrow, but if it goes down like I think it will, it’s going to make Ferguson look like a picnic.