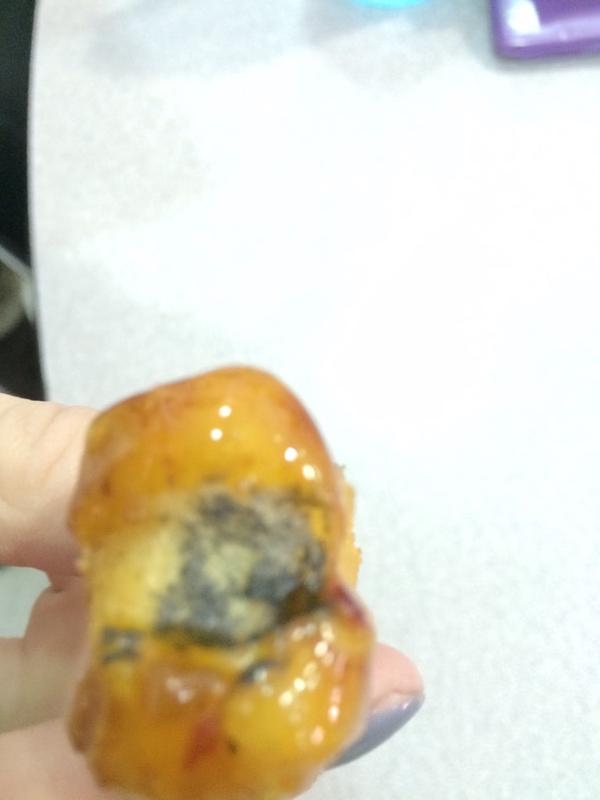 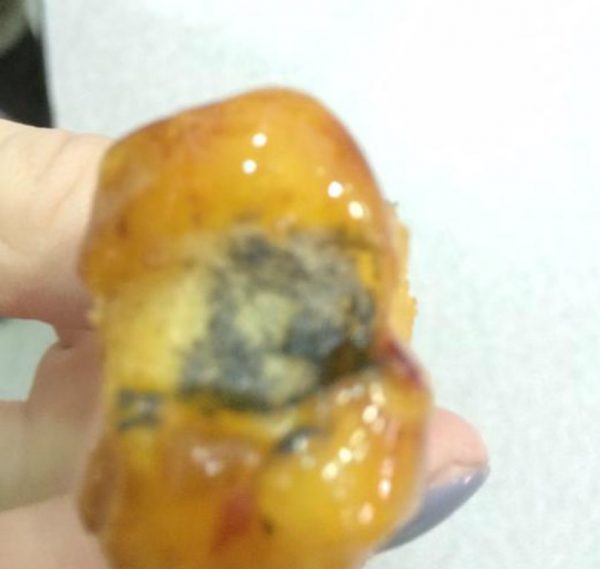 American school kids continue to tweet out pictures of mold and bug-infested school lunches under the hashtag #ThanksMichelleObama as the GOP prepares to roll back the First Lady’s prized “healthy” lunch regulations.

One image appears to show a small spider encased inside a grape.

Another picture shows a moldy bun.

It’s March 2nd, and these @Doritos were in my school lunch. #ThanksMichelleObama pic.twitter.com/aHJyswnQMP

An image uploaded yesterday shows Doritos appearing in a school lunch despite being three weeks past their sell by date.

This congealed breakfast thing – whatever it is – doesn’t look very appetizing either.

Despite the myriad of images of yucky school lunches being tweeted out on a daily basis by kids across America, the website Snopes.com, which could be used by Google to determine the accuracy of search results, claims that the whole controversy is an urban myth.

“No initiatives promoted by Michelle Obama (whose focus on nutrition is both well known and widely criticized) even remotely inspired the unpleasantries seen in some of the circulating photos of American cafeteria lunches,” states the website.

Tweets of students blaming Michelle Obama for their “bowls of mush and mystery proteins” first emerged in 2012 although the issue really took off in November last year.

Under the federal regulations, sodium levels have be kept below 1,230 milligrams for kindergarten through fifth grade, 1,360 mg for sixth to eighth grade, and 1,420 mg for ninth to 12th grade, which may explain the paucity of nutrition seen in some of the images.

Republicans have introduced legislation this week to relax the rules and revert back to 2012 standards, which would give schools more flexibility.

Here are more images of school lunches that have been tweeted over the course of the last week;

This is pitiful! And from my home town! #ThanksMichelleObama #schoollunch Dover Arkansas Wake up AMERICA! pic.twitter.com/2fT8XYqHtu

#ThanksMichelleObama this school lunch is disgusting and a poor excuse of a lunch! pic.twitter.com/SFkP0DiujU

Is this the healthiest way to serve a french toast stick? #ThanksMichelleObama @FLOTUS pic.twitter.com/zI8rbMC2tk

This is disgusting. What happened to last year’s food. It used to be so good. #ThanksMichelleObama @MichelleObama pic.twitter.com/d4nGDl1NaH