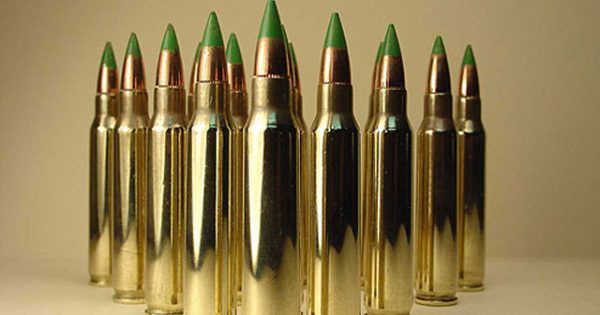 The ATF’s threat to ban sales of the cheapest type of AR-15 ammo has caused prices to double as gun owners continue to exhaust supplies of the bullets across the country.

The federal agency announced its intention to ban sales of M855 “green tip” bullets, typically used by sports shooters, in the name of protecting law enforcement officers from “the threat posed by ammunition capable of penetrating a protective vest.”

Gun stores quickly reported a run on the ammunition, with suppliers unable to keep up with the demand. The buying frenzy has also sent prices skyrocketing, as Liberty Arms Manager Colton May explained to CBS News.

Some stores, such as Guns on 41 in Ft. Myers, Florida, are reporting that they are selling around 20 times the normal volume of the bullets.

Jack Lesher, owner of Chuck’s Firearms in Atlanta, told CBS that the proposed ban was part of a plan to eventually prohibit all AR-15 ammo.

CBS News put the rush down to “angry gun enthusiasts” who were trying to stockpile the bullets before any potential ban on sales is implemented. A more sober analysis is that the shortages are being caused by the ATF’s second amendment-busting proposal, and not by the emotional state of gun owners.

As we reported yesterday, gun stores in South Carolina, Indiana, Anchorage, Florida, and Springfield, Missouri are all reporting that they have completely sold out of the ammunition.

According to Jamey Ray at Van’s Sporting Goods and Deer Processing in Brandon, Mississippi, suppliers are also completely out of stock.

“There is no distribution of it right now,” Ray told the Clarion Ledger.

House Judiciary Committee Chairman Bob Goodlatte penned a bipartisan letter to the administration asserting that the ban would, “Interfere with Second Amendment rights by disrupting the market for ammunition that law-abiding Americans use for sporting and other legitimate purposes.”

The ATF is taking public comments on the proposed ban until March 16.