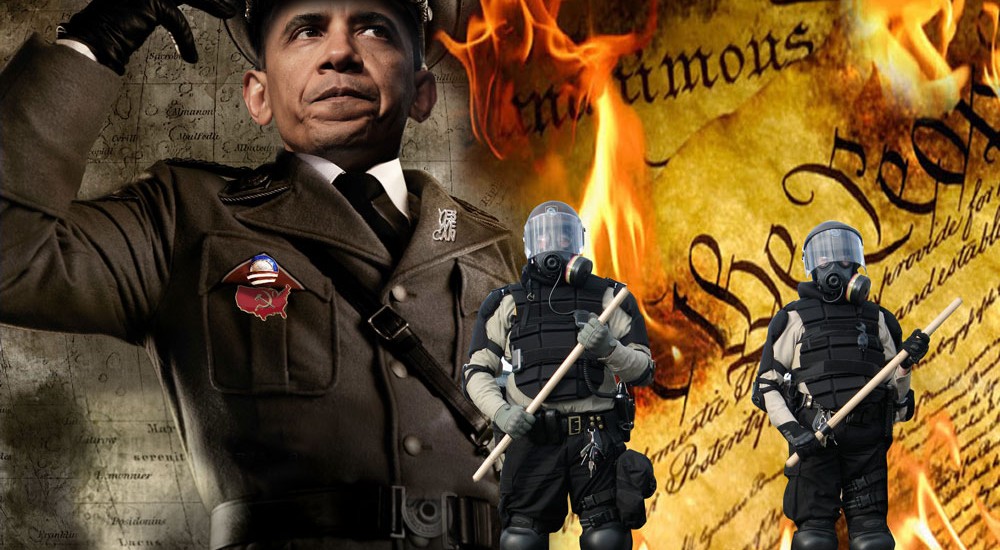 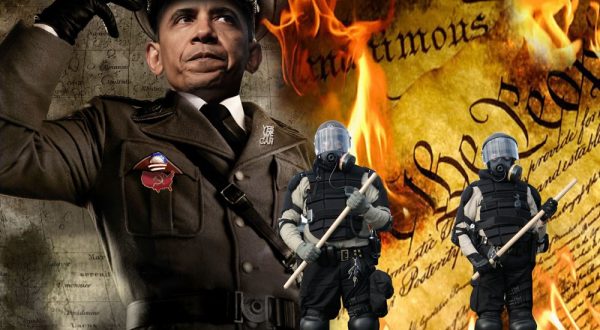 “We have a great opportunity … to really transform how we think about community law enforcement relations,” he said on Monday.

“We need to seize that opportunity … this is something that I’m going to stay very focused on in the months to come,” Obama said, as he touted a new interim report from his Task Force on 21st Century Policing.

Obama also instructed his media allies to help a federalization of policing, and to sideline critics of centralized policing rules. “I expect our friends in the media to really focus on what’s in this report and pay attention to it.”

In just the way the government took over health care, through mandatory requirements for health insurance policies, issuing subsidies and federal grants to the state for Medicaid expansion, Obama is set to exercise expanded control over local and state law enforcement by attaching conditions to the federal funds they receive. Common Core for education and the mortgage rules for banks are additional examples.

“We can expand the [federally funded] COPS program … to see if we can get more incentives for local communities to apply some of the best practices and lessons that are embodied in this report,” he said.

The Daily Caller points out the possible intent of this move by Obama.

Those best practices likely will eventually include rules that restrict police investigations of groups that are part of the Democratic coalition, and rule that try to level convictions and penalties among various sub-groups of the United States, regardless of actual conviction rates.

“I think communities [with police forces] across the board are going to need to consider … recommendations around prohibiting racial profiling [and] that’s a step that we’ve already taken at the federal level,” Obama said.

In order to assist federal officials to formulate and impose new rules, the government will need to gather increasingly more data from state and local policing.

Per Obama, “We need more information to find out how to take to scale best practices when it comes to training so that police officers are able to work in a way that reduces the possibilities of bias.”

Translation: All law enforcement officers are racists and need to be “retrained.”

Obama suggested that “state and local policing may need to be subordinated to federal social policy.” By changing “law enforcement” to “policing,” it suggests that only certain facets of police business will be addressed instead of the takeover of the state and local law enforcement agencies. Whenever Obama gets his finger in the pie, you can guarantee he’s going for the whole pie, not a sample.

“Our approach to drug laws, for example, and criminalization of nonviolent offenses rather than taking more of a public health approach – that may be something that has an impact in eroding trust between law enforcement and communities,” Obama claimed.

The political goals of “Obamalaw” are presented in two simple statements in the report.

“Law enforcement agencies should acknowledge the role of policing in the past and present injustice and discrimination and how it is a hurdle to the promotion of community trust …. The Federal Government, as well as state and local agencies, should encourage and incentivize higher education for law enforcement officers.”

Money is a big motivating factor for states and law enforcement agencies; so, bribe them with federal aid and indoctrination disguised as higher education.

Other recommendations from the report include:

In reading point two, it looks as though men could be jailed with women if they “gender identified” as female and women jailed with men should they identify as male. That is certain to bring chaos into the prison/jail system. Or, maybe Obama plans to create specific prison housing for these individuals supposedly “confused” about their gender. Either way, there will be increasing costs to the taxpayers.

Prior to Obama, other Democratic administrations cited poverty as the main justification for increasing federal aid; however, Obama never mentioned unemployment in his Monday speech.

Obama knows that his plan to bring state and local law enforcement under federal control will face heated opposition among the citizenry. He has planned for that and is eliciting the media to assist him, aka the federal government, in this takeover.

“Law enforcement is largely a local function as opposed to a federal function …. A lot of our work is going to involve local police chiefs, local elected officials, states recognizing that the moment is now for us to make these changes,” Obama admitted.

“Often we see an event that’s flashy; it makes news; people are crying out for solutions. And by the time recommendations are put forward, our focus has moved on and we don’t actually see and pay attention to the concrete ways that we can improve the situation,” he said.

“There’s some good answers to be had if we don’t make this a political football or sensationalize it, but rather focus on getting the job done,” he told the media. “So I appreciate everybody’s efforts. I’m going to be focused on it. I hope you will be, too.”

Now it begins. The federal government under the control of one Barry Soetoro, aka Obama, is following the move by Adolf Hitler in creating a “brown shirt” law enforcement army. Despite what Obama says, this “federalization” of state and local law enforcement has nothing to do with any type of law enforcement or policy and procedure used by those agencies. Obama lies, time and time again. This has everything to do with being able to identify and target individuals and groups at a local level Obama views as “dissidents;” in other words, if you belong in a category Homeland Security identifies as “right-wing extremists or terrorists,” then you will be targeted for round-up or worse. What better way to accomplish that than to elicit local and state law enforcement cooperation.

Individuals in the alternative media have been warning their audience about the actions of Obama that would lead to the subjugation of individuals and the internment of individuals in FEMA camps. But, many of the sheeple still don’t see that the wolf, not the shepherd or his trusty sheepdog, are standing guard over them. The government has taken over health care insurance and healthcare, usurped education and further seek to “brainwash” our children through Common Core, and caused the property and housing bubble through mortgage rules established for the banking industry. All of these past actions have resulted in disaster. If the past is any indication of the future, the “federalization” of state and local law enforcement will be as well.

There will be many who say, “If you aren’t doing anything wrong, you don’t have anything to worry about.” Well, Skippy, there are many millions of Americans who have done nothing wrong except exercise their rights and their government has declared them as “terrorists.” Let’s not forget all the information the government collects on its citizens through unconstitutional NSA spying activities. Does anyone really believe the government wouldn’t “slice and dice” information in order to make someone appear guilty in order to get them into a FEMA camp? The government already forged a birth certificate for Obama. Obama uses a stolen Social Security number. Computer savvy individuals already photoshop photos and splice together audio that changes the original content. Emails can be done the same way.

For those who say Congress won’t allow it; again, look at the record of Congress in giving Obama what he wants. There is little evidence suggesting citizens can count on Congress. After all, they have not upheld their oath to the Constitution and impeached Obama for treason or high crimes and misdemeanors.

At this point in time, Americans will need to band together at the local level, bombarding elected officials to initiate laws preventing their agencies from taking part in this fiasco. Citizens will need to press their county sheriffs to maintain their oath to the Constitution of the US and their respective states. State legislatures will need to be bombarded with a grassroots effort to resist this “Nazi” establishment of “American Brown Shirts.” If this is not stopped, the US will experience all the flavor of Hitler’s Nazi Germany, meaning America will no longer be a free country.