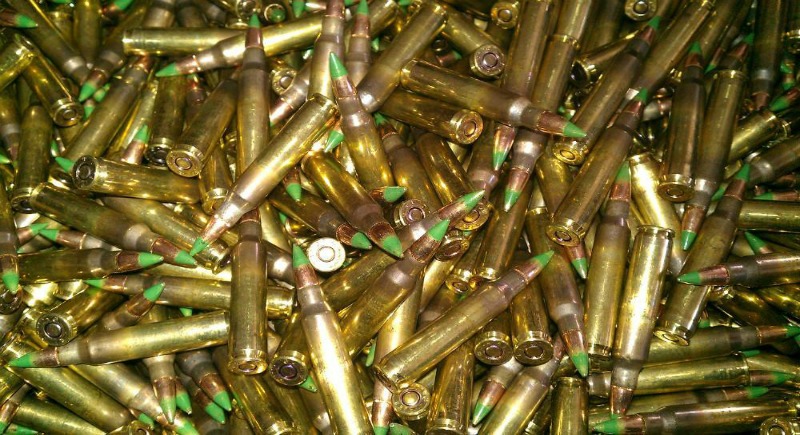 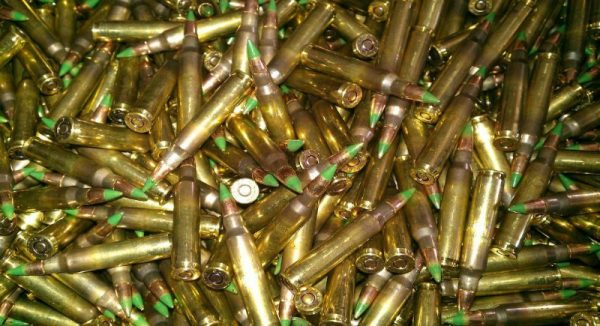 As we all heard in February, Obama’s Bureau of Alcohol, Tobacco, Firearms and Explosives (BATFE) under B. Todd Jones has decided to put forth a notice that they are intending on banning the M855 AR-15 rounds known as “green tips.” The move is completely unconstitutional as the states gave no authority to infringe on the right of the people to keep and bear arms. This would include the ammunition used by any of those arms.

Of course, the reason for a move to ban ammunition is because the administration and gun grabbers in both the House and Senate wanted to usurp the Second Amendment, seize authority they do not have, and attack gun ownership via ammunition. After all, if you don’t have ammunition, what good is a gun, right?

Gun Owners of America spokesman Erich Pratt told The Blaze, “In 2013, the administration lobbied hard to get Congress to ban AR-15s and other similar semi-automatic rifles. But even in a Democrat-controlled Senate, anti-gunners could only muster 40 votes, a clear minority. So the proposed ATF ban on M855 ammo is simply an attempt by the Obama administration to make an end-run around the Congress. After all, if it can ban a common cartridge that is used for the AR-15 rifle, then it can substantially drive up the cost of using the firearm.”

As a result of their efforts, they have asked Americans to let them know what they think of the policy, as if we gave them authority to make that kind of decision in the first place. They want Americans to beg them not to ban ammunition. See? Do you think they will listen to the people if they won’t listen to the Constitution? Really?

“The firearm industry has developed commercially available handguns designed to use conventional rifle ammunition. This ammunition meets the content requirement of the definition, but previously was not classified as ‘armor piercing’ under the statute because there were no handguns that could ‘use’ it. As a result of the availability of these handguns, however, some conventional rifle ammunition now falls within the statutory definition and is properly classified as ‘armor piercing ammunition,’ despite the fact that the ammunition itself has not changed. Consequently, ammunition manufacturers have requested exemptions for this ammunition.”

Rep. Bob Goodlatte (R-VA), chairman of the House Judiciary Committee, along with the National Rifle Association wrote a letter to ATF head B. Todd Johnson telling him that the regulation the 5.56 rounds “does not comport with the letter or spirit of the law, and will interfere with Second Amendment rights.”

But here’s the problem, Goodlatte referenced Congress passing law, which they have been given no authority to do per the Second Amendment. Goodlatte expressed “serious concern” over the “ATF Framework for Determining Whether Certain Projectiles are ‘Primarily Intended for Sporting Purposes’ Within the Meaning of 18 U.S.C. 921(a)(17)(C),” issued on February 13, 2015.”

He went on to cite other unconstitutional legislation to try and correct the ATF.

“As you know, the ban on “armor piercing” ammunition was created by the Law Enforcement Officers Protection Act (LEOPA) of 1986,” Goodlatte wrote. “The Act was conceived to protect police officers from the hazards presented by so-called “armor piercing” projectiles–originally designed for law enforcement and military use—that can be fired from handguns and penetrate the sort of soft body armor typically worn by police officers.”

Well, now, there is a problem. Why didn’t you just get police officers better armor rather than usurp the Constitution and the rights of the rest of the people? When you weren’t given authority to write such a law in the first place and that gets usurped, isn’t it logical that others will just say, “Well, you did it, why not us?”

However, Goodlatte then goes on to write, “Neither LEOPA nor any other provision of federal law is intended to restrict the development of ammunition or handguns that were designed and intended to be used by private citizens for legitimate purposes. Instead, LEOPA should be construed in accordance with the American tradition of lawful firearms ownership, as protected by the Second Amendment. The term “primarily intended to be used for sporting purposes” should be broadly understood to incorporate the many legitimate uses Americans make of their firearms including target practice, hunting, organized and casual competition, training and skills development, and instructional activities.” (emphasis mine)

Goodlatte wants ATF to answer questions about their “framework” to ban the M855 ammunition. He asks:

I have a question for Mr. Goodlatte: By what standard was Congress authorized to write the Law Enforcement Officers Protection Act (LEOPA) of 1986? I can tell you. It wasn’t the Constitutional standard. It was illegal, just as much as the ATF is not only an illegal agency under the Constitution, but so is this current measure they are acting under. The irony in all of this is a congressman quoting an illegal “law” to address the illegal usurpation of the executive branch by an illegal agency (one not authorized in the Constitution and whose very existence is antithetical to the Second Amendment). If this isn’t the definition of Jefferson’s government becoming “destructive to these ends (violation of securing God-given rights),” I don’t know what is.

Many today are calling for an Article V Convention that will open a can of worms in order to fix an out of control federal government, but they miss Jefferson’s remedy.

“Whenever any Form of Government becomes destructive of these ends, it is the Right of the People to alter or to abolish it, and to institute new Government, laying its foundation on such principles and organizing its powers in such form, as to them shall seem most likely to effect their Safety and Happiness.”

The entire discussion that Goodlatte and the ATF are involved in is not a Constitutional one. It’s one about which side of tyranny and lawlessness is going to be accepted. As a friend of mine has often reminded me, “If they can get you asking the wrong question, they never have to give you the right answer.” While Congress may require us to purchase ammunition and guns, they have not been given authority to restrict us from doing so. As long as Congressmen argue over pretended legislation to stop illegal usurpations of power, we’ll never find a remedy for the federal government keeping their hands off not only our guns and our ammunition, but everything else in our lives as well.