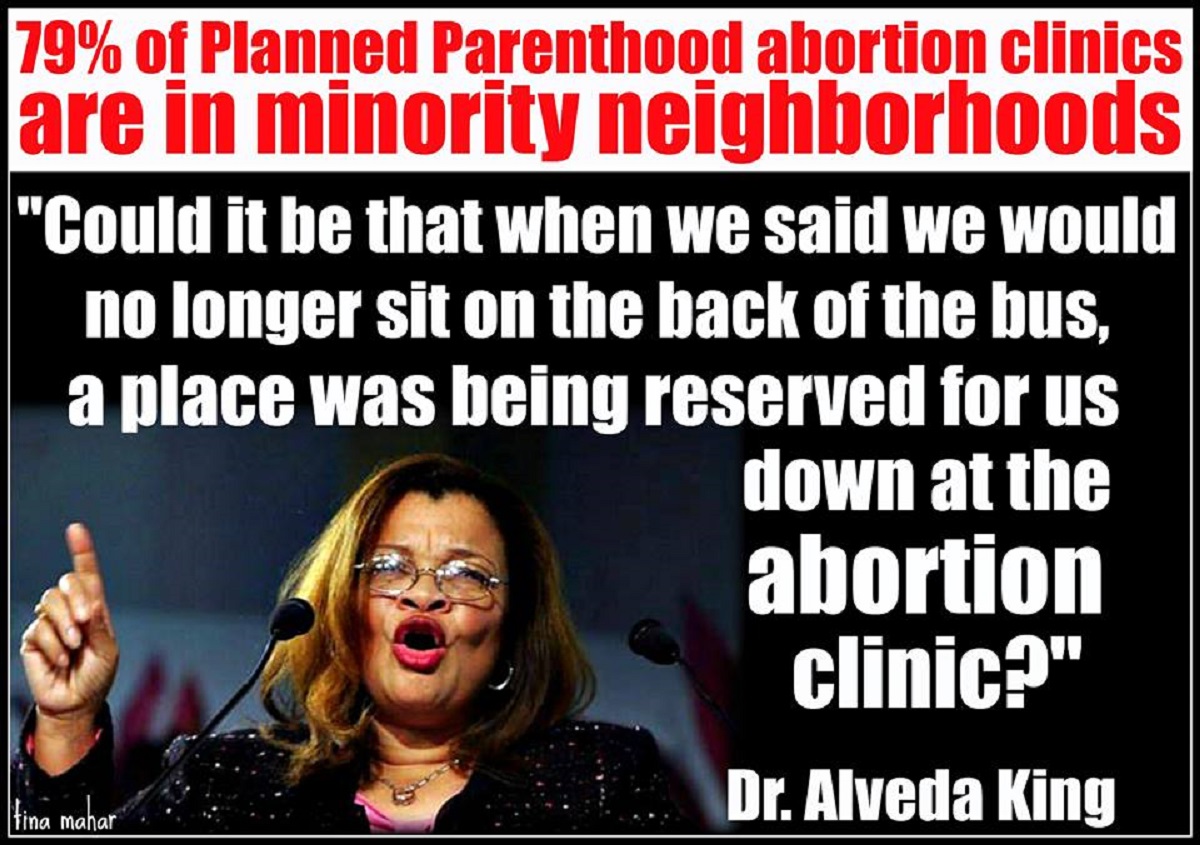 The baby-killing mill that calls itself Planned Parenthood was founded by Margaret Sanger, an eugenicist.

Frankly I had thought that at the time Roe [v. Wade] was decided, there was concern about population growth and particularly growth in populations that we don’t want to have too many of.

Although the abortion mill is vocal about “Black lives matter” and condemns white police officers in Ferguson and elsewhere for allegedly targeting and killing unarmed blacks, Planned Parenthood gladly accepts donations specifically earmarked for the abortion of black babies.

An undercover investigator from Live Action called four Planned Parenthood (PP) offices — in Idaho, New Mexico, Oklahoma, and Ohio —  posing as a potential donor. In each bone-chilling call, he made his anti-black sentiments very clear. In each case, the PP representative enthusiastically told him PP would earmark his donation to specifically abort black babies.

As you read the transcripts of those phonecalls, just remember the subject is the deliberate MURDER of human beings, albeit tiny human beings. Then ask yourself how Planned Parenthood is any better than Nazi German holocaust.

The following is the transcript from Live Action’s audio tape of the call between the “donor” and Autumn Kersey, director of development of Planned Parenthood of Idaho.

PP: Good afternoon, this is Autumn.

Donor: What about abortions for the underprivileged minority groups? I want to specify that abortion to help a minority group. Would that be possible?

Donor: OK. So, so the abortion could, could be, you know, I could give money specifically for a black baby that would, that’d be the purpose.

PP: Yeah, absolutely. Um, if you wanted to designate that you wanted your gift to be used to help an African-American woman in need, um, then we would certainly, uh, make sure that that gift was earmarked specifically for that purpose.

Donor: Great. Because I really face trouble with affirmative action, and I don’t want my kids being disadvantaged, you know, against, um, black kids. I just had a baby, I want to put it in his name, you know.

Donor: You know, we just think, you know, the the the less, the less black kids out, the better.

PP: [laughs] Understandable, understandable. Alright, um, excuse my hesitation. I’m, I’m, this is the first time I’ve had a donor call and ask, make this kind of request, so I’m excited, and I’m, I want to make sure I don’t leave anything out.

PP: Hello, this is Irene.

Donor: I was wondering if that would be possible.

PP: Yes, we can definitely put that….

Donor: Um, can I make the donation specifically for a minority group?

Donor: I mean, like, I want the abortion to be for an African-American baby.

Donor: And, I was wondering if that could be possible?

PP: The exact amount that we charge, right now, is $450 for an abortion.

PP: Mm, hm. And, uh, we can definitely designate it for an African-American.

Donor: Wonderful! Um, if I wanted to fund multiple abortions, could you also specify that this could be done for, um, a specific group?

Donor: Great, great. Um, well, little excited, you know, because I really face trouble with affirmative action, and I don’t want my kids to be, um, uh, disadvantaged, um, you know….

Donor: Against, against, um, against blacks with, in college and, you know, the less, um, the less blacks out there, the better, so….

PP: Yeah, yeah, it’s a strange time for sure. [Laughs]

Donor: Thank you so much.

Donor: And you’ll be receiving a check in a few days!

Here’s the transcript of the phone conversation between Live Action’s undercover investigator (“donor”) and Sue Riggs, vice president of development of Planned Parenthood of Oklahoma:

Donor: So, could, could, would it be possible for me to donate that money specifically for these, these minority groups, so that they could have access to abortions?

Donor: Wonderful. Then could I specify that abortion be done, uh, those abortions be done for a specific minority group, or how does that work?

Donor: OK. So, so, for example, the black community in Tulsa. Would it be possible to give the money specifically for that?

PP: You sure can.

Donor: Wonderful. Great. The abortions will be done specifically for the, the black community abortions.

PP: I can, I will mark it in such a way that definitely it will.

Donor: On a black baby?

Donor: Uh, so, can I give you my credit card number?

Here is the transcript of the phone conversation between “Donor” and Lisa Hutton, administrative assistant of Planned Parenthood of Ohio:

Donor: And who am I speaking with now?

PP: My name is Lisa Hutton.

Donor: OK. When I underwrite abortions, does that apply to minorities too?

PP: If you specifically want it to underwrite an abortion for a minority person, you can target it that way. You can, you can specify that that’s how you want it spent.

Donor: OK, yeah, ’cause there’s, so, there’s definitely way too many black people in Ohio, so I’m just trying to do my part.

Donor: Well, blacks especially need abortions too. So that’s what I’m trying to do.

PP: Well, for whatever reason, we’ll accept the money.

You can listen to the audio tape of the above 4 phone conversations by going to Live Action’s Facebook page.

871 black babies are aborted every day in the United States (Guttmacher Institute), but not a word from the Reverends from Hell Jesse Jackson and Al Sharpton, or from the black president and black first lady in the White House. Don’t black lives matter?

Live Action is a youth-led pro-life non-profit organization founded in 2004 by a 15-year-old Catholic girl named Lila Rose, Rose, now 26, remains Live Action’s president. Live Action has undertaken many undercover investigations of late-term abortion doctors and of Planned Parenthood’s racist and sex-selective abortions and sex trafficking. Rose has received many recognitions and awards, including being included by National Journal in their 2013 list of “The 25 Most Influential Washington Women Under 35.” 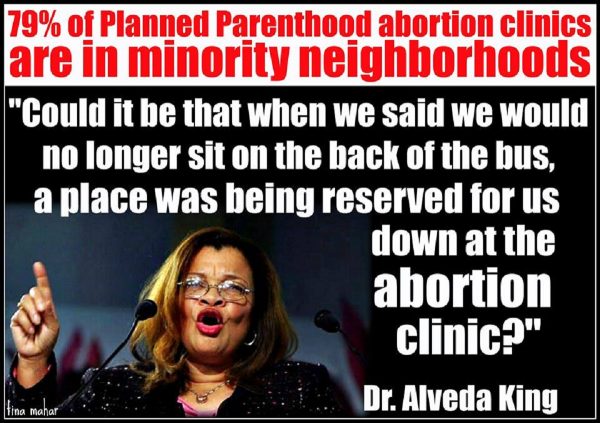