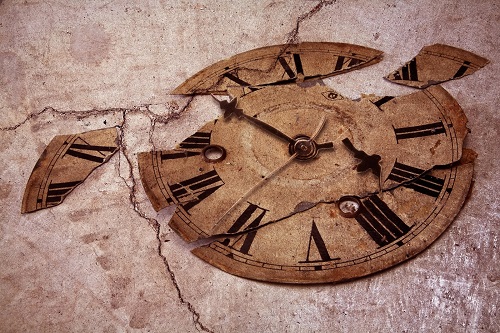 We are only two months into 2015, and it has already proven to be the most volatile year for the economic environment since 2008-2009. We have seen oil markets collapsing by about 50 percent in the span of a few months (just as the Federal Reserve announced the end of QE3, indicating fiat money was used to hide falling demand), the Baltic Dry Index losing 30 percent since the beginning of the year, the Swiss currency surprise, the Greeks threatening EU exit (and now Greek citizens threatening violent protests with the new four-month can-kicking deal), and the effects of the nine-month-long West Coast port strike not yet quantified. This is not just a fleeting expression of a negative first quarter; it is a sign of things to come.

Stock markets are, of course, once again at all-time highs after a shaky start, despite nearly every single fundamental indicator flashing red. But as Zero Hedge recently pointed out in its article on artificial juicing of equities by corporations using massive stock buybacks, this is not going to last much longer, simply because the debt companies are generating is outpacing their ability to prop up the markets.

This conundrum is also visible in central bank stimulus measures. As I have related in past articles, the ability of central banks to goose the global financial system is faltering, as bailouts and low-interest-rate capital infusions now have little to no effect on overall economic performance. The fiat fuel is no longer enough; and when this becomes apparent in the mainstream, all hell will indeed break loose.

The argument that banks can prop up the system forever is now being debunked. In this series of articles, I will cover the core reasons why this is happening, starting with the basis of all economics: supply and demand.

The Baltic Dry Index has been a steadfast indicator of the REAL economy for many years. While most other indexes and measures of fiscal health are subject to direct or indirect manipulation, the BDI has no money flowing through it and, thus, offers a more honest reflection of the world around us. In the past two months, the index measuring shipping rates and international demand for raw goods has hit all-time historical lows, plummeting 57 percent over the course of the past 12 months and 30 percent for the year to date.

The dwindling lack of demand for shipping presents obvious challenges to mainstream talking heads who contend that the overall economic picture indicates recovery. That’s because if demand for raw goods has fallen so far as to produce a 57 percent rate drop over the past year, then surely demand for the consumer goods that those raw goods are used to produce must be collapsing as well. The establishment machine has used the same broken-record argument against this conclusion, despite being proven wrong over and over again: the lie that fleet size is the cause of falling shipping rates, rather than a lack of demand for ships. This is the same argument used by pundits to distract from the problems inherent in the severe drop in oil prices: that oversupply is the issue, and that demand is as good as it ever was. Forbes has even attempted to outright dismiss the 29-year low of the BDI and alternative economic analysts in the same lazily written article.

First, let’s address the issue of global demand for goods. Does the BDI represent this accurately? Well, as most of you know, the real picture on manufacturing and export numbers is nearly impossible to come by considering most, if not all indexes fail to account for monetary devaluation and inflation in costs of production. For instance, mainstream propagandists love to argue that manufacturing (like retail) generally posts at least small to modest gains every year. What they fail to mention or take into account is the added costs to the bottom line of said manufacturers and retailers, as well as the added costs to the end consumer. Such costs are often not addressed in the slightest when final numbers are tallied for the public.

In manufacturing, some numbers are outright falsified, as in the case of China, where officials are forcing plant managers to lie about output.

In my view, any decline made visible in the false numbers of the mainstream should be multiplied by a wide margin in order to approximate what is going on in the real economy. China, the largest exporter and importer in the world, continues to suffer declines in manufacturing “expansion” as it’s PMI suggests orders remain steadily stagnant.

“Official” statistics show a 3.3 percent decline in Chinese exports in January from a year earlier, while imports slumped 19.9 percent. Exports slid 12 percent on a monthly basis while imports fell 21 percent according to the Customs Administration.

In Japan, despite the falling Yen which was expected to boost overseas demand, export growth declined for last year, certainly in terms of export volume. The recent “jump” in January does nothing to offset the steady erosion of Japanese exports over the past five years and the flat demand over the past two years.

Japan’s manufacturing expansion has slowed to the slowest pace in seven months.

In Germany, the EU’s strongest economic center, industrial output has declined to the lowest levels since 2009, and factory orders have also plunged to levels not seen since 2009.

Despite the assumptions in the mainstream media that lower oil prices would result in high retails sales, this fantasy refuses to materialize. Retail sales continue the dismal trend set during the Christmas season of 2014,with the largest decline in 11 months in December, and continued declines in January.

Oil is certainly the most in-our-face undeniable indicator of imploding demand. Volatility has skyrocketed while pump prices have dropped by half in many places. One may be tempted to only see the immediate benefits of this deflation. But they would be overlooking the bigger picture of global demand. Oil is the primary driver of economic productivity. Dwindling demand for oil means dwindling productivity which means dwindling consumption which means a dwindling economy. Period.

OPEC reports announce downgraded global demand for oil above and beyond expectations. Oil demand has fallen to levels not seen since 2002.

Beyond the issue of real global demand for raw goods, the argument that the BDI is being gutted only due to an oversupply of cargo vessels also does not take into account the fact that Shipping companies often SCRAP extra ships when demand falters.  I find it rather amusing that mainstream economists seem to think that dry bulk companies would continue a trend of fielding cargo ships they don’t use causing an artificial drop in freight rates.  As far as I know, such companies are not in the habit of undermining their own profits if they can help it.  When an oversupply of ships occurs, companies remove unused vessels either through scrap or dry dock in an attempt to drive freight rates back up to profitable levels.  This often works, unless, it is DEMAND for cargo shipping that is the issue, not the supply of ships.

Ship scrapping boomed in 2013 and has not stopped since.  In fact, dry bulk mover COSCOdismantled at least 17 ships in the month of January alone and has been dismantling ships consistently since at least 2013.  The trend of scrapping is often glossed over by shippers as a “modernization effort”, but the fact remains that cargo companies are always removing ships from supply in order to maximize rates and profits.

Finally, global shipping giant Maersk Line now openly admits that the primary detriment to shipping rates, the reason the BDI is falling to historic lows, is because of falling demand in nearly every market; ship supply is secondary.

Does falling demand result in a lack of fleet use and thus “oversupply”?  Of course.  However, this chicken/egg game that establishment economists play with the BDI needs to stop.  Falling demand for goods came first, the number of unused ships came second.  This is the reality.

A rather cynical person might point out that all of the stats above come from the propaganda engine that is the mainstream, so why should they count? I would suggest these people consider the fact that the propaganda engine is constantly contradicting itself, and in-between the lines, we can find a certain amount of truth.

If manufacturing is in “expansion”, even minor expansion, then why are exports around the world in decline? If the Baltic Dry Index is dropping off the map because of a “supply glut of ships”, then why are other demand indicators across the board also falling, and why are major shipping agencies talking about lack of demand? You see, this is what alternative analysts mean by the “real economy”; we are talking about the disconnect within the mainstream’s own data, and we are attempting to discern what parts actually present a logical picture. The media would prefer that you look at the economy through a keyhole rather than through a pair of binoculars.

Beyond this lay the true beneficiaries of public oblivion; international corporate moguls, banking financiers, and political despots. Corporations and governments only do two things relatively well — lying and stealing. One always enables the other.

The establishment has done everything in its power to hide the most foundational of economic realities, namely the reality of dying demand. Why? Because the longer they can hide true demand, the more time they have to steal what little independent wealth remains within the system while positioning the populace for the next great con (the con of total globalization and centralization). I will cover the many advantages of an economic collapse for elites at the end of this series.

For now I will only say that the program of manipulation we have seen since 2008 is clearly changing. The fact of catastrophic demand loss is becoming apparent. Such a loss only ever precedes a wider fiscal event. The BDI does not implode without a larger malfunction under the surface of the financial system. Oil and exports and manufacturing do not crumble without the weight of a greater disaster bearing down. These things do not take place in a vacuum. They are the irradiated flash preceding the deadly fallout of a financial atom bomb.

REMINDER:  Alt-Market’s winter donation drive is now underway!  If you would like to support the publishing of articles like the one you have just read, visit our donations pagehere.  We greatly appreciate your patronage.