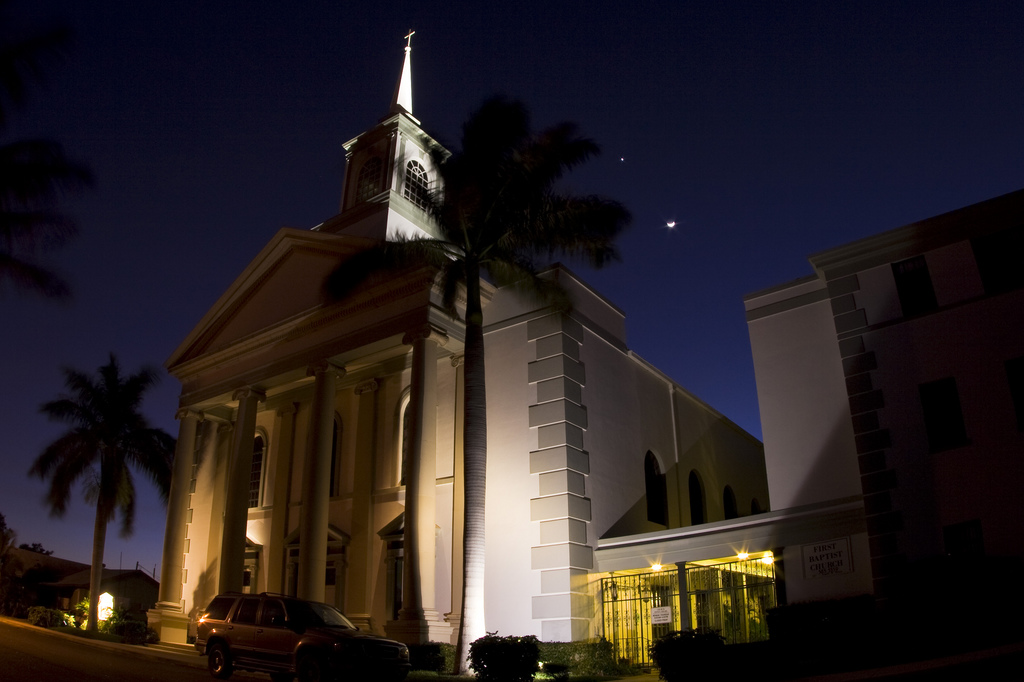 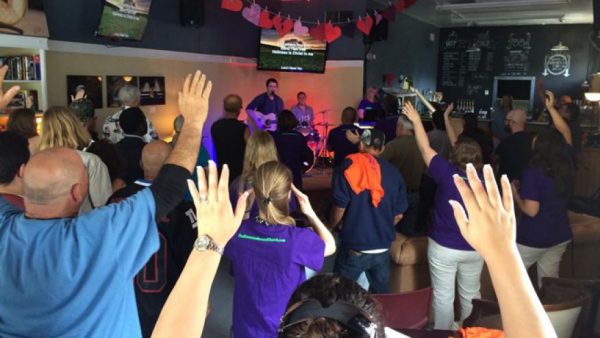 In what sounds like a chapter out of Orwell’s 1984, the city of Lake Worth in Florida has been involved in some disgusting deals of late. The city started down a dark and unconstitutional road when they began demanding that any church operating in their town acquire a business license to operate. The fact that this requirement quite obviously violates the First Amendment in multiple ways (freedom of religion, freedom of speech, freedom of assembly) did not deter the city from pushing forward in their persecution.

The city didn’t stop with their draconian regulations though… they went much further.

The city was so worried about the dangers posed by Christianity that they went so far as to send in a code enforcement officer to spy on a congregation that was meeting in a local coffee house!

Common Ground Church owns and operates the coffee house and has been using the space for worship services over the last three months. The Pastor of the church, Mike Olive, said that their troubles began after he met with city commissioner Andy Amoroso.

“After we opened up the coffee bar and started doing services, I heard that he told people we were anti-gay,” Olive said. “So I went to his shop to ask him about that.”

Pastor Olive told me he tried to convey to Amoroso that the church’s message is ‘Love God, Love People.’

“Our message to the gay community is the same as it is to the straight community,” he said.

The commissioner, Olive said, did not seem to appreciate his message.

“He pointed at me and said, ‘Listen, you better not have a church down there,” Olive recounted.

Then, on February 8, a city code enforcement officer showed up for Sunday service wearing a hoodie and hiding a video camera. The next week, another city official showed up at the church and told the congregation that they had one week to vacate the premises because they were operating a church without a proper business license. Apparently, 100 people could gather there to buy and drink coffee, but not to worship Jesus.

A story from the Lake Worth Tribune makes it clear that the Common Ground Church isn’t the only one suffering under the iron fist and unconstitutional rule of the city commissioners.

“It’s brand new,” Pastor Joan Abell of the First Presbyterian Church told the Tribune this week. “We’ve been there 99 years and we’ve never had to have a license.”

The church’s administrative assistant, Barbara Stanton, says she called the city and spoke with a woman who said there would be no fee for a business license if the church produced paperwork showing that it was approved as a tax-exempt organization by the IRS. Stanton says she called the Presbytery and asked for this. When they’d located it, and sent to it Lake Worth, she had a church member take it down to the city offices at Second Avenue North, where they issue business licenses.

“She wouldn’t even accept it,” says Stanton. “She said no.”

She said the church member, John Powell, went to Commissioner Andy Amoroso to ask him about the license. “He said, ‘Oh, it’s for your own good,'” said Stanton.

“I’d like to know what the bottom line of this is, and why,” said Pastor Joan Abell.

Abell is the interim part-time pastor of the First Presbyterian Church, located at 231 North Federal Hwy. She was brought in to help the church get back on its feet after a steep decline in membership. The church only has 17 members left and most of them are elderly.

“Where do you all of a sudden say the church has to have a license to gather and pray?” asked Abell. “The session is not very pleased about it,” she said, talking about the board that leads the church. “They’re quite upset about it.”

Mat Staver, founder of Liberty Counsel, a law firm specializing in religious liberty cases, is representing Common Ground Church in their fight against the city.

“Government employees are public servants and prohibited by the Constitution from inhibiting religious freedom. That is a far cry from sneaking around and into a church and acting like KGB agents.” He also reminded the city of Lake Worth that, “Churches are not businesses and need not obtain such licenses.”

As of now, Common Ground Church has ceased meeting in their coffee house, and the church has been forced “underground,” which is as disheartening of a sentence as I’ve ever had to write.

This is America. Our foundation is solidly built on the tenets of freedom of religion, association and speech. The fact that any orthodox Christian worshipper is forced “underground” in our supposedly “free” nation is a travesty that would make our founders spin in their graves.