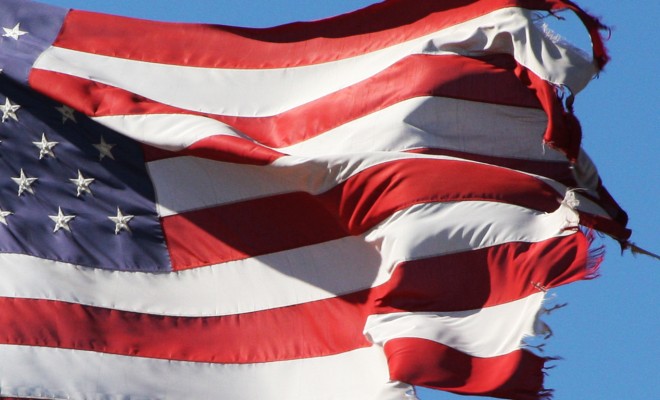 (INTELLIHUB) — The modern American empire; i.e. the Corporation of the United States, will eventually fall just like the Roman Empire did as stark similarities parallel both civilizations. Both empires merely echo each other, the only difference being their era.

Just like the U.S. in 2015, the ancient Roman Empire was very powerful culturally, militarily, economically, and politically. It had a little of everything and is still to this day considered one of the biggest empires in world history. However at one point the Roman Empire fell, and when it did it fell hard.

One of the top reasons the Roman Empire fell was that “constant wars and overspending had significantly lightened imperial coffers, and oppressive taxation and inflation had widened the gap between rich and poor.”, as Evan Andrews wrote in a report posted at History.com. This is exactly what is happening with the U.S. today as we have been inundated with endless wars in the middle-east now for decades. These endless wars make the powers-that-be rich as they funnel appropriated taxpayer funds, and even funds from the black budget, into their private corporations which manufacture related products such as smartbombs, tanks, fighter jets, drones, night-vision, body-scanners, and other equipment.

Shockingly Andrews analysis pointing to the Romans “economic troubles” and “over reliance on slave labor” inadvertently also describes our current situation here in America. Perhaps we are at the same fork in the road the Romans were at when their empire was wiped off the map. It’s as if no one in charge learned their lesson from history, they just want to repeat it over and over again, kinda like the movie Groundhog Day (1993) with Bill Murray, where his day keeps repeating itself.

Although over taxation, over expansion, and overspending crippled the Roman Empire the oligarchs at the time just kept feeding it to keep it all going, anything to keep the wheels of the machine turning while they did nothing to contain the actual problem which was themselves. They were just spinning their wheels, going nowhere, much like we are in the here-and-now. It’s the way it has all been set up. The wheels are already in motion. It’s like a massive, out of control, runaway, monster truck headed toward the grandstands with the throttle stuck wide-open. In fact there is no stopping it. The machine is already fully engaged. They’ve dropped the hammer and the wheels look like they are going to fall off.

The U.S. government is a massive obese bureaucracy of red tape, code, and law. Everything is backwards of how it should be. Upside-down. Opposite. Inside-out. Federal spending is out of control. The national deficit is $18 trillion and growing. Needless to say like Rome, America too has lost most if not all of its traditional values.

Ladies and gentlemen we have witnessed the rise of Big Brother, but now the question remains: how long do we have before the fall of the republic?

“Party til’ the wheels fall off”, as the entertainment industry would say.