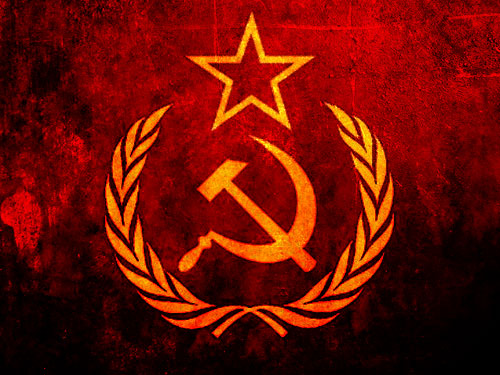 Check out the fruits of the modern American public education system in action (via KRQE News 13 Albuquerque):

They’re calling it “prom-munism.” Seniors at an Albuquerque school want their prom to have a Communism theme. Seniors at Cottonwood Classical Preparatory School near I-25 and Paseo del Norte voted online this week for the theme of their prom this year.

“They wanted prom-munism, so that’s what got voted for the most,” said senior Sarah Zachary.

She voted for “A Night in the Reef,” because the prom is expected to take place at the Albuquerque Aquarium on April 25.

So what’s on the night’s agenda? Will the festivities be a little of this, little of that? Are the couples going to show up at the door for prom all dressed up only to be disarmed and have their babies forcibly aborted under a one-child policy before being systematically starved to death or dragged off to camps and shot?

Oh, and then there’s this:

“We have a lot of jokesters in our grade, so they wanted it to be funny and a lot of them are really intense with politics,” Zachary said.

However, students who asked to remain anonymous don’t believe Communism is a joking matter.

Not a joking matter, huh, anonymous high school seniors who just so happen to be our nation’s future??

Well could you please tell that to the 94 million people killed by Communism just in the 20th century alone?

I’m sure they would find your cute little “prom-munism” oh-so-fascinating… You know, had they not all been murdered by Communism.