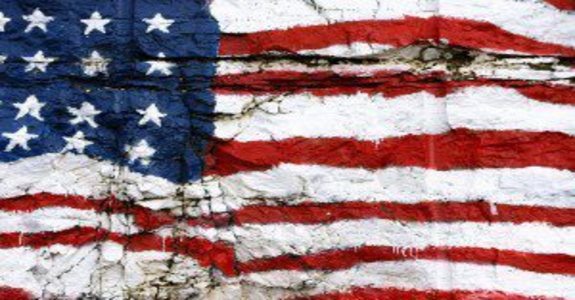 Colleges are supposed to be the place where young minds are molded, new ideas are entertained and skills and knowledge expanded. Sadly, instead, our places of higher learning have become havens of faux-intellectualism and cradles for ignorance. Our students are seemingly becoming more close-minded and far less accepting of diversity, even as they claim to hold these ideas sacrosanct!

Our latest example of such fake inclusivity comes from the University of California at Irvine, which just voted to BAN flags from hanging in their main lobby.

The reason that the student government chose to ban the flags? Apparently, flags are… “OFFENSIVE.”

When did this happen? When did flags, which are simply the symbolic representations of a nation, become “offensive”? As far as I know, the University of California in Irvine, CA is still in the United States of America. Knowing this, how then is it possible that the symbol for the country within which the school resides be “offensive”? Is it offensive that UC Irvine is in America? Is it offensive that America exists? The idea that our flag should offend anyone attending or even walking through UC Irvine is patently ridiculous.

But let’s let the pseudo-intellectuals at UC Irvine explain what they mean, shall we?

“[F]lags construct paradigms of conformity and sets [sic] homogenized standards for others to obtain which in this country typically are idolized as freedom, equality, and democracy,” the bill reads.

The legislation argues that flags may be interpreted differently; the American flag, for example, can represent “American exceptionalism and superiority,” as well as oppression.

“[T]he American flag has been flown in instances of colonialism and imperialism,” the bill continues, arguing that “symbolism has negative and positive aspects that are interpreted differently by individuals.”

“[F]reedom of speech, in a space that aims to be as inclusive as possible[,] can be interpreted as hate speech,” the bill reads.

“Let it be resolved that ASUCI make every effort to make the Associated Students main lobby space as inclusive as possible.”

“Let it further be resolved that no flag, of any nation, may be hanged on the walls of the Associate Student main lobby space.”

“Let it be further be resolved that if a decorative item is in the Associate student lobby space and issues arise, the solution will be to remove the item if there is considerable request to do so.”

Disturbing, no? Not only do some of these students obviously hold animus towards the United States – the nation that has offered them the freedom to be educated wherever they wish, to study whatever they wish and to speak freely and negatively about them – but they also seem to give preference to inclusivity above freedom of speech!

To “respect” inclusivity the students would restrict the rights of some to speak freely. Which doesn’t seem very inclusive at all, does it? I wonder what an exercise in inclusivity might look like? No doubt a pro-gay marriage group might be welcomed, but a pro-traditional marriage group be excluded. Or a Wiccan religious group be granted access while a Christian study group be banned? This is the type of inclusivity conservatives and Christians are finding on campuses all over the country… and I have no doubt that UC Irvine is the same.

Meanwhile, at UCLA, it’s Jewish students who are being excluded from the very inclusive student government. Rachel Beyda is a bright student and well-qualified for the position in her student government, which she was a candidate for – however the people voting to give her the position weren’t sure she could be “unbiased” because of her Jewishness.

The UCLA student newspaper, the Daily Bruin, reported that the four student representatives who contended against Beyda were Fabienne Roth, Manjot Singh, Negeen Sadeghi-Movahed and Sofia Moreno Haq, according to the Jewish Journal.

Roth reportedly began the assault by querying Beyda, “Given that you are a Jewish student and very active in the Jewish community, how do you see yourself being able to maintain an unbiased view?”

Sadeghi-Movahed added: “For some reason, I’m not 100 percent comfortable. I don’t know why. I’ll go through her application again. I’ve been going through it constantly, but I definitely can see that she’s qualified for sure.” Sadeghi-Movahed apologized on Facebook February 12.

One witness called the proceedings “disgusting” and described the animosity voiced simply because of the candidates Jewish heritage.

“What followed was a disgusting 40 minutes of what can only be described as unequivocal anti-Semitism, during which some of our council members resorted to some of the oldest accusations against Jews, including divided loyalties and dishonesty.”

Yes, in an effort to defend inclusiveness, the student council at UCLA almost voted against a student simply on the basis of their religious/ethnic identification. This is the new standard of morality that the modern liberalism has developed and is propagating in our nation’s dens of higher education. It’s a strangled version of Orwellian “newspeak,” where up is down and left is right. Speech, religion and thought are all freedoms to be crushed while promoting inclusivity, equality and fairness. And sadly, it seems that these mentally and morally stunted students can’t see the blatant hypocrisy in what they believe and the actions they are promoting.