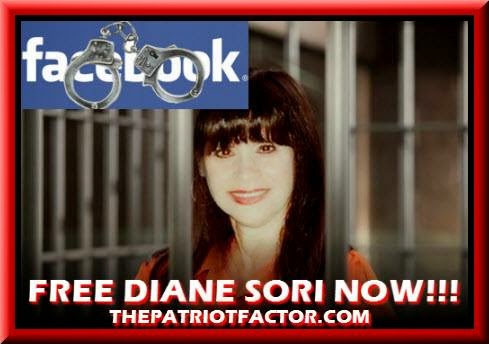 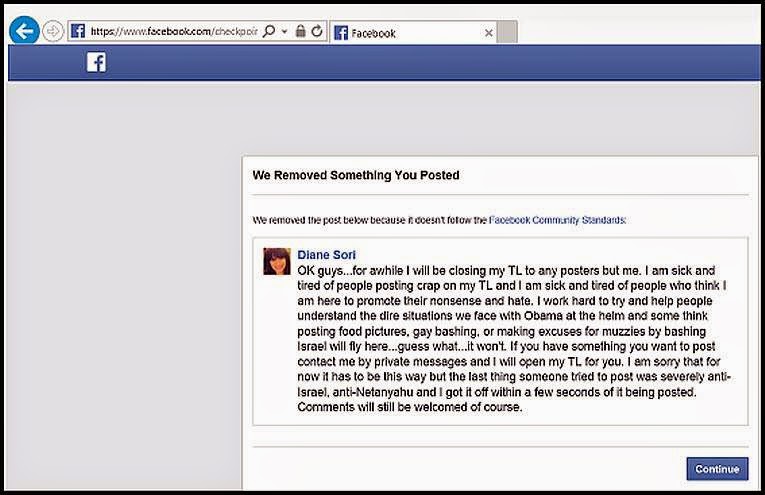 Well guys, this blogger is back in Facebook jail for 30 days yet again and with NO explanation as to why. Just telling me that my post to the right has been removed… refusing to tell me what if any Community Standards this post had supposedly broken… Facebook gave me NO chance to remove it on my own or even to contest why they took it down…just poof…I was another inmate hauled off to the infamous Facebook jail. Just another case of ‘selective enforcement’…just another case of Facebook ‘selectively’ targeting conservatives.

The Facebook ‘gods’ as I call them…and notice the lower-case ‘g’ even though we know that Facebook considers themselves ‘THE’ god of the internet…seem to be again targeting NOT only me but other conservative posters as well and are increasing those numbers with each passing day. And it will get worse…much worse…the closer we get to the 2016 presidential election.

But since I can only speak for myself, here are but two examples of my previous ‘unfortunate incarcerations.’ While the other times I was thrown in Facebook jail I was always given a reason as to why…albeit reasons that were pure nonsense at best…this particular reason took the cake. A year or so ago I was banned for 60 days for a post I did NOT post nor did I even comment on. Facebook came up with the lame excuse that it was because I was one of ten or so admin on the page where the post was shown…a pro-Sarah Palin page I might add…and that as such I should have caught the post in question even though I was NOT online all day…sigh…the inhumanity of it all (sarcastically said)…and even when proven that I was NOT online they still refused to release me from my 60-day timeout in Facebook solitary confinement.

And here is a more recent example of where I, Diane Sori…known conservative blogger and radio talk show co-host…was again selectively ‘targeted.’ Remember the captured Jordanian pilot whom ISIS burned alive and all over the internet both the still pictures and the video of this barbaric atrocity was shown…including on many Facebook pages besides my own…yet it was my page that was reported by liberal Obama trolls as perpetrating violence. Little me was ‘supposedly’ perpetrating violence but the savages who did this were given a free pass by Facebook…guess to them it’s just ‘boys will be boys’…and the liberal trolls who reported me got their pat on the back for a job well done in catching another (gasp) conservative poster.

So now you know just a bit of what we political conservatives are up against… especially those of us who believe in the ‘One True Living God’ of the Christians and Jews and who are vehemently opposed to the political cult known as islam…and in a word it’s called ‘targeting.’

And I believe that I was ‘targeted’ because in my post besides standing strong with Israel, I used the word ‘muzzies’ to describe those who want all we infidels dead. But what word was I to use pray tell, because according to Facebook you can’t say muslim, you can’t say islamists, you can’t say moslems, you can’t say anything that the ragheads…ooops you can’t say that either…deem offensive or you will garner the ire of the Facebook ‘gods’ so I chose ‘muzzies’…a word I’ve used for years. And I even explained in a Facebook post from about a year ago that I and others use that word to keep us below the islamists radar as the muslim computers seem NOT to recognize the double z. Simply, this allowed us NOT to be at the mercy of retaliation by the many islamists who peruse Facebook looking to cause trouble for those of us who do NOT stick our butts up in the air five times a day to pray to the made-up god of a delusional madman.

So it seems you can’t criticize savages…as words needed are NO-NO…yet all over Facebook are anti-Christian/Catholic groups, pages, and sites, that speak words and show images of blasphamy, and where anti-Jewish groups, pages, and sites spew both pro-Nazi and anti-Semitic propaganda. And when one complains about them, Facebook responds that the sites themselves or the imagery or words used do NOT violate their Community Standards, thus allowing these hateful groups, pages, and sites to remain up. But use the word ‘muzzies’ and it’s off to Facebook jail you go with NO explanation as to why that word is now suddenly found to be offensive. 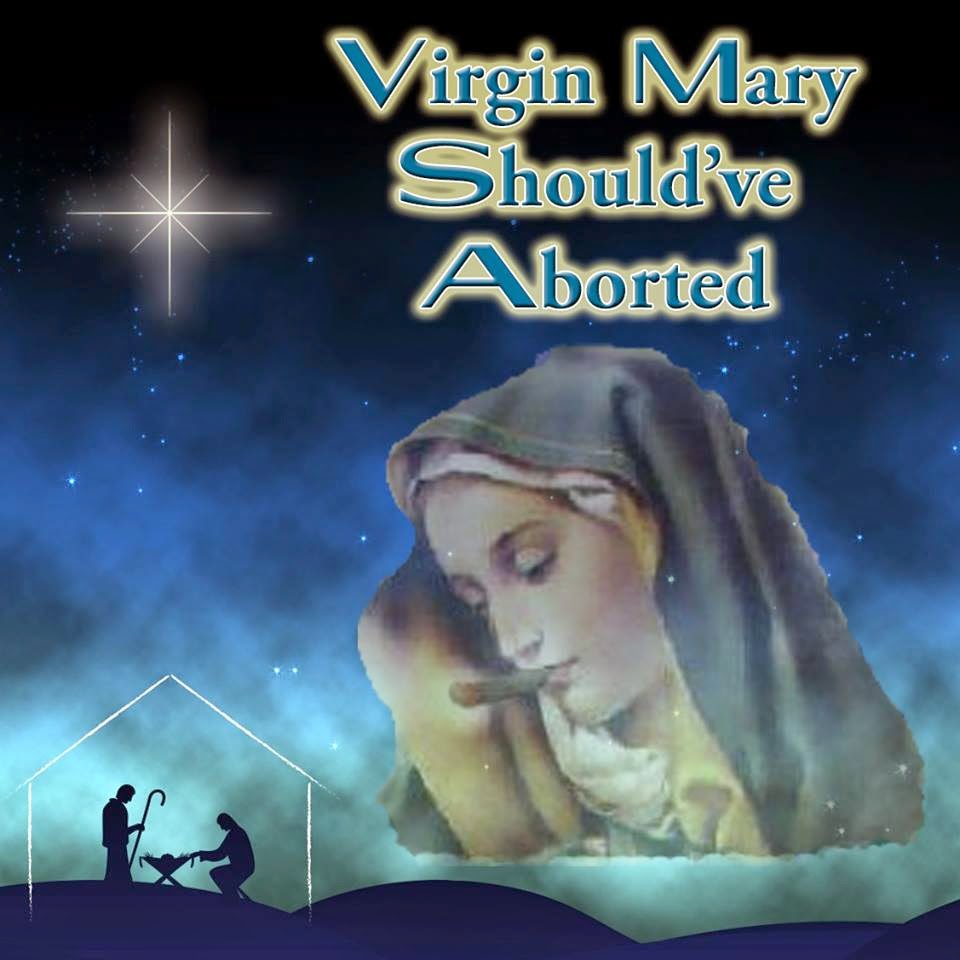 Now let me tell you why I decided at this time to do a bit of research. On March 6th through my newsfeed came an article titled “Rothchild Fu*ktards,” filled with all sorts of Jew-hating, Israel-hating rhetoric. Appalled that this article was allowed, I then discovered numerous anti-Semitic and anti-Catholic/Christian Facebook groups and pages. Here are just a few…the first one is called ‘Jewish Ritual Murder’ (https://www.facebook.com/pages/Blood-lib…fref=ts&rf=136929732996445), and though Facebook was called to task for their saying the page did NOT violate its Community Standards even though it outwardly promotes hatred of Jews and spews lie after lie about Jewish history, it’s still up and gaining members daily.

Then I came across a group called ‘Peneadicto XVI’ (https://www.facebook.com/PeneadictoXVI) which daily sends out anti-Catholic/Christian and anti-religion messages to over 44,000 followers in Spanish…followed by a most vile group called ‘The Virgin Mary Should’ve Aborted’ (https://www.facebook.com/VirginMaryShoul…) where the title alone should have one seething. The list is endless but because they’re started and administrated by liberals, anti-Semites, anti-Catholics/Christians, atheists, muslims, or muslim supporters, the Facebook ‘gods’ look away to the hate these groups continue to perpetrate.

And while Facebook claims they ban posts that endorse terrorist groups like the ISIS…“We do not permit terrorist groups, such as [the Islamic State group], to use our site and we do not allow any person or group to promote terrorism or share graphic content for sadistic purposes,” or so says Facebook spokesman Andrew Souvall…other pro-islamic groups are allowed on Facebook. The Muslim Brotherhood has a group called ‘Muslim Brotherhood & Sisterhood (MBS)‘ on Facebook (this group posts mostly in non-English and you must use a translating program to read what is said), with CAIR representation also present on Facebook in the guise of a group called ‘CAIR-Committee For American Islamic Relations’ (https://www.facebook.com/groups/23583496…), who claim they reach out to so-called ‘decent’ muslims yet it’s a closed group with few members. But none of these groups have been shut down even with complaints received. Remember, Facebook relies heavily on its users to ‘flag’ offensive posts and comments and rushes to shut down conservatives, but rarely shuts down liberals or islam coddlers.

‘Targeting’…and know that the world ends for Facebook when a conservative dares to criticize or say a word against Barack HUSSEIN Obama and his cronies Eric Holder, Jesse Jackson, and the ever-loving anything but Reverend Al Sharpton…sending the trolls…who set-up phony profiles pretending to be conservatives…to zero in and report you to Facebook for being a racist…and into Facebook jail you go…NO warning…NO get out of jail free card. ‘Targeting’…and heaven forbid your post or comment uses words tying Obama or his policies to muslim islamic terrorists or muslims in general…again Facebook jail beckons. 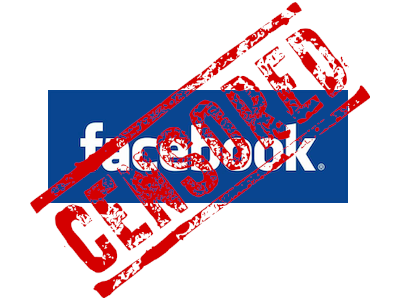 ‘Selective enforcer’ thy name is Facebook… especially when ‘overlooked’ are posts with comments like this one posted on March 5th at 12:44pm where columnist Dan Savage said to Dr. Ben Carson, “Suck my d**k,” or on March 7th at around 6:30pm when one Brian Palmer shared Peter Kling’s photo that said, “Boy they really fucked us good.” So it seems vulgarities like the f-word are OK to use in any context but the warm and fuzzy word ‘muzzies’ gets the dander of the Facebook ‘gods’ up.

And while I am but one of many conservatives ‘targeted’ by Facebook…NOT unlike the IRS’ ‘targeting’ and then denying select conservative groups their rightfully applied for 501(c)(3) tax-exempt status…Facebook knows we need them to get our conservative ‘Take Back America’ message out. They know that even with all the alternative venues combined that they, Facebook, have the largest reach numbers-wise and that it’s numbers that can make or break NOT only the message but can influence an election as well. Remember how Obama used social media to sway 20-somethings to his side both in 2008 and in 2012…well as those 20-somethings now have matured and come to realize how badly they were deceived, Facebook has to stop us from showing them NOT only the truth about the traitorous deceiver himself, along with his equally deceitful and oh so traitorous administration, but they must also stop us from winning them over to the conservative side…and they have to do it before the run-up to 2016 swings into high gear.

And what better way for Facebook to do it and help out their cronies on the left at the same time…than to silence for a given period of time in Facebook jail the voices of those in the forefront of getting that truth out…those being we conservative bloggers and posters.

And so with my purpose on Facebook being to help educate the uninformed with facts, to debunk the conspiracy fabricators, and to first and foremost help take our country back from those encased in liberalism, socialism, communism, and the lies of islam, I will serve out this newest time in Facebook jail…they refuse to even respond to my letter of contest…in the meantime friends will be posting for me on Facebook…but know I will be back stronger than ever in 27 days and counting.