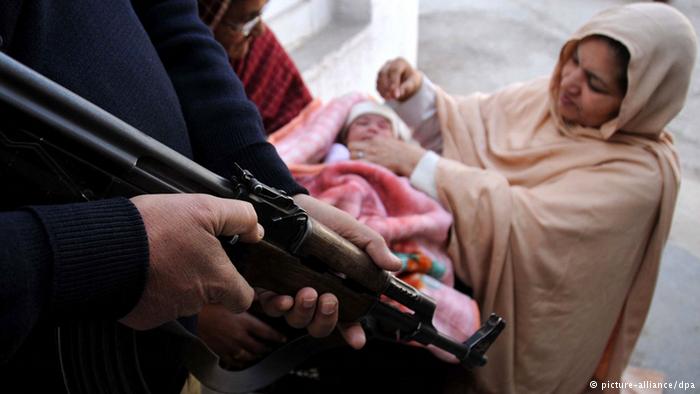 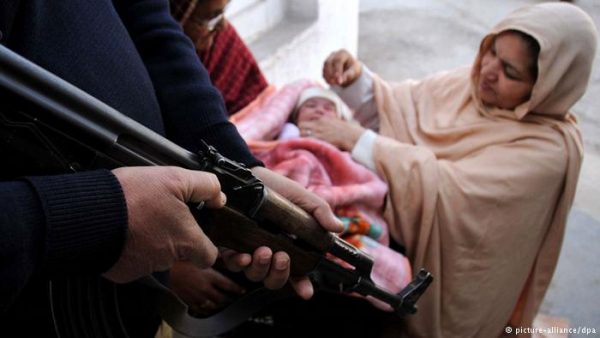 National Geographic recently published a story about the dangers being faced by health care workers in Pakistan. According to journalist Tim McGirk, administering Polio vaccines can get one killed in Pakistan.

And you think that the vaccine debate is intense in America?

Contrary to the American vaccination debate, what you are about to read from the Nat Geo article basically throws any idea of a moral objection to vaccines out the window. The Taliban tried to kill a family connected with local vaccinations. But, once they failed in their objective, they decided to use the situation to attempt to distort money.

If those Polio vaccinations were somehow harming people, or perceived as morally offensive, you would think that a self-perceived “freedom fighter” would finish what they started.

Not in Pakistan. Not with the Taliban.

What is more important is to be reimbursed for the bullets (as if they paid for them in the first place). I could not believe I read this in National Geographic. See for yourself:

PESHAWAR, Pakistan—Naseer was pacing outside the operating room in a Peshawar hospital. Inside, surgeons were trying to extract a bullet from his wife’s leg and grenade shrapnel from his son and a young relative. They had been wounded when the Taliban attacked their house.

“What do you mean?” Naseer yelled. “You already tried to kill us!”

“You think bullets are free like the air?” Naseer recalls the Taliban commander saying. “That attack on your house cost us money. Pay us or we’ll finish the job.”

The night before, Naseer and his wife, Bibi, had gone to bed just before midnight, exhausted after three days of hauling a cooler full of polio vaccines along country roads between fields of mustard and cane, going from farm to farm giving vaccine drops to children. But Naseer and his family were jolted awake by a deafening blast. Then a second blast. Grenades.

The danger to those who administer Polio vaccines in Pakistan is not new. Below is a news report from 2012.

As long as we keep rolling out the red carpet for Muslim immigrants, we are sure to see similar tragedies happen here in America.

In Pakistan the anti-vaxxers don’t settle for writing blog posts. They carry guns and they aren’t afraid to use them.