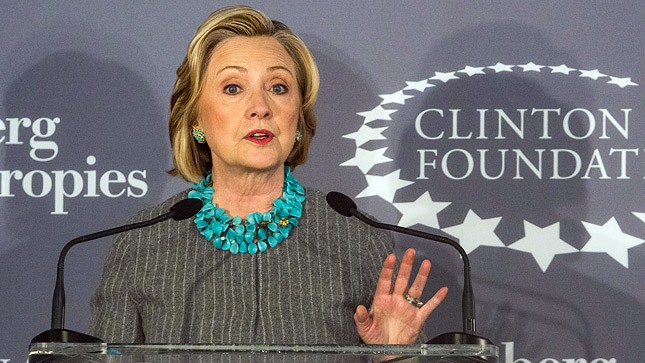 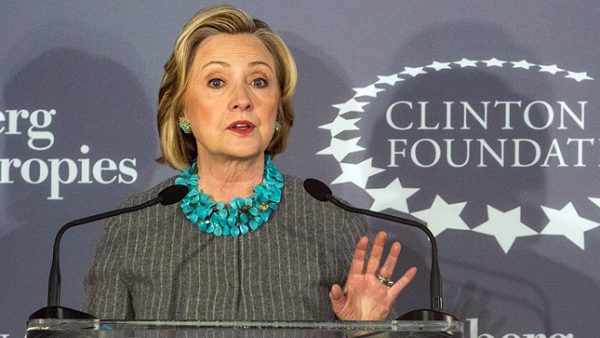 While the Bill, Hillary & Chelsea Clinton Foundation is promoting the myth of the “wage gap” in the United States, the Clinton’s own foundation pays its senior male executives 37 per cent more than their female counterparts.

In a video promo for its ‘No Ceilings’ initiative, which was heavily promoted by YouTube and has since received well over 300,000 views, the Clinton Foundation enlists actress Cameron Diaz to claim, “In the U.S., women make just 78 cents to every man’s dollar.”

This is a completely fraudulent and debunked assertion.

As Christina Hoff Sommers documents, the “wage gap” constantly invoked by feminists, just like the campus rape myth, is completely contrived and falls apart when one drills down into the real statistics.

“No matter how many times this wage gap claim is decisively refuted by economists, it always comes back,” writes Sommers. “The bottom line: the 23-cent gender pay gap is simply the difference between the average earnings of all men and women working full-time. It does not account for differences in occupations, positions, education, job tenure or hours worked per week. When such relevant factors are considered, the wage gap narrows to the point of vanishing.”

However, we can be certain that an even greater “wage gap” exists within the Clinton Foundation itself, where female staff earn just 63 cents for every dollar that male employees make, according to IRS tax filings reviewed by the Weekly Standard.

“A required 2013 IRS tax document that lists the organization’s senior executives (rather than all employees) revealed the apparent male-dominated 37 percent salary disparity,” reports the the Inqusitr.

It was also previously reported that Clinton’s female staffers in her U.S. Senate office were paid 28 per cent less than their male equivalents.

While decrying a supposed nationwide “wage gap” that doesn’t really exist, Hillary is actively overseeing a real wage gap within her own foundation.

This double standard underscores the hypocrisy that runs rampant through Hillary Clinton’s campaign, which she will continue to hitch to the cart of third wave feminism as we move closer to 2016. The alliance makes perfect sense given that both vehemently reinforce the debunked myth of the national wage gap.