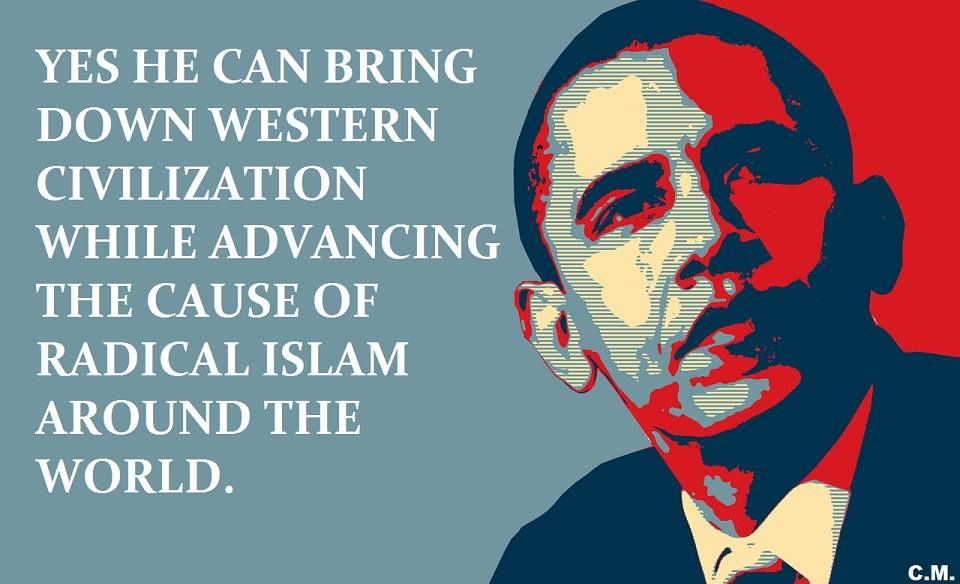 Yesterday while perusing various conservative news websites, I had the disturbing (yet not surprising) headline of a March 9th article at therightscoop.com immediately seize my attention:

In the following excerpt, the article highlights talking points of an interview from the previous week Clapper had with the Council on Foreign Relations where he revealed during a Q&A:

~Clapper suggested that when it comes to training and equipping moderate rebels in Syria, the definition of ‘moderate’ has evolved so that nowadays it really means “anyone who is not affiliated with ISIL”. If you watch the video [accompanying the article] instead of just reading the transcript, you’ll notice Clapper using air quotes several times when he says the word ‘moderate’. He even says at one point “whatever that means“, referring to the term ‘moderate’.~

~”And so one of our challenges is, again, the recruiting and vetting part. So we picked people that not only are moderate, whatever that is, but also we have to be sensitive to complying with the international rules of law, which in this environment is a pretty tough order.”~ 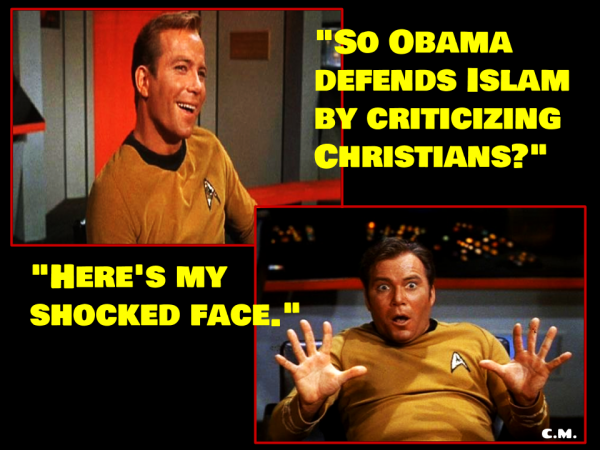 It’s rather astounding when you consider the implications of what Clapper’s saying and how those implications appear to converge with many people’s long held suspicions that the Obama administration had been previously engaged in an illegal gun running operation without Congressional approval out of Benghazi, Libya to al-Qaeda and Muslim Brotherhood linked Syrian rebels. Another notorious gun running operation overseen by this administration which led to the senseless murders of U.S. Ambassador Chris Stevens, Tyrone Woods, Sean Smith and Glen Doherty. Weapons which in the subsequent months managed to fall into the hands of ISIS militants.

Then there was the breitbart.com article going back to July 8th, 2014 by Jordan Schachtel titled:

The Free Syrian Army was said to be a “moderate” and “secular” force, which was used as the rationale by U.S. officials to supply the opposition force with weapons and training. 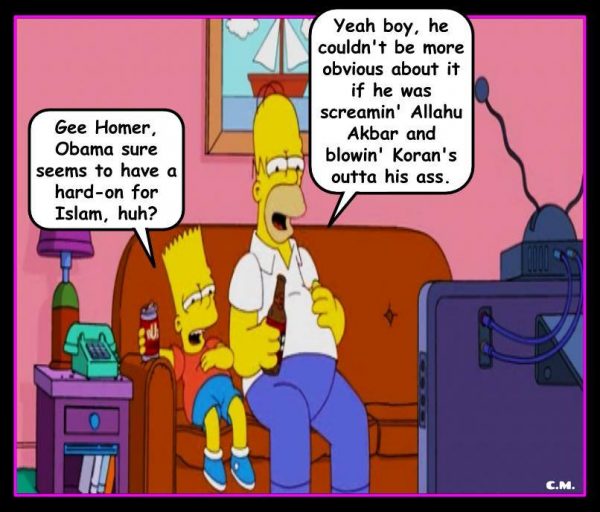 Is it any wonder then that as the Middle East has descended into an abhorrent charnel pit of escalating violence and chaos that Obama’s foreign policy acumen is largely considered to be an abysmal failure (or an overwhelming success depending on who it is you ask). After all, it’s no secret we have the first president who openly holds our closest ally in the Middle East, Israel, with unwavering contempt and hostility. The same president who has actively waged a vicious and systematic political jihad against our own nation and the American people, even as Obama has shown a steadfast bias inclined towards sympathizing with and putting Islam on a pedestal. 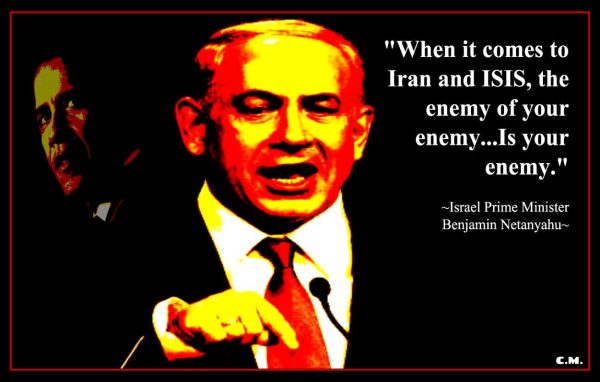 ~Obama has helped radical Islamic groups through his deceptive political legerdemain by waiving a federal law back in 2013 (ironically a few months following the Benghazi terrorist attack by Islamic extremists responsible for the murder of U.S. Ambassador Christopher Stevens and 3 other Americans) meant to prohibit providing weapons to known Islamic terror groups so Obama could provide weapons to a known Islamic terror group by way of supplying weapons to al-Qaeda linked Syrian rebels.

Then in the early months of 2014, Obama lifted a federal ban restricting Middle Eastern refugees who had engaged in any terrorist activity from entering our country to where those who had participated in only ‘limited terrorist activity’ were now allowed entry into our nation. 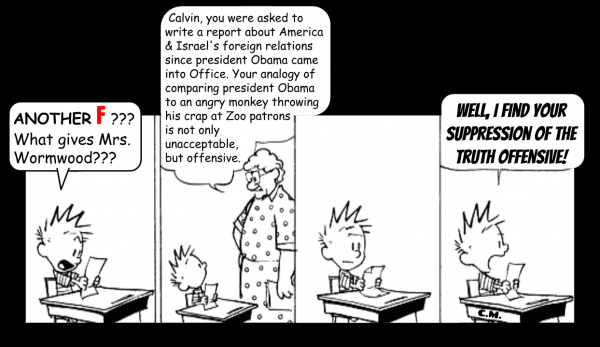 Like I said, those previous clips were just a few of Obama’s greatest hits yet in their brevity, don’t do full justice to the true scope and breadth of this mans gross dereliction and criminal negligence. Gross dereliction and criminal negligence which would have seen any white political figure removed from office by his shorthairs long before now, but God forbid we hold America’s first black president accountable for any of his intentional demolition to our rule of law and way of life. 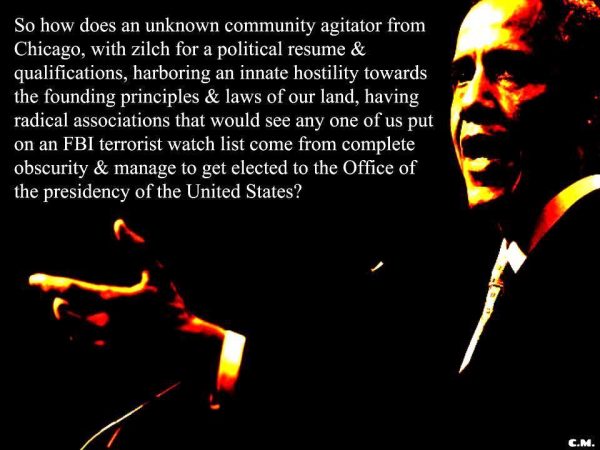 I don’t know how anyone could still attribute historical significance to Barack Hussein Obama at this point and do it with a straight face. Especially given that this previously obscure and unaccomplished Illinois State Senator (without any qualifications or skills whatsoever necessary for the job of president mind you) is now credited by a majority of the American people for being the most racially divisive AND worst president…EVER.

And so it goes. This is the new definition of what normal has apparently become now under the governing extremist precepts of this regime. Every day brings with it just one more outrageous fiasco that only tops the previous days fiasco (or fiascos) before it in this endless train wreck.

The bottom line here is that we have a sitting president who is actively arming radical Islamic enemies of the United States and so far I’ve heard not a single peep from one damn lawmaker about this overt act of Treason.  But what else is new. The lunatics don’t just run the asylum, these bastards are actively tearing it apart from the inside out. 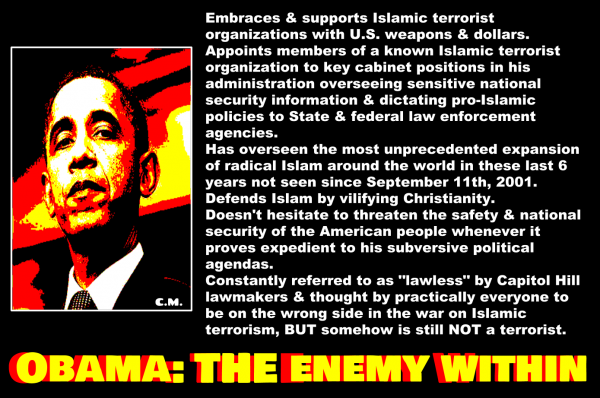