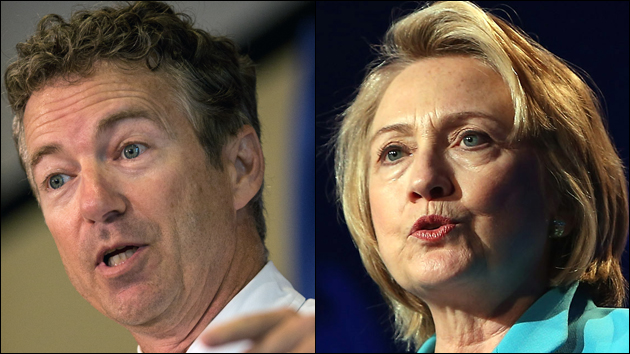 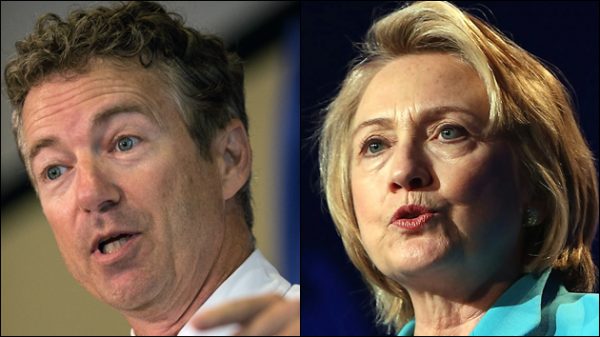 Senator Rand Paul has called for an independent investigation into Hillary Clinton’s email scandal, charging that the Clintons think they are above the law.

“I don’t think the Clintons should be above the law,” said Paul during an appearance on The Kelly File, adding that Hillary’s excuse that she was using a personal email account for “convenience” shouldn’t trump national security.

Later in the interview, Paul charged that Clinton operated out of arrogance in thinking that, “some of these laws apply to lower people and not to me, Hillary Clinton….nobody should be above the law in our land.”

The former of Secretary of State appeared at a hastily arranged press conference yesterday during which she repeated claims that none of the roughly 30,000 emails that were “deleted” from her personal email account were related to official business.

“I don’t see how she can do this email back and forth with the President, how can she email from Libya about worldwide events and expect that those conversations – none of them – were classified,” said the Senator as he called for an independent investigation into the scandal.

Paul cited photographs of Hillary Clinton using her phone during trips to Libya, images which don’t correlate with Rep. Trey Gowdy’s finding that there were “gaps of months, and months and months” in email logs that Hillary had handed over from that time period.

“Can we trust Hillary Clinton to produce all of her email when we couldn’t trust her to obey the law that she had to use a State Department email? The only way we get to the truth is through an independent investigation and I do believe that public opinion can provoke that,” said the Senator, adding that the American public “should not tolerate” Clinton’s secrecy.

Asked whether directions given by Hillary to other State Department officials asking them to avoid using personal email accounts meant Hilary thought she was above the law, Paul agreed, before also touching on the millions of dollars her foundation has received from Middle Eastern countries known for oppressing women.

“This is a couple that have been raising money from foreign countries that have despicable human rights and women’s rights records and they’re somehow to be trusted? ‘Oh we’re taking $20 million dollars from Saudi Arabia, but it didn’t affect any of our policy’ – it’s unseemly and I think the American people will be kind of sickened to see this level of….to me it seems to be deception,” said Paul.

The Senator also speculated that there were a “whole host of conversations” undertaken by Hillary that would be deemed classified if anyone tried to obtain them through a FOIA request.