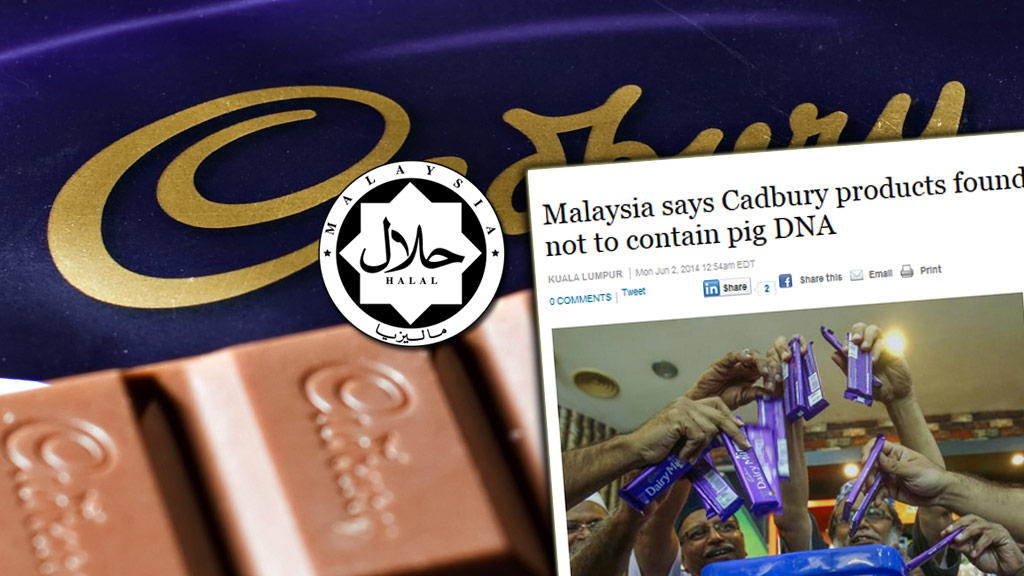 Last Sunday was the third Sunday of Lent, which means Easter isn’t far away, heralded by the return of those cute TV commercials for Cadbury Easter egg and bunny chocolates.

But did you know that those Cadbury Easter chocolates are halal certified? 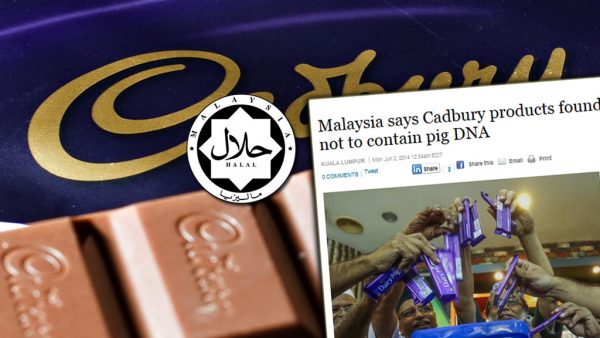 Halal refers to foods that are permissible for Muslims to eat or drink under Islamic Sharia law. The criteria specifies both what foods are allowed, and how the food must be prepared. The foods addressed are mostly types of meat and animal tissue.

The most common example of non-halal (or haraam) food is pork, but foods other than pork can also be haraam. Halal criteria include their source, the cause of the animal’s death, and how it was processed:

But wait! Why would Cadbury have halal-certified Easter chocolates since Muslims don’t celebrate Easter, a Christian holiday?

The discovery that Cadbury has gone halal set off a firestorm of protests on Facebook (FB).

The Daily Mail reports that one FB user vowed she would be boycotting Cadbury Dairy Milk products simply because it is halal certified:

“Dear Cadbury Dairy Milk, this is my chocolate purchase for the fortnight, traditionally it would ALL be Cadbury, as it has been for many MANY years. But due to Cadbury being Halal Certified, Lindt will have my business from here on in.”

When questioned over their decision by other FB users who accused the woman of racism and intolerance, she defended herself saying it was not racist; it was her choice not to support a religion:

“It’s not racist, no Religion / Ideology is a race. It’s about having things forced upon us, against our will. I want to be informed about what I buy. I don’t want to support ANY Religion / Ideology, as I don’t believe in it. I shouldn’t be forced to support it every time I purchase food.”

Below are all the Cadbury products that have been certified as halal compliant:

Muslims don’t celebrate Easter. In fact, the entire celebration of Easter or Passover  is against their religion and considered haram (an insult to their god). So why on earth would you insult 70% of the United States [who are Christians] with stating that you make your products according to religious standards of a religion that can not celebrate Easter?

Pointing out that other food companies have also embraced halal, including Krispy Kreme, McDonalds, and Butter Ball, Walker gets to the real reason behind Muslims’ demand that companies like Cadbury be halal-compliant:

Of course, most chocolate and baked goods are Halal, they are also Kosher. In all my life I have yet to see them stamp Kosher on the Easter Bunnies to get them to sell to good Hebrews during Passover, have you? Nowadays you are bombarded with Halal demands for this and Halal demands for that…. So why the outrage? Because they can.