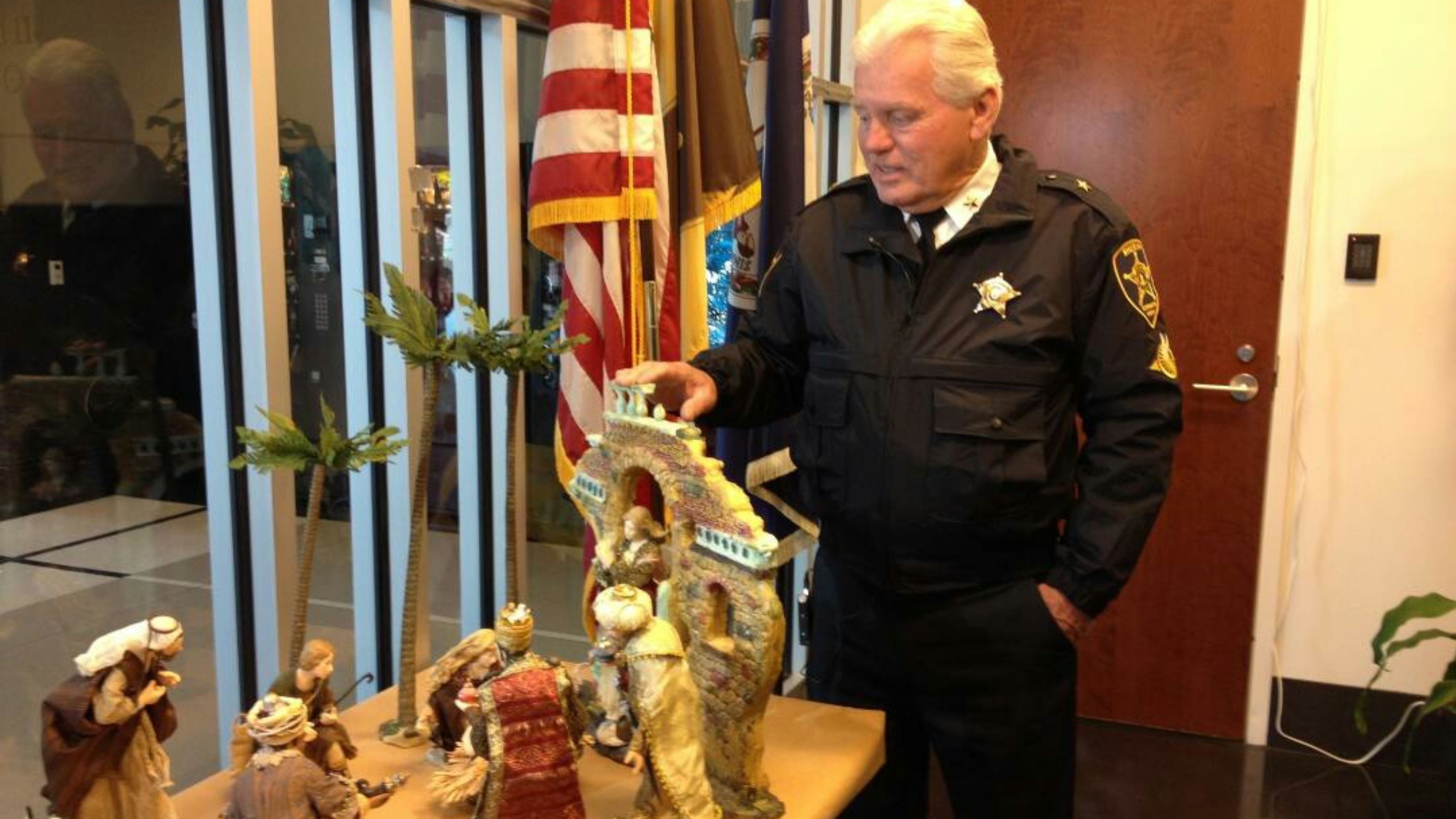 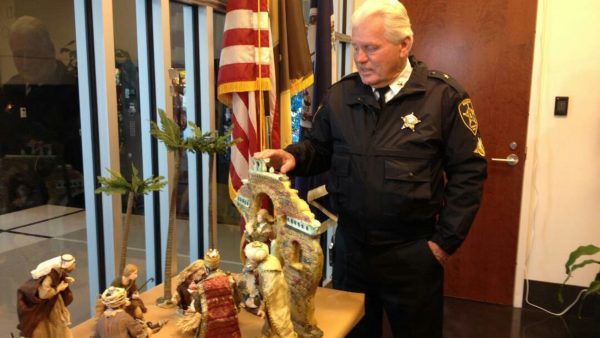 Portsmouth, Virginia Sheriff Bill Watson says he is furious after he was told by a group of judges to remove an American flag from the lobby of a courthouse that was donated by the Portsmouth Fire Department.

Sheriff Watson said his agency got the American flag display as a gift from members of the Portsmouth Fire Department a few weeks ago.

It’s made of old fire hoses which a sign beneath it that reads, “A Tribute to Public Safety.”

Watson said he requested to have it mounted on the wall in the lobby of the courthouse but was shocked by what he was told.

Watson said he was told, “Not only do we not want it on the wall, we don’t want it in the courthouse.”

“I just can’t believe that they don’t want to display the American flag in a courthouse, I mean that’s the most asinine thing I’ve ever heard in my life,” Watson rightly said.

One of the judges, who wanted to remain unidentified, spoke with NewsChannel 3 and said that the courthouse was not the appropriate place to display the flag.

The judge claimed that if you allowed one type of display, then you have to allow all types and it would set a “wrong precedent.”

“They expect my deputies to put their life on the line for a judge,” Sheriff Watson said. “If somebody was going to come into a courtroom with a gun, the deputy is supposed to stand in front of the judge and take a bullet, but yet they won’t let us have our flag, saluting public safety? To me, that’s a slap in the face.”

Sheriff Watson spoke to Freedom Outpost and told us, “You can quote me on this, ‘God bless America. Let the flags fly!'”

Watson said that he hasn’t removed the flag. Rather, he actually put it behind a glass, which gave even more exposure to the flag.

“It’s actually better because it’s behind glass,” the sheriff said. “People can’t really mess with the flag and get fingerprints all over it and it’s only 20 feet from where it was sitting before.”

Furthermore, for whatever reason, the judges didn’t create a stir about other things posted on the walls of the courthouse.

When asked about other things on the wall of the courthouse, Sheriff Watson said, “There’s a Liberty Bell plaque in there even though it says there are no plaques to be posted…. Then there’s the Portsmouth Bar Association, with every picture of every judge, every attorney, the whole nine yards up on the wall, which is an organization… and you aren’t supposed to post anything from any organizations.”

Watson then addressed the fact that judges argued that those judges and attorneys “don’t do business here.”

“Really?” he asked sarcastically. “Every one of them do business here. It’s their bread and butter. I can’t believe they would be stupid enough to say something like that.”

He also pointed out that the chief judge is married to the circuit court clerk, which is an incredible conflict of interest to say the least. He also said that she had her portrait on the wall, as well as sorority items on the wall.

Though Sheriff Watson does not consider the judges to be liberal, he did point out that a lot of politics go on and as a result said that he believes the three remaining judges just simply followed along behind the chief judge’s ruling.

The whole thing seems to have been stirred up because Sheriff Watson had a small sign below the flag that read, “A tribute to public safety.”

“They (the judges) said, ‘It might intimidate people that’s coming into the courthouse that might have lawsuits against a police officer,'” Watson said. “What lawsuit? We haven’t had lawsuits. Police officers haven’t been sued here in a long time. We aren’t Ferguson. Everybody gets along.”

When asked why the flag would be offensive, Sheriff Watson responded, “I guess they think that terrorists might walk through the courthouse… we’ve given them everything else…. We’ve given our country away,… but you mess with my flag, the fight is on baby!”