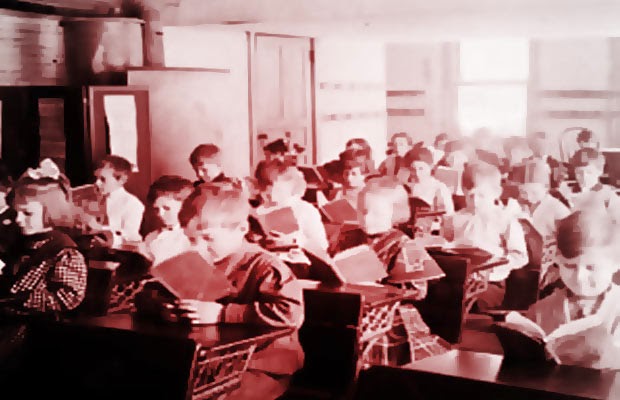 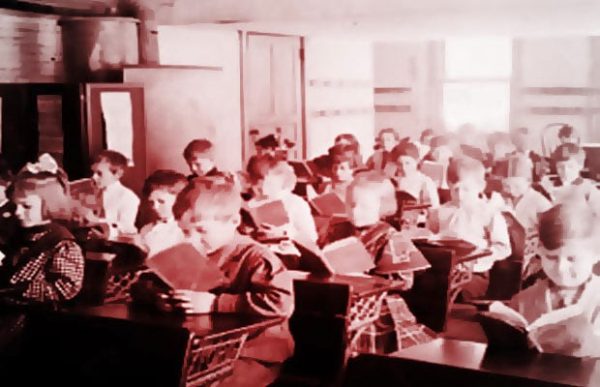 With all this talk about mandatory vaccination, a lot more parents are discussing homeschool as an option (while that option is still available). Besides, how much propaganda do we really want to expose our children to on their path to adulthood anyway?

That being said, the story I’m about to discuss out of the Home School Legal Defense Association (HSLDA) shows the enormity of what homeschooling parents truly are up against in this country.

Let me back up just a bit by saying that yours truly dropped out of high school. I could wax on about how I regret missing my senior prom or that I’ve had a rough go in life without that piece of paper saying I put up with my high school experience for four whole years, but the truth is I don’t and I haven’t.

I went on to get three college degrees including a master’s degree and I’ve spent enough time critically analyzing the system to realize that, overall, a lot of it was pure bullsh*t and a total waste of time. I personally watched people mouth breathe their way through the mind-numbing curriculum at my high school, graduate with Ds, then go on to join the military, for example… people who couldn’t have passed a GED exam if they tried. But, nonetheless, high school is still the standard to live by.

Today, that school experience is magnified. The propaganda we were subjected to back then (guns are scary and bad, support our troops with yellow ribbons no matter what, lawyers and doctors make the most money so go do that, abortion is good) is nooooothing compared to the level of establishment agenda indoctrination being piped into our children’s brains today, complete with a heaping pile of fear to ice the b.s. cake. It’s actually pretty horrifying and a write up of its own… but I digress.

Homeschool allows parents a shot at not subjecting their children to that, and something better, or at least different, than being “taught to the middle,” allowing them much more room to actually learn something. However, the system, as they say, is not rigged in the favor of anyone who tries to think outside of its box.

Take the recent case of 22-year-old Jacob Berry from Morgantown, West Virginia. His parents opted to homeschool Berry and not too long ago he decided to attend West Virginia’s Bridgeport Junior College, enrolling last fall. After one half-time semester where he received A’s in both of his classes, it came to the campus president’s attention that Berry did not have an official high school diploma. Consequently, he was shortly thereafter kicked out of college.

“Your homeschool diploma isn’t state recognized. We can’t mess with our federal funding by having people with unaccredited diplomas here,” she reportedly said. The president had Jacob called to the financial aid office after class and gave him one day to produce an “accredited” diploma.

The next day Jacob was called out of his lecture and attempted to explain again to the president that his diploma was valid. Ms. Stephens refused to listen and suggested he take the GED. When he attempted to attend his next class, the school sent him directly to Ms. Stephens who kicked him out and informed him that he was an intelligent young man who would do well on the GED.

“It was a shock,” said Jacob. “She signed the letter acknowledging that I had been homeschooled and then kicked me out. It hurts me that she would do that to me. I don’t want to be negative, but I do feel like it was discriminatory.”

Jacob’s parents, Dr.  Nathan Berry and Mrs. Cynthia Berry, a woman who reportedly holds a lifetime teacher’s license in the state of Missouri, were also quite shocked, so they contacted HSLDA who attempted to contact the school. Association attorney Michael Donnelly sent a letter to the school’s president informing her that homeschool students self-certify when they complete a home education program, a process that is clearly stated in the federal funding guidelines, but to which the woman apparently refused to respond.

Were it a gender, race, or sexual orientation case, one can only imagine that it would make headlines, prompt court cases and widespread cries of discrimination.

But who cries out for the homeschooled?

When did this group become so ostracized and shunned?

There’s a marked trend of super minds that have been taught in homes rather than mass education facilities. Many in America are aware of the sad state that schools have reached, of the decline in education standards, and in the fall of testing scores and general intelligence and aptitude in the public. It’s not as if anyone believes public schools are the pinnacle of learning…

Why then is there an insistence on processing every child through these fatally flawed institutions, and defending the indoctrination centers to the death?

It is obvious enough that homeschools are too closely related to independent thinkers and the continuation of the individual, the very things that certain but obscure voices have vowed to eradicate.

Building one’s mind the old fashioned way will be increasingly treated the same way conscientious objectors to vaccines are, with the scorn of a system that wants everyone under control.

Melissa Melton is a co-founder of TruthstreamMedia.com, where this article first appeared.  She is an experienced researcher, graphic artist and investigative journalist with a passion for liberty and a dedication to truth. Her aim is to expose the New World Order for what it is — a prison for the human soul from which we must break free.