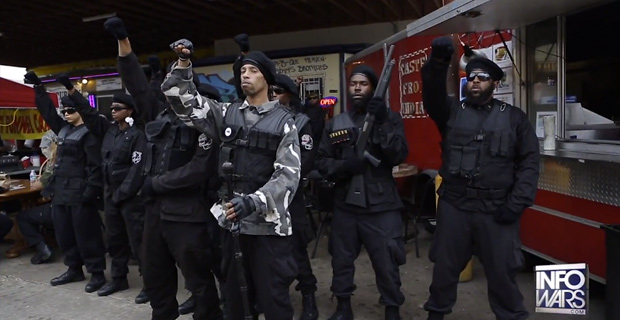 “The only good pig is a pig that’s dead” 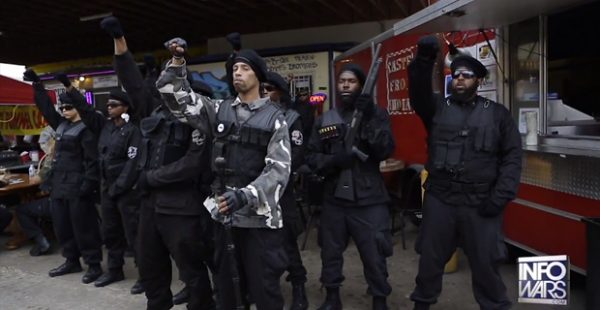 Armed Black Panthers called for the murder of police officers during an open carry march at the South by Southwest festival on Monday.

Members of the Huey P. Newton Gun Club held rifles as they chanted violent anti-cop statements while walking the streets of Austin, Texas.

According to a press release, the group, also referred to as an “Armed United Front,” is composed of multiple black organizations including “Black Lives Matter,” a movement funded heavily by billionaire George Soros.

This is by no means the first time that groups representing the ‘Black Lives Matter’ movement have called for violence against law enforcement.

NYPD cop killer Ismaaiyl Brinsley carried out his brutal execution of two police officers in “retaliation” for the shooting of Michael Brown, leading ‘Black Lives Matter’ protesters to express support for the murders by chanting the same slogans Brinsley had posted on his social media pages.

Dozens of ‘Black Lives Matter’ demonstrators were also filmed in New York chanting, “What do we want? Dead cops. When do we want it? Now!”

We also highlighted numerous Twitter posts last week by ‘Black Lives Matter’ supporters which celebrated the shooting of two officers in Ferguson. This week it was revealed that shooter Jeffrey Williams had made several Facebook posts littered with violent anti-cop rhetoric.

During an event in Portland last year, demonstrators also chanted, “Deck the Halls With Rows of Dead Cops”.